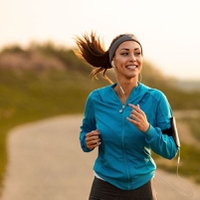 In brief: Business news
Hofseth BioCare reported an “eventful third quarter.” Notable developments included investing in clinical and preclinical studies on medical food, anemia and sarcopenia. The company also received approval from Health Canada for its Salmon Protein Hydrolysate, ProGo and CollaGo. However, the company faced significant headwinds due to pandemic-induced disruptions. This resulted in operating Q3 revenues of NOK 7.6 million (US$828,000), compared to NOK 29.2 million (US$3.1 million) in Q2 2019 when production was fully operational. EBITDA in Q3 was also affected by continued higher-than-expected investments in self-acclaimed successful R&D projects and optimizing production processes.

The distribution momentum for Silly Juice has been rapid, says the company.US-based Silly Juice banked on its “rapid” distribution momentum, with its naturally flavored juices now available at 330 stores in Southern California, including Albertsons, Vons and Pavilions. They are now also on shelves at 160 Albertsons and Safeway stores in Oregon and Southern Washington. Made with real juice and no high fructose corn syrup, Silly Juice is non-GMO, gluten-free, low in sodium and contains no added colors. Following a positive reception for Silly Juice’s direct-to-consumer website launch in August, the brand sold out within four hours of its release.

Laïta changed the name of its health and nutrition business, ESI Nutrition, to Laïta Nutrition to enhance brand visibility and simplify communication. The move also aims to strengthen its position as a global B2B player in the highly demanding market of medical, infant and adult diet nutrition. The new logo will combine the composition and colors of ESI Nutrition with the name and font of the original Laïta logo, as shown below. The company plans to roll out this new identity to all materials, both print and digital.

Pierre-Alain Ruffieux joined Lonza as the company’s new group CEO, following his June appointment. After a year as ad interim CEO, Albert Baehny will resume his role as chairperson of the board of directors. Lonza states Ruffieux joined the company at a “significant moment of opportunity,” supported by increasing global awareness of the critical industry contribution made by pharma and biotech manufacturing technologies.

Laïta Nutrition is the new name for ESI Nutrition to streamline the company’s branding.Supplement provider Nature’s Way unveiled a new line of sambucus products, including Sleep + Immune Gummies for adult supplementation and HoneyBerry Cough Syrups, which come in varieties for both kids and adults. The sleep gummies include melatonin, vitamin C, zinc and Suntheanine L-Theanine, which can help with occasional sleeplessness and support healthy immune function. Meanwhile, the cough drops are made with English ivy leaf extract, which soothes coughs associated with hoarseness, dry throat and irritants.

The US Drug Enforcement Agency (DEA) proposed rulemaking that limits the potency of cannabis extracts during the CBD manufacturing process. Under the Agriculture Improvement Act of 2018, the new DEA rule states that “a cannabis derivative, extract or product that exceeds the 0.3 percent D9-THC limit is a schedule I controlled substance, even if the plant from which it was derived contained 0.3 percent or less D9-THC on a dry weight basis.” The Natural Products Association (NPA) foresees that these proposed rules would have a “devastating impact” on the domestic hemp and CBD industries, creating an environment where hemp businesses are at a “competitive disadvantage to the Chinese [industry].”

Furthermore, the NPA requested in a citizen petition that the FDA amend the Federal Food Drug and Cosmetic Act (FDC Act) allow for zero calorie labeling for branched chain amino acids (BCAAs). In the citizen petition, NPA specifically requested that FDA revise the Nutrition Facts regulations to address the discrepancy of providing caloric values for BCAAs on supplement labels. The NPA also asked that an enforcement discretion policy be issued to allow dietary supplement labels to include BCAAs without specifying caloric values for those ingredients. “Conflicting guidelines” from the FDA have led to an increase in private litigation recently, according to the NPA. This has created “uncertainty in the industry for manufacturers, small businesses and consumers.” 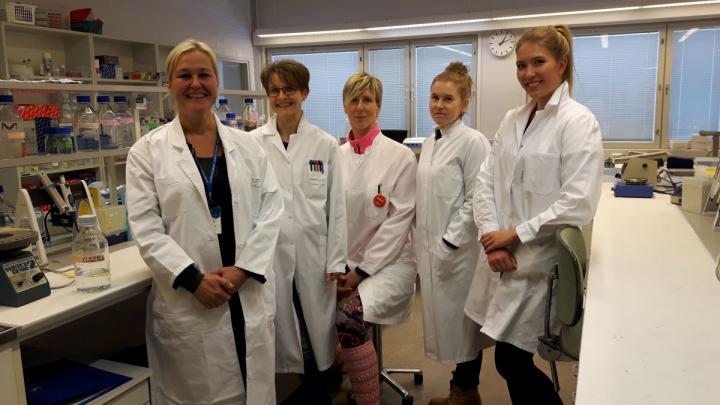 Finland research fellow Satu Pekkala and her research team are developing treatments for fatty liver disease (Credit: University of Jyväskylä).In brief: Research and studies
Daily oral vitamin D supplementation might provide clinical improvement in children with severe atopic dermatitis, or eczema. A new study published in Pharmacology Research & Perspectives randomized 86 patients to receive either vitamin D3 1600 IU per day or a placebo, plus baseline therapy of topical 1 percent hydrocortisone cream twice daily for 12 weeks. The results showed that the mean Eczema Area and Severity Index (EASI) score was significantly lower in the treatment group compared to the placebo group. The percent change in EASI score from baseline differed significantly between the supplementation and placebo groups after intervention, the study authors write.

Supplementation with prebiotic xylooligosaccharides (XOS) can ameliorate non-alcoholic fatty liver disease (NAFLD) by improving hepatic oxidative metabolism and affecting gut microbiota. Researchers from the University of Jyväskylä found that when fed to mice on a high-fat diet, XOS increased F. prausnitzii growth and reduced cecal isovalerate and tyrosine, metabolites previously linked to NAFLD. The researchers highlight that this is the first study to show such effects for XOS.

The US Food and Drug Administration (FDA) no longer intends to object to the use of certain qualified health claims regarding the consumption of magnesium and a reduced... Read More

Digestive health has gained importance over the past years due to the COVID-19 pandemic, but it continues to evolve. For example, there is an increase in delivery... Read More