You are in : All News > Vitamins in a therapeutic perspective: DSM unveils awaited VITALITY study results at CPhI 2019 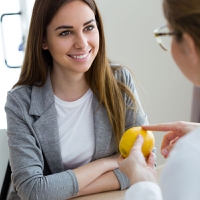 08 Nov 2019 --- The majority of physicians currently prescribe combinations of drugs and vitamins to optimize patient health, while awareness around the benefits of the interactions between certain nutrients and drugs is growing. This is according to the most recent batch of results from DSM’s Vitality study, which explored 1,100 health care professional’s attitudes towards vitamin prescriptions in combination with other medicines. NutritionInsight spoke with the company on the floor of CPhI Worldwide 2019 in Frankfurt, Germany, as the results were unveiled.

With chronic diseases on the rise and consumers keen to boost their diets with supplementation, suppliers have the opportunity to take a key position in providing the right scientific backing and information. Drug-nutrient interactions are defined as physical, chemical, physiological or pathophysiological interactions between a drug and a nutrient. In some cases, the use of medication can cause certain deficiencies, which necessitate the supplementation of nutrients, but in other examples, dietary supplementation may bring about adverse effects to medication use.

“Vitality is a very important [field of] study, not only for DSM as a leader in vitamins and lipids and Active Pharmaceutical Ingredient (API) but also for the healthcare community and the pharma world. This is the first study that has revealed the perception of doctors toward value-added medicines with vitamins and lipids. We could explore this general perception and the use and awareness of the vitamin benefits that go beyond the multivitamin pill, as we know it has standards,” Araksya Topchyan, Global Marketing Manager Pharma at DSM, tells NutritionInsight.Click to EnlargeAraksya Topchyan, Global Marketing Manager Pharma at DSM, at CPhI Worldwide 2019.

A major finding is that 80 percent of doctors currently already prescribe some vitamins together with the other core therapies. This can include diverse formulations and doses, Topchyan notes. The habit of prescribing and of considering vitamins as part of core therapy to support overall treatment is there.

The study also uncovered the key drivers for health practitioners in subscribing such combinations. It found that for German and French General Practitioners (GPs), the patient request was almost as equally important as studies and publications. For German and French Cardiologists, studies and publications were important, but they also gave a lot of credit to patient requests and good reviews from other doctors.

Topchyan notes that the reason behind the rise in engagement is that vitamins are a well-established product on the market. “We know quite a lot about safety data. Of course, it is important to consider the right dose when you introduce the drug. You need to have the specific dose and the specific action. From the perception of the doctor, a commonly established molecule such as a vitamin, which they know has been used for several decades, is a faster prescription decision to take.”

Message to big pharma?
The trend is one that can benefit patients and health practitioners, says DSM.

“Our message to the big pharma and to the generics is ‘go ahead and take this trend.’ This trend is already in the generic industry. Working with the medicines for Europe, DSM actively participates in the segment of value-added medicines. In the work of this segment, it is important for us to be there and see the trends and have our input to create the right regulatory framework to launch and succeed.”

It is especially important as many patients with chronic disease take more than one medicine, otherwise known as polypharmacy. Such medications can interact with nutrients.

A pertinent example are anti-diabetic products that can create vitamin B12 deficiencies. Following the first scientific publication of this effect in 2010, the scientific community has seen a sharp rise in the number of publications and clinical case studies.

Moreover, vitamins B1, B6 and B12 can play a role in bringing faster and better pain reduction to osteoarthritis cases when they are used in combination with certain drugs, Topchyan delineates.

Also highlighted at CPhI Worldwide 2019 were supplements for the microbiome that target migraines and titanium dioxide-free capsules.

By Laxmi Haigh, with additional reporting by Anni Schleicher