You are in : All News > US: Should federal health agencies accept funding from big soda?

US: Should federal health agencies accept funding from big soda? 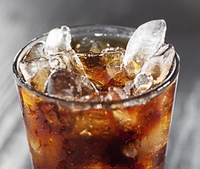 26 Jul 2017 --- Newly appointed director of the Centers for Disease Control and Prevention (CDC), Dr. Brenda Fitzgerald, is in the spotlight as one of the key US health officials recently hired by the Trump administration. Why? Because when she was the health commissioner for Georgia – which has one of the highest rates of childhood obesity in the US – she accepted funding from Coca-Cola to run an exercise program designed to get children to lose weight.

Through the Power Up for 30 initiative, schools gave children 30 minutes more exercise each day as part of a wider project called Georgia Shape – and the funding came from the soda giant Coke.

This sparked some mixed opinions, controversy and Dr. Fitzgerald was at the center of it because she accepted around US$1 million worth of funding from the philanthropic arm of Coca-Cola which many deemed at odds with the type of health messages that Georgia should have been sending.

In April 2013 she wrote a blog for Coca-Cola entitled Opinion: Solving Childhood Obesity Requires Movement, which detailed the Georgia Shape initiative and said very little about the link between soda and obesity. 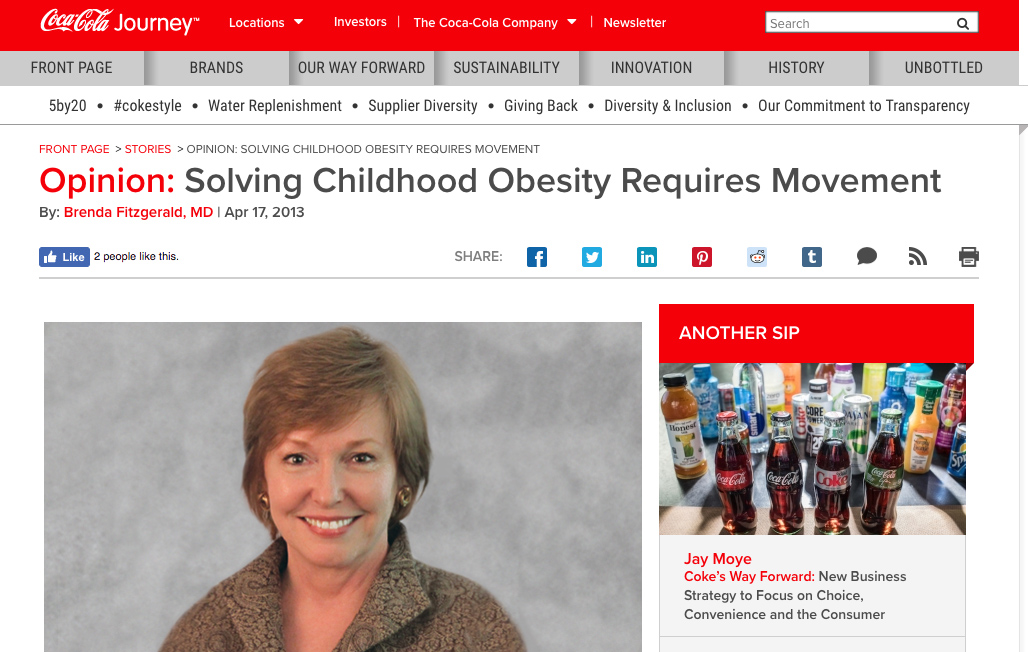 And now Fitzgerald has been appointed as one of the US' top health officials and questions are being raised over whether she would again accept funding from big soda companies which many believe are one of the major causes of obesity in the US.

The CDC stopped having ties to Coca-Cola back in 2013 after deciding the Big Soda giant’s objective was in conflict their own mission.

This was highlighted in the New York Times earlier this week, when Dr. Fitzgerald was asked whether she would indeed accept funding from Coca Cola. In an emailed response to the newspaper, she said that she would consider accepting Coke money for CDC programs and would look into any specific proposal through CDCs standard review process.

Coca-Cola’s take on tackling obesity is focused on exercise with very heavy marketing geared towards encouraging adults and children in communities to take on more exercise and get moving to lose weight. Critics of this Coca-Cola tactic say it is intentional deflection, while the soft drinks giant insists exercise is key and does not really make any mention of the perceived link between obesity and drinking sugar-laden soda.

Meanwhile health organizations all over the US, and the world, regard consuming sugary sweetened drinks as a major contributing factor to obesity, especially amongst children, and the increase of type 2 diabetes among young people.

Some believe that industry funding of health initiatives can serve to undermine the integrity of public agencies, while others see public-private partnerships as a valued way of getting funding for community projects.

At this stage, it remains to be seen whether or not, under Dr. Fitzergerald, the CDC will accept funding from Coca-Cola or any other private company. However, the organization will come under scrutiny in the months ahead and, in particular, Dr. Fitzergerald will be monitored by media, public health officials and the public at large for the health initiatives that she will introduce.

“Groundbreaking research” points to the power of plant-based diets

22 Jul 2020 --- UK-based The Smarter Food Company has raised £1 million (US$1.25 million) to accelerate the development of food products with health benefits. A spin-off from... Read More