You are in : All News > UK industry falls short in reformulating healthier foods and beverages 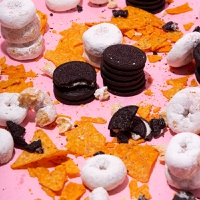 13 Aug 2021 --- With the exception of sugar reduction in soft drinks, the UK’s top ten food companies have made limited changes to the healthiness of their products in response to Public Health England’s (PHE) voluntary reformulation targets. These findings were expressed in new research by the Nuffield Department of Population Health (NDPH).

“The UK voluntary reformulation targets to reduce calories, fat, sugar and salt do not appear to have led to any recent significant changes in the nutritional quality of foods,” says study lead Dr. Lauren Bandy at NDPH.

Additionally, of the top five brands sold by the ten companies, only six brands had improved their nutrient profiling score by 20 percent or more between 2015 and 2018.

“This research is further indication that voluntary measures simply do not work,” says Fran Bernhardt, Children’s Food Campaign coordinator. “Companies have had years to voluntarily improve the healthiness of their products but have not risen to the challenge, instead continuing to flood the market with unhealthy foods and drinks.”

Of the top five brands sold by the ten companies, only six brands had improved their nutrient profiling score by 20 percent or more between 2015 and 2018.“The mandatory Soft Drinks Industry Levy (SDIL) has been the only measure to make a real impact so it is clear the government must introduce stronger policies such as taxes on salt and sugar to improve the healthiness of food and drinks and safeguard the health of all our children.”

Nationwide nutritional profiling
This is the first time the overall healthiness of foods and beverages has been analyzed since the introduction of PHE’s voluntary reformulation targets to reduce the levels of calories, sugar and salt in F&B products.

Until now, progress towards meeting these targets has monitored changes in individual nutrients, rather than the entire nutritional profile of food products.

The researchers used a nutrient profiling model developed by the Food Standards Agency, which scores food products based on their levels of saturated fat, sugar, salt and calories, besides health-promoting nutrients such as fiber and protein.

Higher scores indicate healthier foods, and the threshold for a “healthy” product was set at 62 for foods and 68 for drinks. For each year of the study (2015 to 2018), over 3,200 different products were assessed, accounting for almost a quarter of UK retail value sales.

Top ten companies fall short of targets
Between 2015 and 2018, there was little change in the average sales-weighted nutrient profiling score of the top ten companies, or the proportion of products classified as healthy.

By 2018, only two companies, Danone and Kraft Heinz, had an average sales-weighted nutrient profile score above the threshold for healthy. Coca-Cola, Mars, Unilever, Nestlé and Mondelez scored poorly, with portfolios dominated by confectionery and snacks.

Only six brands from a pool of the top five brands sold by each of the ten companies improved their average nutrient profiling score by 20 percent or more by 2018.

“Further policy action is needed to provide incentives for companies to make more substantive changes in product composition that will help consumers to achieve a healthier diet,” concludes Bernhardt.

Sizing up sugar reduction
Previous research from this group has also shown that between 2015 to 2018, less than half of the leading food brands in the UK had met PHE’s voluntary 5 percent sugar reduction target.

The finding contrasts with the success of the UK’s Soft Drinks Industry Levy (SDIL) which, as a mandatory measure, has spurred on advances in reformulation and has consequently prompted a reduction in the consumption of sugary drinks. It is, to date, the only area that has seen significant progress on improving the healthiness of products.

Earlier this year, SDIL resulted in less sugar from these beverages being consumed, according to a study. This is despite the volume of soft drinks purchased staying at similar levels prior to the implementation of the industry levy.Between 2015 and 2018, less than half of the leading food brands in the UK had met the voluntary 5 percent sugar reduction target.

Across the wider market, the Union of European Soft Drinks Associations (UNESDA) announced enhanced health and nutrition targets in June to help Europeans manage their intake of added sugars from soft drinks with a pledge to reduce sugar by a further 10 percent by 2025.

Chile’s success story
Government-led nutritional strategies in South America offer a case study that evidences the impact potential that national reformulation schemes can have. Chile’s package of healthy food policies was recently found to have successfully decreased purchases of unhealthy food and beverages during its initial implementation phase.

Post-implementation, there were significant declines in purchases of calories, sugar, saturated fat and sodium, driven by reduction in purchases of unhealthy “high-in” foods and beverages.

These declines also were seen when looking at all food and beverage purchases, despite increases in purchases of products without warning labels.

“This is a big deal. It’s the first law of its kind anywhere in the world, and this study shows its impact on the total food supply,” remarks co-author Lindsey Smith Taillie, assistant professor of nutrition at the University of North Carolina Chapel Hill Gillings School of Global Public Health.

“Since Chile implemented the law, several countries have followed suit. Another half dozen from across the globe, including India, are on the cusp of implementing similar policies.”