You are in : All News > UK beverage association questions SDIL efficacy as survey reveals “outrageous amounts of sugar" in pre-mixed spirits 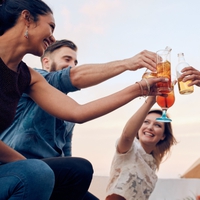 24 Jan 2020 --- As Sugar Awareness Week draws to a close in the UK, a survey from Action on Sugar (AoS) has revealed that ready-to-drink (RTD) pre-mixed spirits are “unnecessarily high in hidden sugar and calories.” The campaign group is now calling for immediate reformulation of drinks in this sector, arguing that the Soft Drinks Industry Levy (SDIL)’s exemption of mixed drinks like vodka and lemonade is “absurd.” However, the British Soft Drinks Association (BSDA) has questioned SDIL’s effectiveness in curbing the UK’s steadfast levels of obesity.

The BDSA highlights that while overall sugar intake from soft drinks was down by 34 percent between May 2013 and May 2019, much of this occurred prior to the introduction of the SDIL. "Nevertheless, while we recognise that the levy did lead to parts of the sector moving further and faster on sugar reduction, we are yet to see evidence that the sugar reduction in our category has had any impact on levels of obesity in the UK,” says a BDSA spokesperson.

Not only soft drinks to blame
This week, RTD, pre-mixed spirits have been a target for AoS, whose report found that these types of beverages are particularly dangerous to consumers. The study, which was conducted at Queen Mary University of London, found that nine out of ten pre-mixed spirits don’t have on-pack sugar information, so consumers are unaware of the very large amounts they are drinking. Some of the beverages that were analyzed contained nine teaspoons of sugar in a beverage of 250 ml, although the sweetest had three times that much, coming in at 27 g of sugar per 250 ml.

AoS notes that while the SDIL was successful in reducing sugar in drinks like lemonade, the same beverage mixed with vodka is exempt. As a result, the organization proposes that the UK government ensures that all alcoholic drinks are included in vital public health policies or have to pay a fine, in order to reduce obesity and ill health. “We urge the government to introduce mandatory labeling on alcohol products in order to give all of us easy access to the information needed to make healthier choices,” says Professor Sir Ian Gilmore, Chair of the Alcohol Health Alliance.

“Consumers have the right to know exactly what they are drinking. This latest research demonstrates – once again – that the current system of self-regulating alcohol labeling isn’t working, and the industry is not taking its responsibilities seriously. Shoppers who buy alcohol get less information about what’s in their drink than those who buy milk or orange juice; this is simply outrageous,” he continues.

Hot beverages sold in high street cafés such as Starbucks, Costa Coffee and Caffe Nero have also been pinpointed by AoS for selling drinks that are “loaded” with sugar. “Many drinks are now higher in sugar than they were in 2016. It is well known that the UK’s health is in crisis, with the current unhealthy food environment being one of the biggest threats to the health and well-being of the population,” Registered Nutritionist, Holly Gabriel from AoS, previously told NutritionInsight.

In 2018, AoS singled out milkshakes as a primary culprit of “grotesque levels of sugar and calories,” being consumed in the UK. In the exposé, AoS found that some milkshakes contain more than half the daily-recommended amount of calories for an adult and four times the amount of PHE’s proposed calorie limit.

Awareness in focus
The introduction of Sugar Awareness Week gives AoS and other health-supporting organizations an opportunity to get their message across. The education-focused week is also a chance to discuss the future for sugar and calorie-reduction and its place in the UK government’s Childhood Obesity Plan.

Other organizations are also taking action to end childhood obesity through educating children to make wiser food and beverage choices. The UK group Sustain is promoting its Sugar Smart program, which works with local, regional and national partners to engage children in healthy eating. The Barnet council in London recently adopted the program after shocking statistics revealed that one in three children in Year 6 were either overweight or obese in 2017-18. Whitefiled Secondary and Trent Primary schools showcased their innovative and fun approaches to engaging children on healthy eating. However, much remains to be done, according to several of the attendees.