You are in : All News > Trulacta CEO flags human milk supplements’ potential for holistic adult health 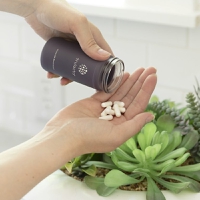 16 Jul 2021 --- Adventa Bioscience has launched Trulacta, marketed as the first supplement to be made entirely of human milk. Equipped with its flagship product, the US-based biotech firm ultimately aims to develop a series of products harnessing human milk.

However, he acknowledges that there is significant data and research on the benefits of human milk in babies, there is a large void in research as it relates to adults. Therefore, Adventa is now conducting “significant” research to clinically validate the effects of human milk on adults.Click to EnlargeAdventa is based in Wisconsin and was founded in November 2020.

According to Adventa, together these compounds can aid in the development of the immune system, protect from autoimmune disease, actively fight bacteria and allow the body to maintain and restore itself.

Overcoming the “ick”?
According to Tracy, the company’s patent-pending process allows it to provide a 100 percent human milk product that was not able to be produced in a safe way for consumers in the past.

The breast milk is sourced from donors across the US via milk bank partners. “The milk we procure from our partners is the excess supply of milk that our partners would otherwise dispose of,” he explains.

Trulacta requires that its milk bank partners stringently vet all donors, who must wait to donate milk at least six months postpartum to ensure the health of their baby.

The compensated donors must also receive a doctor’s approval to donate to ensure milk is not being donated at the expense of a baby.

The donors also submit a thorough medical application, and their blood is screened for various diseases and drugs.

“While most consumers accept and understand the benefits of Trulacta, there are some that have an initial reaction of ‘ick,’ but we have found that many are interested in learning more about the benefits human milk can provide for adults,” says Tracy.

He continues that once these consumers understand the stringent processes Adventa put in place to produce Trulacta, many of those “ick” concerns are alleviated.Click to EnlargeThe biomanufacturing process retains all of the benefits of human milk while killing any harmful components.

Improving GI issues
Peter Lamb, COO of Adventa Bioscience, emphasizes that all human bodies are made to recognize, accept and thrive on human milk bionutrients.

“Over 70 percent of the immune system resides in the gut, and Trulacta is designed to support gut health while positively impacting overall immune health in ways that probiotics and prebiotics can’t.”

The company points out that 75 percent of adults deal with gastrointestinal issues that range from ulcerative colitis to Irritable Bowel Syndrome to Crohn’s disease. Many others suffer from poor sleep, compromised immunity and anxiety.

Adventa conducted a limited pre-clinical study late last year, with 84 percent of the participants reporting relief of gastrointestinal symptomatology as well as other inflammatory issues.

Improvements in restless sleep, headaches and joint pain were also observed and may be explained by Trulacta’s positive impact on neurotransmitters and inflammation. Because of these positive findings, Adventa is initiating full-scale clinical testing to begin by August 2021.

Future expansion afoot
In addition to Adventa’s upcoming research, the company also has several other products in its R&D pipeline.

Currently, Trulacta ships from the US to Canada and Mexico, and Tracy has seen a “good deal” of interest from the UK and other parts of Europe.

“Trulacta will soon be offered in Europe when we are certain we will be able to maintain the same high level of customer service our North American customers experience,” he states.

Meanwhile, Inbiosis began targeting adult nutrition as “it is increasingly clear” that the positive health benefits of HMOs for babies also apply to the general population.

07 Jul 2021 --- Biotech company Inbiose has applied for Generally Recognized as Safe (GRAS) approval by the US Food & Drug Administration (FDA) for four of its human milk... Read More

05 Jul 2021 --- PanTheryx is highlighting the health benefits of its Life’s First Naturals – a line of high-quality nutritional supplements that include cow colostrum.... Read More