You are in : All News > Traditional Chinese Medicines Could Ease Symptoms of Memory Disorders 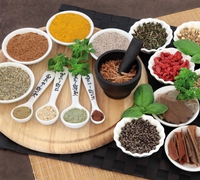 21 Sep 2016 --- A new study has revealed that the use of traditional Chinese medicine may be able to help ease the symptoms of diseases such as Alzheimer’s and dementia, according to an article in the Journal of Alternative and Complementary Medicine (JACM) a peer-reviewed publication from Mary Ann Liebert.

The study looked at classical Chinese medical texts and identified references to age-related memory impairment similar to modern-day Alzheimer's disease, and to several plant-based ingredients used centuries ago, and still in use today, to treat memory impairment.

The aim was to determine which traditional medicines have histories of use for these disorders, and whether the same medicines can benefits today's patients.

The results showed that memory impairment in older age was recognized as a condition in the Chinese classical literature, with many of the traditional medicines frequently used as ingredients in classical formulas for memory impairment.

The researchers describe specific mentions of signs and symptoms of memory impairment associated with aging, along with the formulas and ingredients most commonly used to treat these disorders.

These recorded ‘memory impairments’ were consistent with clinical features of Alzheimer’s disease.

Experimental studies of five of the traditional Chinese medicines suggest that they have biological activity relevant to Alzheimer's disease.

"Recent research out of UCLA that was the subject of the JACM editorial in August shined a spotlight on the potential role of natural agents in a whole person protocol for reversing Alzheimer's disease,” said the Journal of Alternative and Complementary Medicine Editor-in-Chief John Weeks, Seattle, WA.

“Dr. Xue and his colleagues have provided an important addition from traditional Chinese medicine to this emerging literature."

A combination of three probiotic strains from AB-Biotics, a Kaneka Group company, has been found to reduce diarrhea-related symptoms in individuals routinely exposed to... Read More

As many consumers participate in “Sober October,” a new study is revealing that abstinence from alcohol is correlated with an increased risk of developing... Read More

Maintaining a balanced calorie intake over three main meals is associated with improved cognitive function compared to the other investigated dietary patterns, according... Read More

A University of Eastern Finland study, in collaboration with Australian and US researchers, found that vitamin D supplementation benefits people with major depressive... Read More