You are in : All News > The tip of the iceberg? Unilever failing to deliver on micronutrient fortification promises, finds report

The tip of the iceberg? Unilever failing to deliver on micronutrient fortification promises, finds report

Do we need to tighten regulations around fortification? 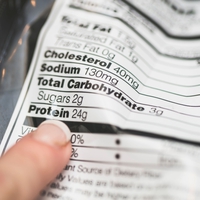 17 Sep 2019 --- A new report has found a glaring lack of consistency between Unilever’s commitments and its business practice when it comes to fortification. The report suggests the global giant is failing to keep its own global promises on nutrition – especially in the Latin America region. Its authors also note that the findings could just be the “tip of the iceberg” as other big food companies may be skirting their nutritional responsibilities. The report also questions the effectiveness of voluntary industry commitments, and calls for global governments to tighten fortification regulation.

Most notably, the report from Changing Markets Foundation, Proyecto Alimente and ContraPESO highlights that Unilever is not fortifying its Maizena Natural cornflour product in Mexico, despite claiming it fortifies its cornflour products in Latin America. Also, levels of zinc, iron and vitamins in flavored Maizena products were found to be lower than claimed in Mexico.

This is despite the company currently holding the number two spot in the 2018 Access to Nutrition Index (ATNI), the most recent assessment of industry commitments to nutrition. Unilever also strongly claims that it fortifies popular, affordable products in countries where malnutrition is prevalent.

“The Global Access to Nutrition Index objectively assesses the efforts made by the biggest food and beverage companies in the world to address global nutrition challenges and encourages them to do more. The assessment is carried out every two years, with the last report being published in 2018, therefore there will be no Global Index published this year. The next iteration of the Global Index will be published in 2020,” Fiona Kirk, Communications Manager, ATNI, tells NutritionInsight.

“Unilever has ambitions to provide more than 200 billion product servings with at least one of the five key micronutrients by 2022. The company has a reputation for taking action to address global nutritional challenges and currently ranks second in the Access to Nutrition Index,” Alice Delemare Tangpuori from the Changing Markets Foundation, tells NutritionInsight. “If Unilever is not managing to uphold its commitments, then this could be just the tip of the iceberg for the fortified food and beverage market.”The report used the case study of Maizena cornflour to investigate nutrition levels in Unilever products.

Floriana Cimmarusti, Secretary General of Safe Food Advocacy Europe (SAFE) highlights that it is unacceptable that large multinational companies still market products for which labeling information does not reflect the real content.

Mexican food fortification
Micronutrient deficiencies are a serious health concern in Mexico, where one in four children under five suffer from anemia and nine out of ten women do not get enough iron.

The fortification of foods is one of the options to address such micro-nutrients deficiencies, Kirk explains. “ATNI considers this an important element of what companies can do to address malnutrition, especially for groups of vulnerable consumers who do not have regular access to a diverse food basket with all the nutrients required to grow and live a healthy life.”

The report used the case study of Maizena to investigate nutrition levels in Unilever products. Maizena is a well-known brand of cornflour that is present in 90 percent of households in the country.

The actual nutrient levels in flavored Maizena products were found to be significantly less than the level given on the package. For example, in the cookie flavor, zinc was nearly 30 percent lower and iron was 20 percent lower, with analysis of the chocolate flavor revealing that thiamine (vitamin B1) was 73 percent lower than advertised.

“Unilever must explain why its natural cornflour product is unfortified, seemingly in direct contrast to its global communications on fortification, and why the levels of iron and zinc in its atole products do not appear to match the levels stated on the packaging,” Tangpuori says.

In Mexico, the government has recognized micronutrient deficiencies as a major public health problem that needs addressing. In 2002, a law came into force requiring all wheat and maize flours available for sale in Mexico to be fortified. The current standards say wheat and nixtamalized maize flour should be fortified with iron, zinc, folic acid and vitamins B1, B2 and B3.

It appears that Maizena cornflour products do not fall within the scope of these standards. Nevertheless, on Maizena’s Mexico website, Unilever states that in the 1990s its cornflour products were voluntarily “enriched with vitamins and minerals.”

The report also raised concerns about the lack of information from Unilever on the iron source used in its products. Different iron sources have different levels of bioavailability, which means they are more or less easily absorbed by the human body, and therefore able to provide more or less nutritional value.

Following the report’s findings, the organizations contacted Unilever who reportedly “thanked us for bringing the issue to their attention and say they are taking a number of immediate steps to investigate the concerns raised.”The food industry has a clear responsibility to be part of the solution to tackle the challenge of both undernutrition and obesity.

Speaking to NutritionInsight, a Unilever spokesperson reiterates that, “We fully recognize the important role that we play in providing fortified food as part of helping people prepare and enjoy nutritious meals. When fortifying our products, we aim to provide at least 15 percent of the recommended dietary allowance per serving, based on international guidelines. We are engaging with Changing Markets about their research into our Maizena products and are carrying out additional, third-party testing to ensure they comply with the ingredients and fortification levels declared on pack. We will take immediate action if there are any discrepancies.”

The power of the private sector in tackling malnutrition
Many places suffer from a multiple burden of malnutrition, where obesity, underweight and micronutrient deficiencies all exist within the same country.

Such malnutrition is “by far the biggest cause of ill-health and premature death globally,” according to a report from the Lancet Commission on Obesity. The report, published in January, highlights how undernutrition and obesity are often seen as polar opposites. Yet, in reality, “they are both driven by the same unhealthy, inequitable food systems, underpinned by the same political economy that is single-focused on economic growth.”

The food industry, therefore, has a clear responsibility to be part of the solution to tackle the challenge of both undernutrition and obesity.

“It is not enough for food companies to say they do no harm; they must show that their products are nutritionally beneficial,” Tangpuori adds.

“The single most powerful thing that the food industry can do to improve population nutrition is to stop using its very substantial and effective lobbying capacity to block food policies recommended by WHO and other expert groups,” Boyd Swinburn, author of the Lancet report, tells NutritionInsight.

Moving forward, the report authors highlight that it’s not good enough for food companies to say their foods are not harmful. Instead, they need to show their foods are nutritionally beneficial.

NutritionInsight has reached out to Unilever for further comment on the findings.

The price of ready-to-use therapeutic food (RUTF) is projected to soar by 16% in the next six months, UNICEF has warned. Described as an affordable solution for severe... Read More

Royal DSM is extending its partnership with the World Food Programme (WFP) in a bid to improve the availability and accessibility of nutritious foods. The collaboration... Read More