You are in : All News > “No added sugar” claims to be removed from several products in The Netherlands 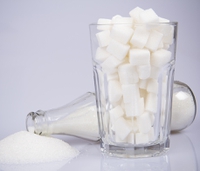 19 Dec 2018 --- Seven manufacturers and retailers will have to remove “no added sugar” claims from several of their products sold in the Netherlands. The Dutch Advertising Authority (RCC) reviewed complaints filed by industry watchdog Foodwatch and has ruled certain “no added sugar” claims to be false. The products in question contain sweeteners like date paste, apple juice concentrate and sugar beet syrup, which Foodwatch deems to be as harmful as sugar.

According to the European Union’s Nutrition and Health Claims Register, a “no added sugar” claim can only be used if the product contains no sugar or no other ingredient as a sweetener.

Included in the complaint are Kellogg’s Crunchy Muesli With Apricot and Pumpkin granola and Kellogg’s Muesli With Almonds, Cashews and Coconut granola which contain 14 and 15 percent date paste, respectively.

In their ruling, the RCC says: “The fact that we eat too much sugar in the Netherlands with all its consequences for our health is clear. That is not surprising when you consider the fact that sugar is added in most products (56 percent) available at supermarkets.”

Click to Enlarge“The RCC concluded that the information about the ingredients of Tomson Rinse Appelstroop on our webshop was not correct. It’s our standing policy to inform customers to the best of our knowledge about ingredients and nutrition values of the products in our stores and webshop,” says Ronald van der Aart, Albert Heijn’s External Relations Manager.

The RCC however, ruled that “Foodwatch was not right in two cases”. For example, in the case of Albert Heijn's children’s apple concentrate and Nakd-bars (owned by Peijnenburg in the Netherlands), containing apple juice concentrate.

The claims that no sugar has been added are not in violation of the law according to the RCC, because these sweeteners did not make the product much sweeter. According to the manufacturers in question, they were not added as a sweetener but for viscosity and texture reasons.

Despite the ruling, Foodwatch says it maintains its position and will push the matter further by appealing to the RCC again for these cases.

Reducing sugar intake remains a top priority for consumers. In an Innova Consumer Lifestyle and Attitudes Survey (2018), nearly 7 out of 10 consumers across the countries surveyed (US, UK, France, Germany, China and Brazil) have reduced their sugar intake. This is particularly so among the over 55 age group, with consumers in France and Brazil the most likely to be reducing sugar in their diet.

The topic of sugar in the food and beverage industry has attracted a huge amount of attention as well as innovation.

An alternative sweetener option may be allulose, which is positioned as a low-calorie sugar found in wheat and fruits such as figs and raisins, has 95 percent fewer calories than sucrose. Despite its clear potential in sugar-reduced products, it is only just starting to debut in new US product launches.

We also recently reported that Givaudan has launched a new approach to sugar reduction that delivers “fully satisfying, reduced-sugar products without added sweeteners.” The approach seeks to combine the use of a new proprietary sensory language, novel ingredients and an understanding of sweetness and satisfaction to deliver up to 50 percent reduction in sugar while maintaining consumer preference.

04 May 2020 --- Half of UK rice contains more arsenic than the European Commission (EC) regulations for rice meant for the consumption for infants or young children. This is... Read More

09 Mar 2020 --- The amount of infant rice cereals that do not surpass the US Food and Drug Administration (FDA)’s recommendation for inorganic arsenic levels has risen to 76... Read More

27 Nov 2019 --- Nestlé will roll out Nutri-Score nutrition labeling on its products in Austria, Belgium, France, Germany and Switzerland, starting in the first half of 2020.... Read More