You are in : All News > British diets lacking in fiber: National survey show an average 12g gap 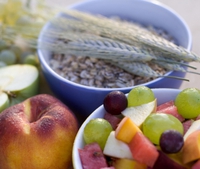 09 Apr 2018 --- The latest figures for the period of 2014 to 2016 from the Public Health England’s (PHE) National Diet and Nutrition Survey have been collected, analyzed and released, and the results show the nation's diet consists of too little fiber, and too much sugar.

The data showed that substantially low levels of the population were actually meeting the daily fiber recommendation. The percentage of children meeting the intake recommendation was only 10 percent on average, but when it came to the older children (aged 11-18), this figure dropped to 4 percent.

Similarly, only 9 percent of adults were reaching the intake goal of 30g, while those aged 65 over reported similar low scores, with only 7 percent fulfilling the recommendation.

The main source of fiber was consistent across all age groups, with “cereals and cereal products” (38-44 percent) topping the list, followed somewhat closely by “vegetables and potatoes” (21-32 percent) and “fruit” (6-16 percent).

Significantly, the food that supplied children under 10 with the majority of their sugar consumption of “cereals and cereal products” also provided them, and other age groups, with the most fiber. This potentially raises questions over whether such fiber high foods also contain high levels of sugar.

The majority of the sugar intake following “cereals and cereal products” came from “non-alcoholic beverage – soft drinks and fruit juice”. This category of beverages was the leading sugar supplier for the age groups of children aged 11-18 years.

Arla Fibre, from Arla foods UK, released research that revealed a similarly bleak reality of fiber intake in Britain and disclosed further findings in relation to the “monotony” of the nation’s meals.

The survey found that only 6 percent of the population were actually aware of the daily recommended level of fiber intake standing at 30g, although this was in contrast to the fact that 94 percent of Britons do believe that it is vital to have dietary fiber.

Despite wishing this, almost nine in ten (85 percent) Brits didn't know how much of each food group they should be eating each day, with vitamins (25 percent) and iron (17 percent) believed to be the food groups that were lacking the most.

Arla Fibre published this research to mark the release of Arla Fibre, which is a range of yogurt that contains 4.7g of fiber per 150g serving.

Public Health England, is a government body that “exists to protect and improve the nation’s health and well-being, and reduce health inequalities.” The National Diet and Nutrition Survey has been running since 1992 and aims to assess the diet, nutrient intake and nutritional status of the general population aged 1.5 years and over living in the UK.

UK boasts 12,000 products on FSA public list, racing ahead of EU and US competition

The UK’s Food and Standard Agency (FSA) has reached a “milestone” after authorizing almost 12,000 cannabinoid (CBD) products to its public list of... Read More