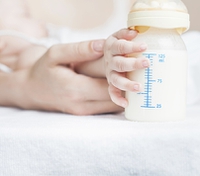 09 Apr 2018 --- NZMP SureStart, the global B2B pediatric ingredients brand of Fonterra, has joined Smarter Lives, a five-year research program that investigates how nutrition impacts the gut-brain axis. Smarter Lives is funded by New Zealand’s Ministry of Business, Innovation and Employment and led by New Zealand research institute, AgResearch. It will investigate how foods influence brain function via the “sophisticated communication systems” between the gut and the brain.

“This cutting-edge research will look at how we can help deliver premium foods by taking the eating experience, and the health benefits of the food, to new levels,” says AgResearch Science Group Leader Dr. Jolon Dyer.

Health and well-being are, of course, optimal to all age groups, but it is arguably most vital to vulnerable groups such as babies and toddlers, and the market of formula products that not only aim to fill babies bellies but add extra health benefits is growing and in demand.

NZMP SureStart is touted by the company as the world’s “most trusted source of pediatric ingredients,” and the area of brain development that they wish to increase their knowledge on is a top concern for many parents.

Regarding brain development, products that utilize the gut-brain axis are tapping into a vast network of neurons – the enteric nervous system – that line the gut. Research suggests that a direct line of two way communication exists between the brain and the enteric nervous system. This may mean that influences on the gut and its functions, such as diet, could impact signals sent to the brain.

“We know the first years of a child’s life are a sensitive period during which the child’s brain is most receptive to the effects of nutrition and its environment. Both are vital for the optimal development of the brain,” says James Dekker, NZMP Program Manager Nutrition and Health.

“The Smarter Lives research program will build on existing research and unlock how we can influence the two-way communication between the gut and the brain to help to optimize cognitive development in formula-fed infants.”

The World of Food Ingredients reports that the infant formula/milk category is seeing value and volume growth averaging at 8.3 percent and 5.8 percent, respectively, for the years 2012-2017.

And, according to Innova Market Insights, this increase in launches is driven by rising demand in turn due to a growing number of women entering the workforce, as well as calls for clean labels that are also allergy free.

Dekker spoke to NutritionInsight about this growing market and on the exciting R&D avenue of the gut-brain axis.

“An exciting area for future Research & Development is how foods influence brain function via sophisticated communication systems between the gut and the brain, known as the gut-brain axis.”

“For example, we know ingredients like SureStart Lipid 100 may offer both digestive health and cognition benefits, but we don’t fully understand how these two functions correlate.”

Consumer demand
Consumers are exhibiting a heightened interest and desire for products that tap into the gut-brain axis. “We’ve conducted consumer research and understand that the biggest consumer concerns and major drivers or interests around brand and product choice in the pediatric nutrition category are about health and, in particular, for protection, for brain development and digestive comfort,” Angela Rowan, General Manager Nutrition at Fonterra tells The World of Food Ingredients.

The consumer interest in the gut-brain axis also reflects a consumer that it more quizzed up on nutrition, and wants to see scientific backing to the claims on their children’s food: “We know that in China, in particular, more than half of mums are looking for science-based products, so if you say your product or brand delivers a benefit, they want to see the science behind that. That’s the strength of our science programs – delivering the evidence base behind our ingredients and the way that they’re positioned,” says Rowan.

Speaking of future R&D opportunities, Dekker expresses that food products, particularly probiotics that hold larger health benefits will continue to be a huge NPD driver and something that the company strongly considers. Speaking about the personalized nutrition trend, Dekker comments that its next progression will “see consumers making decisions based on their unique genetic profile, metabolism or disease risks. We’re seeing the rise of consumers taking an interest in genetic profiling; the next question is how do we, in partnership with food manufacturers, translate this into products people can buy.”

“A small group of consumers are increasingly open to a more science-based approach to personalization. These are the consumers wanting to make changes in their diet based on their individual needs, which could be through DNA testing, microbiome (gut) profiling or other tests,” adds James.

04 Mar 2021 --- Kerry expects the functional beverage market to gain traction and see a surge of NPD targeting consumers who are approaching health holistically due to the COVID-19... Read More

01 Mar 2021 --- Allergy guidelines encouraging infant peanut consumption may have reduced the risk of infant peanut allergies by up to 16 percent in Australia, according to a study... Read More

26 Feb 2021 --- Better nutrition, production, environment and life could guide a holistic redesign of the world’s agri-food systems. Qu Dongyu, the director-general of the... Read More

25 Feb 2021 --- - In addition to seeking out better tasting nutritional products, consumers are also looking for plant-based and low-sugar options. This is according to Comax... Read More