You are in : All News > Tate & Lyle to Invest in Microbiome Spin-Out Company Evolve BioSystems 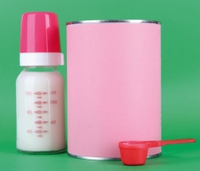 19 Aug 2015 --- Tate & Lyle Ventures has announced a $2 million investment in Evolve BioSystems, Inc. a microbiome spin-out company from the University of California at Davis. Evolve is developing revolutionary science in the field of probiotics and prebiotics for new born infants during the crucial early months of development. The investment is part of a $9 million financing round led by Horizons Ventures and follows a seed investment by Tate & Lyle Ventures in August 2014.

This investment is part of the Tate & Lyle Venture Fund which was established in 2013 to invest up to £30 million over an eight-year period in start-ups and expansion-stage companies in food sciences and enabling technologies in line with Tate & Lyle’s strategy to grow in speciality food ingredients.

Evolve was established by researchers from the University of California at Davis based on a decade of research into the developing infant microbiome and its relationship with the natural nutrients in human breast milk. Evolve has a proprietary combination of activated probiotic bacteria, prebiotics and delivery systems to provide, restore and maintain a healthy microbiome in infants during the first 6 months of life - with particular focus on those born prematurely, delivered by Caesarian section or fed exclusively with formula milk.

“Completion of the Series A round ahead of schedule is a reflection of both the importance of the ground-breaking discoveries of the Company’s founders at the University of California at Davis, and a compelling business case that focuses on the improvement of the health trajectory for babies worldwide” said Dr. David Kyle, CEO of Evolve and former founder of Martek Biosciences. “Evolve’s deep understanding of the innate balance and dietary control of a healthy infant microbiome has demonstrated the need for new pro- and prebiotic products to return these precious systems to their natural state. This investment is timely, as it will accelerate our efforts to move these new discoveries into commercial products that can improve the health outcomes for infants globally.”

The funds will be applied to support Evolve’s ongoing clinical activities, operational expansion, and preparations for commercial launch of its novel probiotic and prebiotic products, which restore the balance of the infant microbiota.

“Having originally invested in Evolve in August 2014, we are delighted to support the company as it progresses its research, clinical, and commercial endeavors” said Dr. Simon Barnes, Managing Partner of Tate and Lyle Ventures, and a member of the Board of Directors of Evolve. “Over the past year the Evolve management team has raised Seed Capital, licensed a substantial suite of intellectual property from the University of California, initiated clinical trials, and commenced business development activities for a range of products and technologies being developed by the Company”.

Evolve is a spin-out from the Foods For Health Institute (FFHI) at the University of California at Davis and builds on more than a decade of research into understanding the uniqueness of the infant microbiome and its intimate interaction with breast milk components. Having led to the discovery and development of products to restore the human infant microbiome to its natural state, Evolve’s discovery platform is now being applied to solving dysbiosis issues throughout the human life cycle as well as in similar problems in production animal species. Evolve completed a seed funding round in 2014 and is undertaking multiple clinical trials to confirm the value of its proprietary prebiotic and probiotic assets in returning an infant’s microbiome to its naturally evolved state. Dr. Kyle was a founder and executive officer at Martek Biosciences, a biotechnology company similarly focused on infant nutrition which was acquired by DSM in 2010 for $1.1 B.

Kaneka’s probiotic Floradapt Brain (Lactobacillus plantarum DR7) ‒ which works via the gut-brain axis ‒ has been deemed safe in accordance with the US Food and... Read More

Nutraceutical giants’ partnerships inject life back into industry at Vitafoods

Some of industry’s biggest players are joining forces to bring cost-effective yet scientifically backed offerings to the nutraceuticals market. Co-creation is... Read More

An “entirely new” category within sports and nutrition products is opening up to gut-health-centered athletic supplements, according to experts at prebiotics... Read More