You are in : All News > Tackling MSG stigma: Ajinomoto investigates sodium reformulation abilities 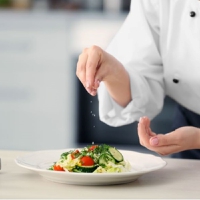 12 Aug 2020 --- Ajinomoto Co. Inc. is working to overcome the “outdated anti-MSG stigma,” as it highlights the role that monosodium glutamate (MSG) can play in aiding sodium reduction and the enjoyment of better-for-you foods. The amino acid-based product specialists have supported a new study that saw participants evaluate recipes where sodium was reduced by 31 to 61 percent through the addition of MSG. The reduced salt recipes with added MSG were liked as much as or better than the standard recipe, while reduced salt recipes without MSG were commonly described as “bland.”

“What was unique about this study was that, for the first time, it demonstrates how MSG can be used in better-for-you food categories, or those that are more nutritious and that consumers should be eating more of,” Tia Rains, Senior Director of Public Relations & Nutrition for Ajinomoto Health & Nutrition North America, Inc, tells NutritionInsight.

She adds that previous research had already found that MSG can be used to reduce sodium by 30 to 50 percent in packaged foods and snacks such as soups, broths, chips and sausages, without compromising taste and consumer preference for the products.

In this investigation, culinary scientists from Pilot R&D, a food innovation and development company, developed four dishes: roasted vegetables, a quinoa bowl, a savory yogurt dip and cauliflower fried rice with pork. The 163 participants sampled the dishes, each of which was developed to have three different sodium statuses. In addition to a standard recipe with typical salt content, there was a recipe with significant sodium reduction, and the same reduced salt recipe with MSG added.

For each dish, participants rated overall liking, appearance, flavor, texture, saltiness, aftertaste, and how likely they would be to order the dish at a restaurant. While some participants described the reduced salt recipes as “bland,” the standard recipes were described as “salty” and “sour.” In some instances, the MSG recipes were associated with “delicious,” “flavorful,” “balanced” and “savory.”

Ajinomoto provided a grant to support the research, which was conducted by sensory researchers at the University of California, Davis. These researchers designed the study, interpreted the results and wrote the manuscript.

Rains was surprised that they were able to achieve such a drastic reduction in sodium without compromising taste, and that in some instances, people liked the reduced-sodium dish with MSG even more than the standard version.

“There’s a common misperception that nutritious foods can’t also be delicious – this research challenges that notion. And if people can get past the long-held but unsupported anti-MSG stigma, the implications of what can be done with MSG as a sodium-reduction tool could be enormous,” she adds.

Overcoming a stigma
Rains details that despite extensive scientific research validating its safety and history of use around the world for more than a century, some people still hold on to an anti-MSG stigma. “We are working hard to shift perception so that MSG can be used and appreciated even more broadly for its taste and health benefits.” 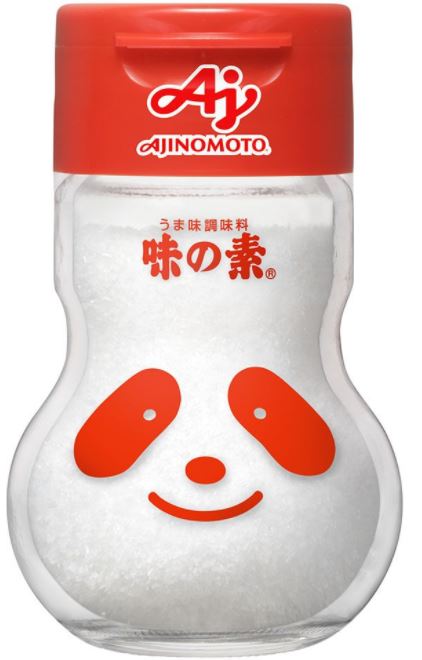 Ajinomoto is working to shift the negative perceptions around MSG.“Just as the substitution of butter with olive oil can help to reduce saturated fat intake, MSG can be used as a partial replacement for salt to reduce sodium intake,” says Dr. Jean-Xavier Guinard, Professor of Sensory Science, Co-Director of the Coffee Center at the University of California, Davis, and a lead investigator in this study.

He continues that MSG has two-thirds less sodium than table salt and imparts umami, which is a savory taste. “Taste is a key factor in what people decide to eat. Using MSG as a replacement for some salt in the diet and to increase the appeal of nutritious foods can help make healthy eating easier, likely leading to a positive impact on health.”

Part of a broader strategy
This year, Ajinomoto released a new strategy to grow and evolve into a solution-providing company for food and health issues by 2030. Rains details that because of its founding principles and responsibilities as a global organization, Ajinomoto is committed to advancing the understanding of nutritional science as it relates to supporting healthy lifestyles.

“Communication about MSG as a sodium reduction tool is part of this strategy, given intakes of sodium exceed recommendations in many parts of the world. With these findings, we continue discussions with health organizations, customers and the general public about what MSG is and what it can be – a tool for reducing sodium in nutritious home cooking and in the food supply,” explains Rains.

She notes that while some cultures have used MSG in home cooking for years, others are less familiar or have been hesitant to use it due to misinformation that took hold starting in the 1960s. “MSG has an interesting story that, unfortunately, is steeped in decades of xenophobia. The good thing is that it’s very easy to start using it home cooking – and with people doing a lot of that these days, it’s the perfect time to experiment,” Rains concludes.

The New Technological University (NTU) has opened  the Centre for Microbiome Medicine in Singapore. The research facility will be used to further human health and... Read More