You are in : All News > Study finds mice will self-administer edible THC, revealing insights into human health 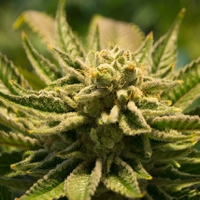 12 Aug 2019 --- A study has revealed that mice will voluntarily choose to consume behavioral-effective doses of edible tetrahydrocannabinol (THC) – the primary psychoactive component in cannabis – and do so repeatedly. Lead researchers of the experiment propose that these findings will help open new doors to further studies of the behavioral and physiological effects that occur in people who consume marijuana-infused food. The study is among the first to report on voluntary oral THC consumption in animals, a method of consumption that is similar to the way humans take the drug.

Researchers at Indiana University – Purdue University Indianapolis (IUPUI) and Indiana University Bloomington, US, who led the experiment, are further seeking to clarify the impact of edibles on people’s ability to think and whether there are any long-term consequences for someone who has been eating edibles repeatedly and then stops. They are also exploring the potential consequences of a child accidentally eating a marijuana edible.

In the study, mice actively self-administered dough containing THC. The researchers found that following consumption of the laced dough, mice were less active, and their body temperatures were lower than normal.

The researchers also noted that the effects of edible THC varied based on the subjects’ sex. The mice were given gradually increasing doses in a dough made from flour, sugar, salt, glycerol and THC.

Understanding the health effects of eating marijuana edibles is important, given the growing popularity of that method of consumption in US states where marijuana has been legalized, says Michael Smoker, first author of the paper and an addiction neuroscience Ph.D. candidate in the psychology department at IUPUI.

“People can buy cookies, candies and all sorts of things with THC in them. Back in the day, you had to make your own brownies, and now they are becoming more widely available and increasing in popularity,” he notes.

Edible THC formats have proliferated in line with this ballooning trend. Earlier this year, for example, health and wellness brand Gabriella’s Kitchen added a fourth brand, alto, to represent its cannabis- and hemp-infused products – creating the cannabis sector’s first “savory and nutritionally dense THC- and cannabidiol (CBD)-infused edibles brand.” Innova Market Insights notes that with the completion of the financing, the company is primed to rapidly fill the pent-up demand for THC and CBD-infused nutritional products.

Marijuana edibles can elicit extreme, adverse reactions, Smoker asserts. He highlights that many of the commercially made marijuana-based products have a relatively higher concentration of THC than smokable marijuana plant material. Moreover, edible marijuana can often lead to a stronger and longer lasting high than smoked marijuana. In some cases, people are unsure how much of a marijuana edible they should eat and end up eating more than they should.

Efficacies of mouse model studies
Due to ethical barriers involving the use of humans in studies and the lack of control over human subjects’ prior exposure to THC and other drugs, researchers have found the mouse model beneficial in studying the effects of effects of edible cannabis. Mice have been used in studies pertaining to the study of marijuana’s effects, but figuring out a way for them to self-administer the drug, as humans do, has presented difficulties, Smoker explains.

(CBD) has found that the compound could have a new application as a “Trojan horse” – helping slip medications across the blood-brain barrier (BBB) and into the brain.

In a separate study, THC was found to induce inflammation and oxidative stress, which are known to affect the inner linings of blood vessels and are associated with the development of heart disease, according to mouse model research by the American Heart Association. Researchers of this experiment employed a laboratory technique called wire myography to examine the response of mouse arteries to THC, discovering that an antioxidant compound found in soybeans blocked damage to the lining of blood vessels in the heart and circulatory system.

06 May 2021 --- The Association for the Cannabinoid Industry (ACI) and Centre for Medicinal Cannabis (CMC) has estimated the cannabidiol (CBD) industry will generate £690... Read More

Commercializing 420: CBD space heats up in time for the cannabis “holiday”

20 Apr 2021 --- While the novel “420 holiday” is typically celebrated by recreational cannabis users on this day, cannabidiol (CBD) brands across the industry are not... Read More

Moves toward hemp clarity: More than half of US residents lack awareness about CBD

09 Apr 2021 --- A poll of 1,087 US residents conducted by Invisibly has discovered that while nearly a third of respondents have tried a cannabidiol (CBD) product, many still do... Read More

08 Apr 2021 --- US-based Gummi World is answering consumers’ calls for nutraceutical transparency with a new farm-style facility open to the public. “We wanted to... Read More

31 Mar 2021 --- Santé Laboratories’ liposomal delivery system has been shown in research to provide up to 80 percent absorption of cannabinoids, while overcoming the... Read More