You are in : All News > Stressed cells for better beer? Cell manipulation may produce better yeast and benefit health

13 Feb 2019 --- Researchers from Chalmers University of Technology, Sweden, have come up with a new method to study how single biological cells react to stressful situations. Understanding these responses could help develop more effective drugs for serious diseases, as well as improve a range of food ingredients, such as yeasts. The study has been published in the scientific journal Nature Communications.

“Yeast is subject to considerable stress both during brewing (in terms of increased ethanol concentration) and baking (in terms of high osmolarity). Being able to quantify cell responses during such conditions may provide manufacturers with a way to evaluate different yeast strains and thus choose a strain that best fits their purpose,” Daniel Midtvedt, lead author of the study and Researcher at the Biological Physics Department at Chalmers University of Technology, tells NutritionInsight. 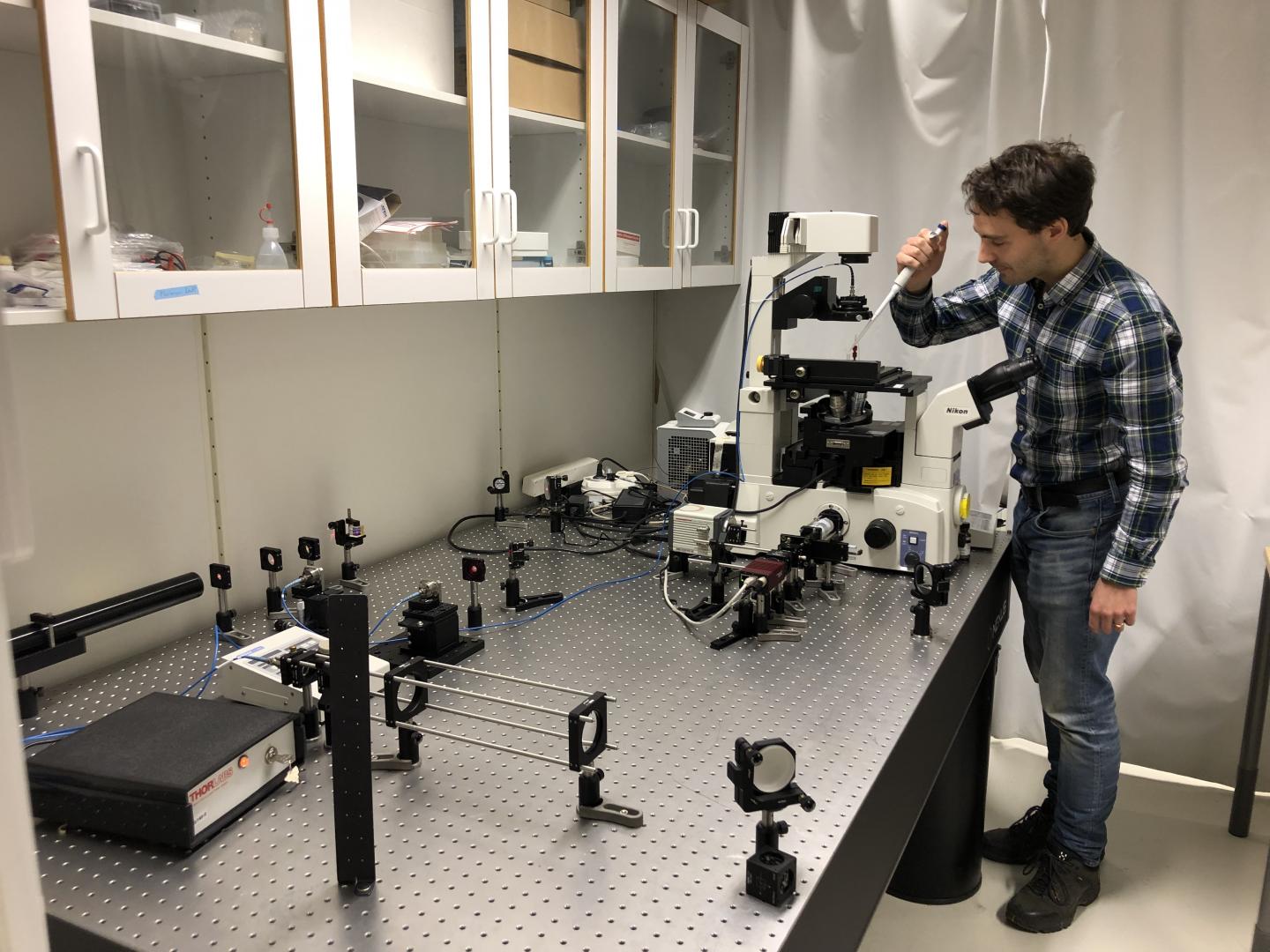 Daniel Midtvedt in the Lab. Image Credits: Mia Halleröd Palmgren/Chalmers University of Technology“Yeast is essential for both food and drink preparation, for example, in baking bread and brewing beer. This knowledge of yeast cells’ physical characteristics could be invaluable. We could optimize the products exactly as we want them,” he notes.

Cells and microorganisms use intricate systems to manage how they adapt to new conditions that may cause them stress. They can alter their own structure by absorbing or releasing substances into their surroundings. Due to the complexity of these molecular processes, it is difficult to fully understand these processes.

Researchers Daniel Midtvedt, Erik Olsén, Fredrik Höök and Gavin Jeffries examined how individual yeast cells react to changes in the local environment, which in this case was an increased concentration of salt.

The team identified and monitored the change of compounds within the yeast cells, one of which was a sugar, glycerol. Additionally, they were able to measure the exact rate and amount of glycerol produced by different cells under various stress conditions.

“Yeast and bacteria have very similar systems when it comes to response to stress, meaning the results are very interesting from a medical point of view, as well. This could help us understand how to make life harder for undesirable bacteria which invade our body – a means to knock out their defense mechanisms,” says Midtvedt.

How does the technology work?
Midtvedt has been doing research on the subject of microorganism response under stress since 2015 and in combination with his colleagues, he has developed a variant of holographic microscopy that allows the cells to be studied in three dimensions.

The method is built upon an interference imaging approach, splitting a laser beam into two light paths. One passes through a cell sample, and one does not. The two beams are then recombined at a slight offset angle. This makes it possible to read changes in the cell’s properties through the variations in beam phase offsets.

The two light paths are in phase, until one passes through the yeast cell sample. As the cell is subjected to stress, it is possible to read the changes in its properties through the resultant variations in beam phase offsets.This method of investigating a cell allows researchers to see what different organisms produce when under stress, without the need to use different types of traditional label-based strategies. With this non-invasive strategy, they can detect multiple compounds simultaneously, without damaging the cell.

In order to examine the uptake of targeted biomedicines, the researchers now plan to use this new method in a large scale collaboration project.

“Hopefully, we can contribute to improved understanding of how drugs are received and processed by human cells. It is important to be able to develop new types of drugs, with the hope that we can treat those illnesses which today are untreatable,” says co-author Professor Fredrik Höök.

The specific areas of health that may benefit from this research have not yet been specified. “The knowledge that this method could bring about drug delivery could potentially have implications in many areas,” says Midtvedt.

Going forward the researchers plan to conduct more research in order to explore potential ways to improve drug delivery and “nanoparticle characterization,” which is the examination of physical and chemical properties of nanoparticles.

“The plan is to test if the method is sensitive enough to monitor drug uptake and release, in particular with regards to evaluating new drug delivery schemes. This would allow us to quantify such uptake without harming the cells,” Midtvedt says.