You are in : All News > Steady Interest by Consumers in Supplement Category 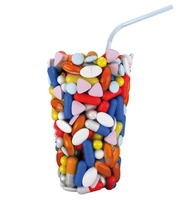 12 Oct 2016 --- A serial cross-sectional study of 37,958 US adults using the nationally representative National Health and Nutrition Examination Survey, self-reported use of any supplement products remained stable, with 52% reporting use in both 1999-2012 and 2011-2012. Patterns varied by individual supplements; use of multivitamin/multimineral products decreased, with 37% reporting use in 1999-2000 and 31% reporting use in 2011-2012.

In an in-home interview, participants were queried on use of supplements in the preceding 30 days to estimate the prevalence of use within each NHANES cycle, and trends were evaluated across cycles. Outcomes included use of any supplements; use of multivitamins/multiminerals (MVMM; defined as a product containing ≥10 vitamins and/or minerals); and use of individual vitamins, minerals, and nonvitamin, nonmineral supplements. Data were analyzed overall and by population subgroup (including age, sex, race/ethnicity, and educational status), and were weighted to be nationally representative.

In response to a new study, “Trends in Dietary Supplement Use Among US Adults From 1999–2012” published today in JAMA, the Council for Responsible Nutrition (CRN), the leading trade association for the dietary supplement and functional food industry, issued the following statement:

Statement by Judy Blatman, senior vice president, communications, CRN: “This new study on dietary supplement trends demonstrates that supplement use is a mainstream and consistent component of consumers’ health care practices, with the majority of U.S. adults indicating they take them. We’re encouraged by the authors’ interest and thoughtful assessment of dietary supplement usage, and are further encouraged that the results show the same steady interest by consumers that we’ve seen in our own market research surveys.

The new JAMA study identified supplement usage at 52 percent, but the difference in usage compared to CRN’s surveys is likely based on the differences in the surveys’ versus the study’s design, with both results having validity. The JAMA study looked at the past 30 days’ usage, while CRN’s surveys asked consumers to identify themselves as a regular, seasonal, or occasional user, past user, or non-user, which may be a more practical reflection of how consumers view their supplement use.

According to both the JAMA study and the CRN surveys, the multivitamin is the most popular dietary supplement product. CRN’s research shows multivitamin usage as steady since 2012, and slightly up from 2011. The multivitamin is an affordable, safe, and convenient way for consumers to fill those nutrient gaps that other government research has shown exist.”