You are in : All News > SPECIAL REPORT: New Expansion Platforms for Probiotics 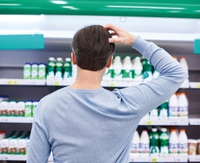 08 Feb 2016 --- Digestive health remains one of the key food and beverage industry trends to watch for 2016, with probiotics offering a key platform for market growth. NutritionInsight looks at how consumption of healthy bacteria-containing products has increased globally, and what this means for the international manufacturers.

Bacteria influence everything from immunity and digestive health to mental wellbeing and mood, as well as physical fitness and weight. Probiotics (live bacteria and yeasts) are often called "good" or "helpful" due to these benefits. Although naturally present in the body, they are also available in foods/beverages and supplement form, and have become a welcome addition to supermarket shelves in recent years.

With demand high and sales escalating, probiotics have become a more attractive option for manufacturers looking to make functional products.

New probiotic products are being introduced in the form of chocolates, biscuits, and gums to attract customers interested in health, wellness and beauty. Functional beverages, like kefir (fermented milk drink made with kefir "grains") and kombucha (fermented, lightly effervescent sweetened black or green tea drinks), are trending for health-conscious consumers in particular.

Chr. Hansen is a leading global supplier of scientifically documented probiotic strains for infant formula, dietary supplement and health-care companies around the world. Lasse Nagell, vice president of Human & Health Nutrition Global Sales & Marketing, told NutritionInsight about the key challenges when delivering probiotics to their audiences: “The probiotics must be alive when administrating it and the product should have a label claim stating an efficacious dose at the end of the stated shelf life. This puts some limitations on potential delivery vehicles.

“The most relevant delivery vehicles for infants are powder formats or oil drops. For children we offer convenient stick packs/sachets and well tasting chewable tablets. For adults we have capsules, chewable tablets, sticks/sachets, and soft gels’ he added.

But it’s not just humans who can benefit from these helpful bacteria: probiotic animal feed is a fast-growing market, expected to be worth US$3 billion in 2018. This year Adisseo and Novozymes, two global leaders in the animal nutrition and feed additive industry, launched a probiotic for poultry, Alterion, on the US, Middle East and Southeast Asian markets.

Global variations
However, the probiotics market is not progressing uniformly. Although the most recognized markets in the world are in North America and Europe, there are several regions that are under-penetrated due to low consumer awareness for probiotic supplements and limited distribution of well documented probiotic solutions, Nagell told NutritionInsight.

“Awareness will increase as the science continues to strengthen, which will allow healthcare professionals to safely recommend probiotic solutions,” Nagell concluded.

Because of the large and still-untapped consumer base in these younger markets, “the growth curve of opportunity is way higher than what you’ll see in a more mature market,” says George Paraskevakos, executive director of the International Probiotics Association (IPA). Specifically, he points to Latin American and Southeast Asian countries – including Brazil, Mexico, Colombia, China, Japan, and South Korea.

Latin America is experiencing strong growth in the vitamins and dietary supplement (VDS) markets. The market is expected to continue growing at 4.3-percent compound annual growth rate (CAGR), with some markets above 8 percent year over year. The top three reasons for the growth are the aging population, increasing health awareness and higher disposable income. Retail value sales are anticipated to grow by 3 percent (constant terms, fixed exchange rates) yearly through 2018, to reach US$5.5 billion.

Latin America is about a quarter of the size of the US market. Brazil, Mexico, Venezuela and Columbia are the largest VDS markets with about 85 percent of the total market, as stated by a 2013 report from DSM Nutritional Products. Although vitamins are the major dietary supplement products, digestive (fiber and probiotics) products are one of the top sellers across the region. Ecuador and Venezuela are among the fastest-growing countries. Probiotic supplements are especially popular in Chile.

China only started to research, develop, mass produce and consume probiotics in the 1990s – much later than that in Japan and Europe. But the Chinese probiotics market has been increasing at a high rate due to the fast-growing yoghurt, supplement, pharma and feed sectors over the past decade. Now, the market is selling several hundred kinds of nutritional foods and ingredients containing probiotics, such as fermented milk (yoghurt), cheese, cream, and soy milk; as well as probiotic supplements and pharma products.

“China and Asia Pacific represent major probiotic growth potentials. Supplements are generally well accepted in these markets, although the penetration of probiotic supplements is still below the global average however we anticipate growth in coming years.”

Preferences for product type tend to differ in this area, Paraskevakos says. While probiotic yogurts are growing big in China, probiotic sticks, sachets, and powders perform better in South Korea. “Sachets and sticks are preferred by Chinese consumers, whereas Nordic consumers are keen on chewable tablets. DuPont constantly monitor consumer preferences in order to be able to provide dispensing solutions adapted to local consumer needs and differing regulatory environments,” confirmed Danielsen to NutritionInsight.

Regulatory Specifics
This year may also be big for regulatory issues in emerging markets, primarily because of developments the United States and Europe that could set the tone around the world. Paraskevakos points to the impending release of New Dietary Ingredient (NDI) guidance by the US Food and Drink Association (FDA). When finally released, it could change the way regulators treat probiotics in the US

In June 2014, DuPont became the first company to win a probiotic claim in Europe for its DuPont Danisco Howaru Bifidobacterium lactis HN019 strain for digestive health.

The US permits structure/function claims that have allowed probiotic marketers to convey the benefits of their products. In Europe, regulators are expected to offer additional comments on permissible probiotics health claims in the first months of 2016, he says. “If Europe turns around and makes probiotics pharmaceutical drugs, that’s going to raise flags for other regulators across the world,” Paraskevakos adds.

As concerning as the regulatory drama is, it may also be contributing to the rise of new probiotic markets around the globe. Frustrated by limiting regulations in Europe, many probiotic companies are shifting their resources to other parts of the world where they are able to more freely commercialize their products, explains Paraskevakos.

In Latin America, the regulatory environment for dietary supplements is complicated, embodying more than 30 countries without harmonized regulation. However, control is slowly transforming from totally heterogeneous (the category was nonexistent or embedded in pharma), into better-defined rules with certain common patterns.

Some countries have specific regulations for dietary supplements. For example, claims only are allowed in Brazil for some ingredients, including probiotics. However, no health claims are allowed on labels or in advertising, according to work conducted by Hua Deng, Ph.D., president and the founder of Davidia Healthtech LLC.

While most companies' approvals focus primarily on gastrointestinal claims, South Korea’s first probiotic health claim was granted for Chr. Hansen’s Urex RC-14 and GR-1 Probio-Tech bacterial strains for women’s vaginal health, in 2014. Urex also has a vaginal health claim in Canada and a NDI notification filed with US FDA.

The Alliance of Health Supplement Associations (AAHSA) represents the health supplement industry in the member countries of the Association of Southeast Asian Nations (ASEAN). It aimed to have completed its regulation on health claims by the end of 2015 after 10-years of consultation.