You are in : All News > Sleep like a log: Monteloeder’s Relaxplx shown to boost rest amid pandemic pressures

16 Mar 2022 --- Monteloeder’s lemon verbena extract has been clinically proven to improve sleep quality and reduce anxiety. Relaxplx, which is purified in verbascoside, is positioned as an effective solution to growing concerns around rest and mental well-being.

“These new findings will allow us to enter the trending category of sleep and stress management with a natural solution,” Marcos Lopez, regional director of business development at Monteloeder, tells NutritionInsight.

He states there are not many clinically proven herbal extracts for sleep aid. “A lot of the plants being used are based on traditional use rather than scientific evidence. Their effects have not been studied in detail.”

In contrast, Relaxplx is a  highly purified extract, allowing for a relatively low dose. “It has been proven to improve sleep quality without generating drowsiness, and there is no need to consume it before bed. Therefore, it can also be used in the morning with positive outcomes, making it easy to incorporate in different product concepts and applications.”

Significant reductions in awake times
The study found a 26% reduction in Perceived Sleep Quality Index (PSQI) after a one-month washout in the group of 17 subjects taking Relaxplx for two months. No significant differences were detected in the placebo group.

Specifically, a significant reduction was seen in the number of times awakened during the night, while the time spent in deep sleep and REM were significantly increased compared to the placebo group – also indicators of a better quality of sleep.

Additionally, women reported a more rapid decrease in PSQI scores than men, with significant decreases observed after one month.

These findings build on prior studies conducted with athletes, which indicated reduced anxiety and improved sleep as secondary outcomes .

“For this study, we broadened the scope by recruiting not just athletes but also the general population. The study focused more on evaluating sleep quality using digital devices and blood biomarkers related to anxiety and stress levels,” notes Lopez.

Relaxplx is rich in phenylpropanoids and flavones, and it has beneficial effects on insomnia and anxiety.

Slashing cortisol levels
Researchers believe these positive results are in part due to a mechanism of action demonstrated in prior studies. The potent polyphenol verbascoside in Relaxplx can bind to the GABA-A receptor in a similar fashion as benzodiazepines, which are regularly used to treat anxiety.

Building on this, the latest study also showed a 15.6% decrease in cortisol levels in the supplement group after two months of intake compared to baseline, indicating a decreased level of stress in this group.

This was corroborated through the Perceived Stress Scale (PSS), which revealed a nearly 11% decrease after two months.

Sleep in the spotlight
Lopez notes that lack of quality sleep can have negative impacts on many areas of both mental and physical well-being.

He continues that rest and mental health concerns have “risen exponentially” and today are some of the leading health challenges consumers face.

Monteloeder points to a recent American Psychological Association (APA) survey finding two in three US adults are sleeping more (31%) or less (35%) than they wanted to since the pandemic started.

The APA also reported that the stressful environment and events of recent years are impacting many people’s long-term physical and mental health. Physical health may be declining due to an inability to cope in healthy ways with the stresses of the pandemic.

At Vitafoods Europe 2021, Axel Salomon, Europe’s sales director of Monteleoder, shared that even as many aspects of daily life return to normal, it will take consumers time to recover these aspects of mental well-being.

This week is also Sleep Awareness Week, which is spotlighting the connection between nutrition and a good night’s rest.

Founded in Alicante, Spain, in 1996, MONTELOEDER offers its BRANDED INGREDIENTS to help companies to undertake the current 3.0 health revolution focused on beauty, general health and sport.

Metabolaid is a proprietary formula comprising hibiscus flower and lemon verbena leaf extracts, highly purified in polyphenolic content. The active compounds of the blend have been scientifically demonstrated to act synergistically on their functional targets. Metabolaid is the result of more than 7 years of scientific research in both animal models and clinical studies.

Zeropollution is a multi-component active ingredient based on 4 herbal extracts (lippia citriodora, olive, rosemary and sophora japonica) that act synergistically and complementarily to protect and repair the visible skin damage caused by pollution and amplified by exposure to UV.

Move!plx is a botanical extract derived from the leaves of the Lippia citriodora plant Lemon verbena has a high polyphenolic content, being verbascoside one of the most abundant. These polyphenols confer the plant the wellness properties described. In this sense, Move!PLX is obtained through a unique extraction process to concentrate the final product in verbascoside, resulting in one of the most purified forms available in the market with this plant.

Nutroxsun is a clinically proven, natural ingredient combination of Mediterranean different rosemary and grapefruit extracts, that protects, from the inside-out, the skin from sun-induced damage. Nutroxsun is a suitable complement for topical sunscreen protection. Its effect is systemic, preventing and reducing photoinduced oxidation, skin photodamage, and photoaging.

Eternalyoung is a proprietary botanical blend comprised of Cistanche sp, Centella asiatica, pomegranate fruit and Citrus aurantium fruit that has been specially designed to delay the normal skin aging process at the cellular level, targeting the origin of youth; the cell telomeres and cell senescence.    Eternalyoung slows the aging process and enhances skin longevity, leading to a more youthful, radiant, and better-looking appearance.

Relaxplx is a proprietary botanical ingredient based on lemon verbena extracts. Rich in phenylpropanoids (verbascoside) and flavones, the lemon verbena extract has been scientifically proven to have beneficial effects on insomnia and anxiety symptoms. Helps cope with stress and improve mental health. 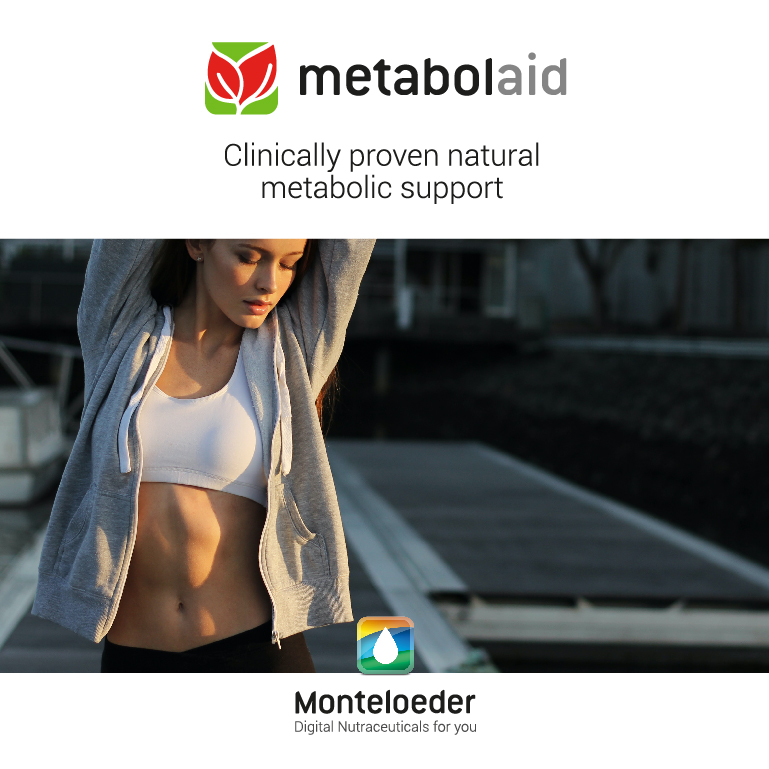 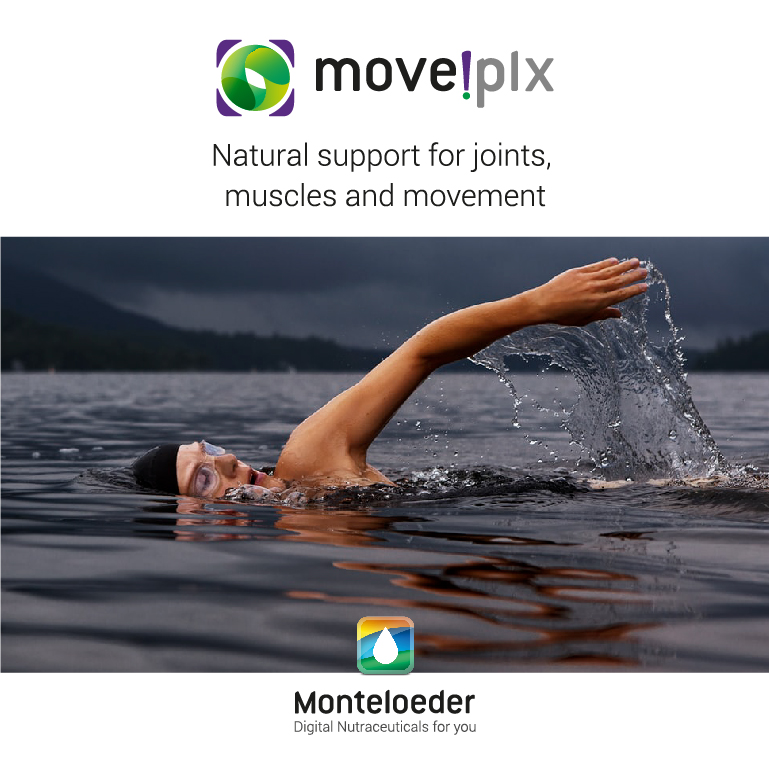 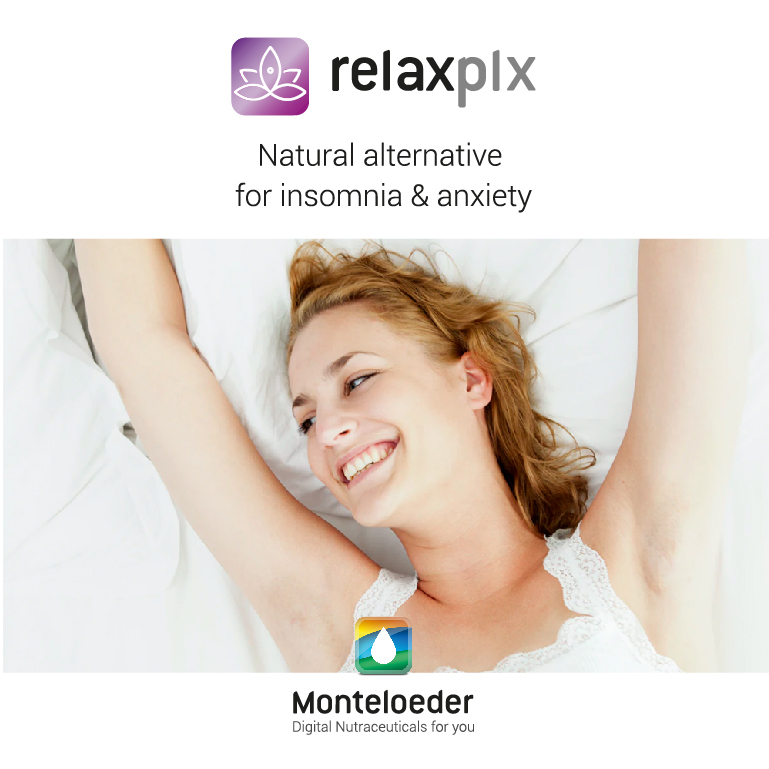 Taurine supplementation may improve the body’s antioxidant defenses and lower the risk of cardiovascular disease, diabetes and high blood pressure, according to a... Read More

A growing body of research is evidencing the potential of probiotics – dubbed psychobiotics – as an alternative to antidepressants. With consumers... Read More

Vitamin B6 may reduce feelings of anxiety and depression, according to a study carried out at the University of Reading. Though the vitamin can be found in certain... Read More

This week in nutrition news, the US Food and Drug Administration (FDA) addressed concerns surrounding imported infant formula with educational resources for parents and... Read More