You are in : All News > Senior-friendly flavors: Researchers shed light on perception degradation in fight against malnutrition

06 Jul 2021 --- The ability to perceive savory flavors like fried meat and onions degrades with age more quickly than some fruity or vanilla flavors, according to research from the University of Copenhagen, Denmark.

These insights into preferred flavors could improve the meals and dining experiences of older adults and help fight malnourishment in senior populations, the researchers say.

“Olfactory function is essential for how we perceive the world around us, which specifically is relevant in the context of foods and meals, where aromas contribute to the unique characteristics of foods,” study author Eva Honnens de Lichtenberg Broge, tells NutritionInsight.

Figures show that half of those aged over 65 admitted to Danish hospitals are malnourished. The same applies to one in five nursing home residents. Notably, smell helps to stimulate appetite and serotonin levels.

Commenting on the findings, Sonja Nodland, principal scientist at Kerry, emphasizes that demand is increasing for food, beverage and supplement products that support the immune system but also deliver great taste for older people.

Industry weighs in
Commenting on the findings, Sonja Nodland, principal scientist at Kerry, emphasizes that demand is increasing for food, beverage and supplement products that support the immune system but also deliver great taste for older people. 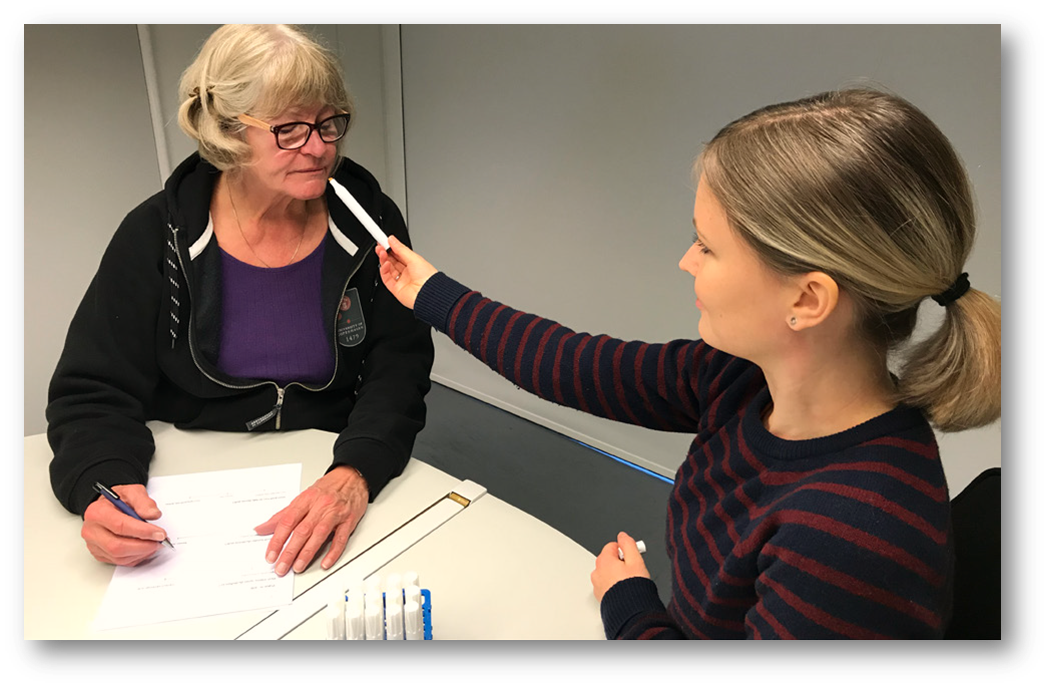 “Particularly at a very advanced age, food stays one of the few pleasures. Food shouldn’t only be healthy but also tasty. The opportunities for functional food development are enormous when you speak with seniors wishing to live longer, healthier and more mobile.”

“To target this whole consumer group, innovative recipes in meat and dairy alternatives might be combined with classic popular flavors, for example. On the other hand, classic products like yogurt are also appealing for senior consumers with new exciting taste directions.”

Preference unrelated to intensity
The study shows that the declining sense of smell among older adults is more complex than once believed.

“Thus, a declining sense of smell in older adults seems rather odor specific. What is really interesting is that how much you like an odor is not necessarily dependent on the intensity perception.”

Specifically, the results show that as long as a food odor is recognizable, its intensity will not determine whether or not it is liked.

For example, preference seemed to be largely unaffected for fried meat, onions and mushrooms, despite the largest decline in intensity perception was seen for these specific odors.

Meanwhile, older participants liked coffee’s aroma less than younger adults, even though the ability to smell it had declined.

“If one wants to improve food experiences of older adults, it is more relevant to pay attention to what they enjoy eating than it is to wonder about which aromas seem weaker to them,” says De Lichtenberg Broge.Click to EnlargeThe gaps in intensity perception between older adults (black bars) and the control group (grey bars) were especially large for umami foods.

Unpacking the reasoning
The researchers are now speculating why the intensity decline was most pronounced for fried meat, onions and mushrooms – which are all salty and umami in nature.

“It is widely recognized that saltiness is the basic taste most affected by aging. Since taste and smell are strongly associated when it comes to food, our perception of aroma may be disturbed if one’s taste perception of saltiness is impaired to begin with,” explains De Lichtenberg Broge.

She also theorizes that learned associations of basic tastes may be supporting the olfactory perception of complex food odors, which could explain the most pronounced decline in savory food odors.

“We also speculate that the continuous habituation to a new perceptual condition, which happens gradually and without notice, plays a role in the robustness of preference,” De Lichtenberg Broge continues.

The researchers developed a test kit including 14 natural food odors familiar from everyday life, including bacon, onions, toast, asparagus, coffee, cinnamon, orange and vanilla. The odors were made primarily from essential oils and presented to test subjects by sniffing sticks.

They were chosen based upon commonly consumed foods and dishes that older people often eat and enjoy most according to meal plans and surveys from a Danish catering company that provides food for the elderly.

The next study will focus on compensational strategies for groups of older adults with variating levels of olfactory decline.

The World Health Organization has dubbed this decade the “decade of healthy aging,” with the organization spotlighting the role of nutrition in maintaining vitality. Late last year, a paper released by Nuticia, part of Danone, revealed that malnutrition has presented a significant problem in elderly populations during the COVID-19 pandemic.