You are in : All News > Scientists Find Connection Between Fermented Foods and Decreased Social Anxiety 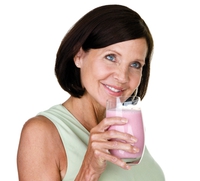 22 Jun 2015 --- Scientists have collaborated to investigate a possible connection between fermented foods, which contain probiotics, and social anxiety. The researchers found that young adults who eat more fermented foods have fewer social anxiety symptoms, with the effect being greatest among those at genetic risk for social anxiety disorder as measured by neuroticism.

"It is likely that the probiotics in the fermented foods are favorably changing the environment in the gut, and changes in the gut in turn influence social anxiety," said Hilimire. "I think that it is absolutely fascinating that the in your gut can influence your mind."

The researchers designed a questionnaire that was included in a mass testing tool administered in the university's Introduction to Psychology courses during the fall 2014 semester; about 700 students participated. The questionnaire asked students about the fermented foods over the previous 30 days; it also asked about exercise frequency and the average consumption of fruits and vegetables so that the researchers could control for healthy habits outside of fermented food intake, said Hilimire.

"The main finding was that individuals who had consumed more fermented foods had reduced social anxiety but that was qualified by an interaction by neuroticism. What that means is that that relationship was strongest amongst people that were high in neuroticism," Hilimire said.

The secondary finding was that more exercise was related to reduced social anxiety. Although the researchers were pleased to see the findings so clearly support their hypothesis, the study is just the first in a series they have planned to continue exploring the mind-gut connection, including another examination of the data to see whether a correlation exists between fermented food intake and autism symptoms, said Hilimire.

"However, if we rely on the animal models that have come before us and the human experimental work that has come before us in other anxiety and depression studies, it does seem that there is a causative mechanism," said Hilimire. "Assuming similar findings in the experimental follow-up, what it would suggest is that you could augment more traditional therapies (like medications, psychotherapy or a combination of the two) with fermented foods -- dietary changes -- and exercise, as well."

DeVylder noted that research over the past several years has increasingly supported a close relationship between nutrition and mental health. "This study shows that young adults who are prone towards anxiety report less social anxiety if they frequently consume fermented foods with probiotics. These initial results highlight the possibility that social anxiety may be alleviated through low-risk nutritional interventions, although further research is needed to determine whether increasing probiotic consumption directly causes a reduction in social anxiety," he said.