You are in : All News > Safeguarding school nutrition: Open letter calls for post-Brexit government to protect free lunches 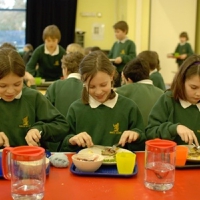 27 Aug 2019 --- Millions of UK schoolchildren could soon be feeling the effects of a no-deal Brexit through their school lunches, according to an open letter signed by over 30 children’s health and wellbeing professionals, campaigners and unions. The letter calls on the government to safeguard free school lunches, with a no-deal Brexit anticipated to increase food prices by up to 10 percent. This, in addition to the predicted interruptions to fresh fruit and vegetable supply, has led the groups to ask for assurance that extra funding will be available to ensure schools can continue to feed children properly.

“Royal Society for Public Health (RSPH) signed the letter because three million children in the UK receive free school meals and depend on this meal for their main source of nutrition. We need to safeguard school meals to protect the health of this generation and future generations following Brexit,” Louisa Mason, Policy & Communications Executive at RSPH, tells NutritionInsight.

With Brexit on the horizon, questions have been raised as to whether the UK government is well-positioned to tackle the challenge of managing the nation’s poor dietary habits. To date, no public advice has been issued on how a potential no-deal outcome might restrict current dietary health advice, according to Professor Tim Lang of the Centre for Food Policy at City, University of London. 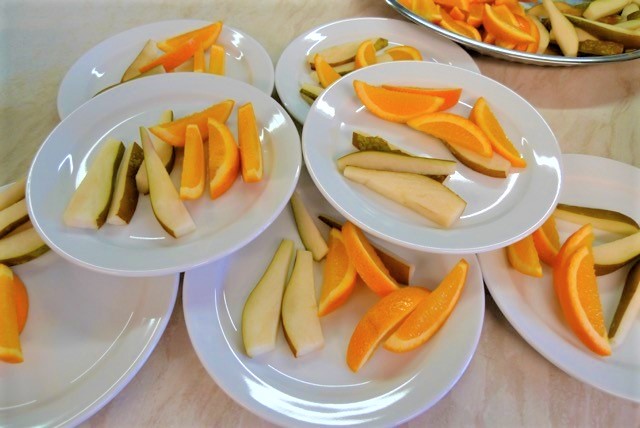 Click to EnlargeFruits and vegetables are especially at risk (Source: School Food Matters).The government has previously been criticized for its “slow uptake” on planned health initiatives. This slow uptake was highlighted in the industry responses to a Green Paper that was published just hours before Johnson took office in July. Many are concerned that a no-deal Brexit will further complicated health plans by complicating our access to healthy food, as well as medicine.

The Department for Education has previously stated that schools will have the necessary provisions to meet the school food standards and to provide nutritious meals regardless of the Brexit outcome. However, the open letter addressed to The Times notes that the government is privately expecting food shortages and consumer panic buying.

“Leaked Cabinet documents say they are predicting possible fresh fruit and vegetable shortages and price increases. It’s not clear how school cooks and caterers will be able to keep children’s plates full and nutritional standards high if there is little fresh fruit and veg available, and if food costs more. It would be the most vulnerable school pupils who would end up losing out. The government needs urgently to reassure schools that extra funding will be reliably available to ensure schools can continue to feed children well,” says Kath Dalmeny, Chief Executive of the Food and Farming Alliance Sustain, which runs the Children’s Food Campaign.

“Supply of fresh fruit and vegetables will be the most challenging aspect. If we exit without a deal at the end of October, it will happen at a time when the UK seasons are against us,” adds Stephanie Wood, Founder and CEO of School Food Matters. The end of October is when the British growing season is finishing and the UK becomes more dependent on importing fresh produce. “Frozen fruit and vegetables are a good substitute, but the industry anticipates price hikes that will add pressure on delivery,” she continues.

Frozen or tinned foods could be used in place of fresh varieties, agrees Clare Thornton-Wood, Pediatric Dietitian at The British Dietetic Association. “Possible examples include frozen or tinned carrots, or tinned fish like tuna in place of fresh fish. It might be that schools have to make more of the food from scratch than they do now, like bread. They could also substitute long-life dairy such as ultra-high temperature processed yogurts and milk for fresh.”

Fear among budget cuts
The organizations are also concerned about how schools are already experiencing budget shortages will cope with limited fresh food supplies and price hikes. Additionally, it highlights how the public sector will be harder hit as it does not have the same buying power as those in the private sector.

“It is for the government to work out where the cash comes from. Charities have come together to lobby for a ring-fenced ‘hardship fund’ so that funding is available to ensure that our most vulnerable children and families don’t go without,” Wood continues. 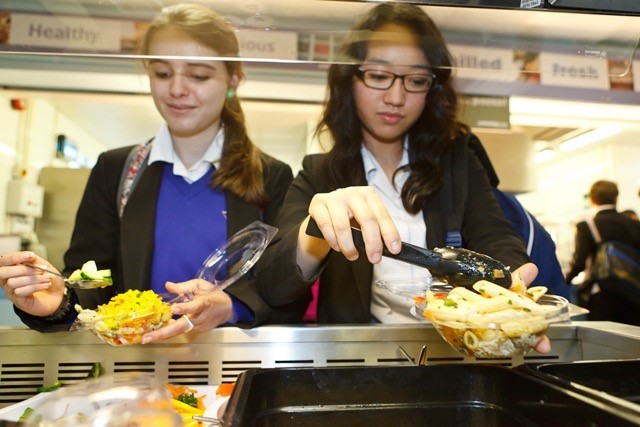 Currently, school meals must comply with government school food standards. These have been in place since 2015, following a comprehensive review of the quality and nutritional value of school food. The review was headed by Henry Dimbleby, who is now leading the National Food Strategy process. Nearly three million UK children receive a free school meal as they are from low-income families or those that receive tax credits or are on benefits.

“The school food standards reduce the amount of foods that are high in fat, salt and sugar. If the standards are followed, school meals are healthy, nutritionally balanced across a three-week menu cycle. Currently, government does not check on compliance, something that School Food Matters is campaigning on,” notes Wood.

In addition to being endorsed by leaders from Sustain, RSPH and School Matters, the letter is also signed by chef Hugh Fearnley-Whittingstall, as well as executives from UNISON, British Dietetic Association, Guy’s and St Thomas’ Charity, ISS Food Services, Sugar Smart and more.

20 Jan 2020 --- In a highly controversial move, the US Department of Agriculture (USDA) has announced two proposals that would relax school food nutrition standards set out in the... Read More

Conservatives’ landslide success: What it means for UK nutrition

11 Dec 2019 --- The cultivation of pulses could address a range of malnutrition needs around the globe. This is according to the Food and Agriculture Organization of the United... Read More

10 Dec 2019 --- What is the future of food? This question has perhaps never been more relevant than now, as climate change chaos has ensnared the global population. Permeating... Read More