You are in : All News > Researchers discover “unexplored enzyme” to harness power of expensive saffron

01 Sep 2022 --- Scientists have found a substitute for one of the most expensive spices in the world, saffron. The spice, known as “red gold" often gets overlooked in terms of production because of its price tag, limiting its place in the food industry.

Research has now found an unexplored enzyme leads the way for the saffron pigment to be harnessed in other ways.

Researchers from King Abdullah University of Science and Technology (KAUST) in Saudi Arabia discovered they could extract the enzymes found in saffron that give it its vibrant color and beneficial properties, carotenoid cleavage dioxygenases (CCDs), from the common gardenia flower.

Saffron is unique because of its active ingredient, crocins. This ingredient has therapeutic properties and gives saffron its yellow color, commonly used for food pigmentation.

“Crocins, the pigments of saffron, are healthy antioxidants and natural colorants that have therapeutic potential. Producing them from sources other than Crocus sativus, would allow using them at a large scale in the food industry and exploring their potential as natural pharmaceuticals,” team leader, Salim Al-Babili told FoodIngredientsFirst.

From the research, the benefits of saffron could no longer be limited and be harnessed to be utilized in higher quantities. This could have food industry implications with more brands using this saffron substitute in their products due to its lower cost. 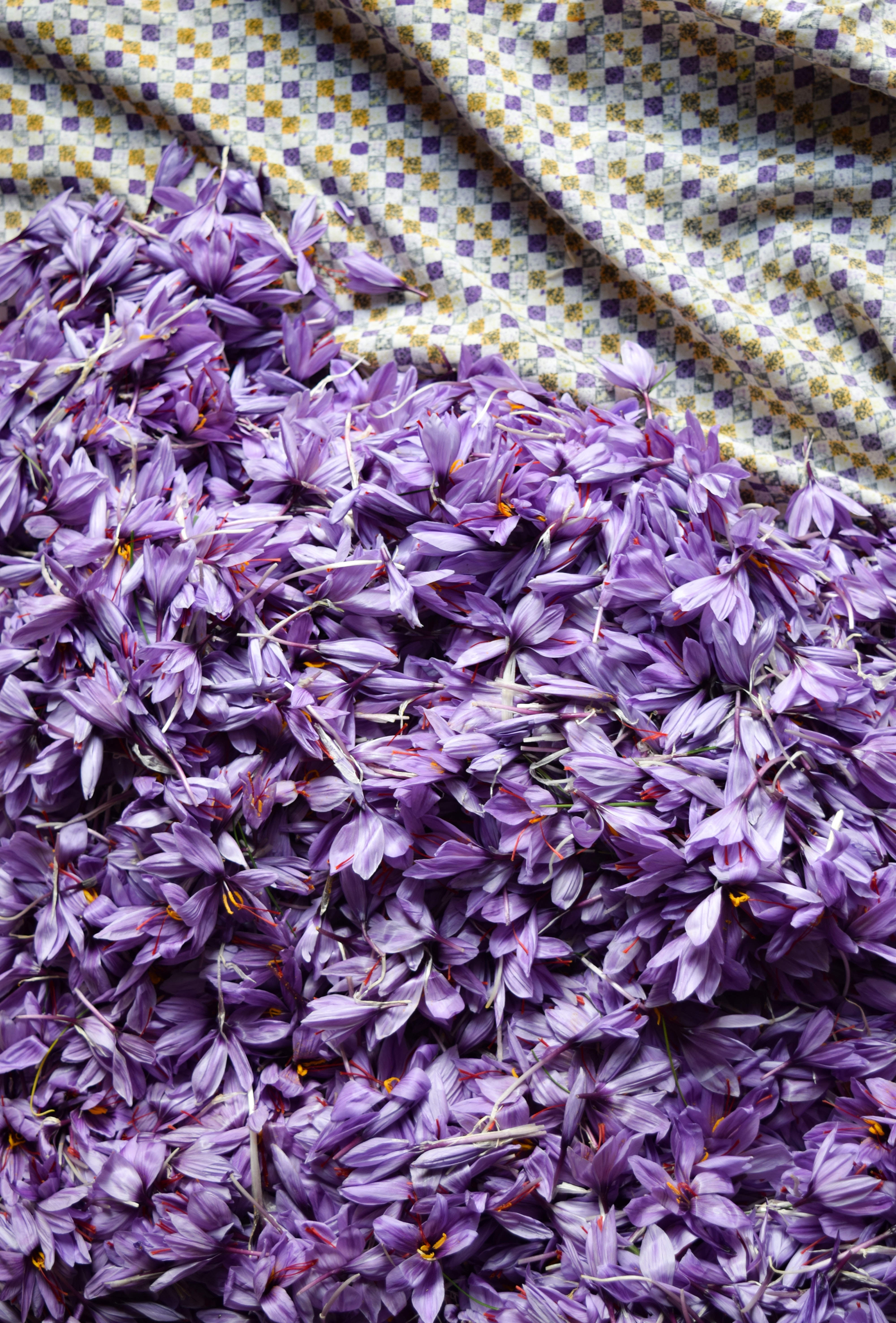 Saffrons benefits are potentially no longer limited. Difficulties obtaining saffron
Saffron comes from the crocus sativus flower, only grown in limited areas of the Mediterranean and Asia.

Saffron is also hard to obtain in large quantities since it takes 150,000–200,000 flowers to produce one kilogram of the spice, making it a desirable food ingredient.

The saffron used in food comes from the flowers’ stigma (innermost part). Harvesting and processing the hand-picked stigmas is a labor-intensive process.

That is why these researchers explored other methods of accessing the same pigment in saffron to harness its food and health benefits.

However, general difficulties still stand in the way of larger-scale saffron production.

Cases of fake saffron being sold in the marketplace have been present to profit off its desirability but not having to deal with the difficulties of harvesting it.

The enzyme found
The color of saffron is derived from the carotenoids catalyzed by CCD enzymes which create crocins.

These Gardenia jasminoides are used in traditional Chinese medicine to drive illness out of the body.

The scientists identified a highly efficient CCD enzyme from the Gardenia jasminoides that produces the crocin precursor, crocetin dialdehyde. This ingredient can be harnessed to create the same pigment found in saffron.

“It could be used to produce safranal and picrocrocin, for example, which give rise to the taste and characteristic aroma of saffron. These could be used as flavor additives and have a bioactive potential awaiting exploration,” says lead author Xiongie Zheng.

Gaining access to the flavor and therapeutic properties of saffron without having to experience the strains of obtaining it could have reverberating effects in the food and nutrition industries.

“We now have an efficient tool to produce crocins. This will pave the way for large-scale production of these natural compounds,” tells Al-Babili.A simple garden flower makes the same pigment as saffron.

Future biotechnologies
Al-Babili says the study paves the way for the biotechnological production of crocins and other high-value compounds derived from carotenoids. Other carotenoid-derived compounds, such as scents and colorants in food, could be produced from the platform technology.

“The enzyme we have identified and the multigene engineering strategy could be used to establish a sustainable plant cell factory for crocin production in tissue culture of different plant species,” says Zheng.

The biotechnologies used in this study may be able to be applied to other foods.

“Our biotechnological approach can also be used on crops, such as rice, to develop crocin-rich functional food,” emphasizes Zheng.

While demand for products within the mental health category were steadily rising before COVID-19 hit, the pandemic brought with it an explosive boom of interest in this... Read More

Spain-based Pharmactive Biotech Products has scored a patent for Affron, positioned as the first US patent for mood support. It is derived from Crocus sativus L –... Read More