You are in : All News > Researchers cast doubt on fighting non-communicable diseases with supplements 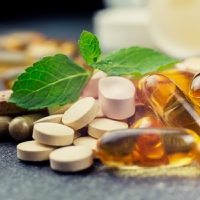 06 Jul 2020 --- There is little evidence that vitamin, mineral and fish oil supplements protect against non-communicable diseases (NCD) despite increasing purchases from healthy people. This is according to an analysis published in the British Medicine Journal, which calls for further research to assess the long-term effects of supplements on the health of the general population and in individuals with specific nutritional needs, including those from low- and middle-income countries. These efforts, coupled with the integration of new research approaches, will better inform clinical practice and public health policies.

“In contrast to results of observational studies, the accumulated evidence from randomized controlled trials does not support benefits of supplements in reducing risks of cardiovascular disease, cancer or Type 2 diabetes in healthy people with no clinical nutritional deficiencies,” write the researchers.

Led by Fang Fang Zhang, Associate Professor at Tufts University, the team examined patterns of supplement use and the evidence on their effects from randomized trials. Their findings contrast with those from observational studies, where supplemental nutrient intakes are often associated with a reduced risk of these diseases. They note that apparent associations from observational studies may result from unknown or unmeasured confounding factors such as socioeconomic status and lifestyle factors, including a better overall diet.

Consumers in many countries are raising their intake of supplements as they face increasingly busy lives. According to Innova Market Insight, global supplement launches have experienced a CAGR of 14 percent (2015 to 2019), which rises to 23 percent for Europe. A survey from the market researcher showed that one in two US consumers agree that it is easier to achieve the recommended intake of nutrients with supplements than with food. Meanwhile, a survey the following year revealed that 78 percent of US consumers made lifestyle changes to try and improve health and wellbeing in the previous year.

Click to EnlargeThe researchers flag that the effect of supplements in specific populations warrants further investigation.Examining a range of conditions
A review of 15 randomized trials confirmed the lack of benefits of supplements on cardiovascular events, mostly among patients with risk factors. Ingredients investigated include folic acid, omega 3, and vitamin D, as well as B vitamins. In terms of Type 2 diabetes, there is currently no evidence to support the use of supplements with vitamins C or E, beta-carotene, or fish oil to reduce the risk of this NCD.

Meanwhile, some evidence suggested certain vitamins and minerals may go as far as to cause harm, in terms of cancer. For example, beta-carotene supplementation increased the risk of lung cancer among individuals in two randomized trials. Meanwhile, vitamin E was associated with a 17 percent increase in prostate cancer risk among men. Despite prior concerns about a connection between folic acid and the growth of undiagnosed colorectal adenomas, 11 trials concluded that the nutrient neither increased nor decreased site-specific cancer risk within the first five years of supplementation. Additionally, vitamin D was not found to be linked to cancer risk.

Finally, the paper outlines that recent evidence regarding the effects of vitamin D and calcium supplementation on osteoporosis is inconsistent. Varying analyses found differing results about the efficacy of the nutrients. “In the absence of clear evidence on supplementation, it is prudent to ensure that dietary recommendations on calcium and vitamin D intakes are met through food and supplementation,” state the researchers.

Outlook ahead
The researchers flag that the effect of supplements in specific populations warrants further investigation. Older adults are at an increased risk of malnutrition because of reduced nutrient intake and age-related decreases in the bioavailability of some micronutrients. Vitamin D supplementation is recommended for breastfed infants before the introduction of whole milk and solid foods. Supplements may be more effective in reducing the risk of NCD in specific ethnic groups or people with low micronutrient intake from foods.

“With a recent increase in the proportion of people reporting that they follow restricted dietary patterns such as ketogenic, paleo, vegan and vegetarian diets, the value of supplements to meet the needs of these specific populations requires evaluation,” highlight the researchers.

According to Innova Market Insights, 2018 saw the supplement launches with a keto claim rise by 783 percent from the previous year. Rises in paleo (190 percent), plant-based (121 percent) and vegan (37 percent) were also recorded.

“In addition, potential nutrient-gene interactions have rarely been examined in studies of dietary supplements. Future studies on the role of nutrigenetics should help refine and personalize targeted recommendations for supplement use,” the scientists write.

Indeed, personalized nutrition is a booming space, with it set to be the guiding force in a strategic plan from The National Institutes of Health, part of the US Department of Health and Human Services. Last month, scientists completed large-scale tests on a new type of five-minute urine test that measures the health of a person’s diet, and produces an individual’s unique urine “fingerprint.” Meanwhile, Nutrigenomix has grown its gene testing panel of validated markers from 45 to 70 genes.

14 Jun 2021 --- Functional water brand 2T Water is expanding the reach of its Biotin Water Hair, Skin and Nails. The product range is now sold across Publix Supermarkets in the... Read More

09 Jun 2021 --- A quarter of British people admit they do not take any form of vitamin D supplementation – despite strong recommendations from the nation’s National... Read More

09 Jun 2021 --- As the COVID-19 pandemic continues to severely impact many regions of the world, suppliers highlight that clinical nutrition is more important than ever... Read More