You are in : All News > Research driving demand for OPO in China’s formula market: Advanced Lipids 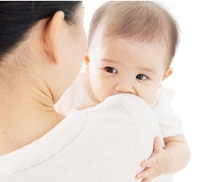 16 Feb 2018 --- OPO is increasing in popularity in China’s infant formula market, and according to Advanced Lipids, this is down to the growing body of scientific research backing the benefits of this ingredient. Also known as SN-2 palmitate, OPO is a premium quality ingredient that mimics the fatty acid profile of human milk.

Demand for infant formula containing OPO has soared over the past decade. OPO is particularly sought after in China, which accounts for almost 40 percent of the retail value of the US$48 billion global formula market. At Food Ingredients China (22 to 24 March in Shanghai), Advanced Lipids Chief Scientist Dr. Sigalit Zchut will present the results of a recent pre-clinical study showing that INFAT may have a beneficial effect on the length and quality of bones. This is in addition to the product’s other clinically proven benefits, which include longer sleep duration, reduced crying, and better fat and calcium absorption.

Political and demographic changes are expected to lead to further growth in demand for premium quality formula ingredients in China. The recent relaxation of the country’s single child policy has sparked a mini baby boom, while new regulations have placed greater emphasis on quality.

Innova Market Insights data show that global tracked infant formula launches saw a compound annual growth rate (CAGR) of 32 percent between 2012 and 2016. The CAGR value of global baby formula/milk sales is estimated to be 8.6 percent between 2015 and 2017.

Interestingly, the global infant formula/milk category is seeing value and volume growth averaging at 8.3 percent and 5.8 percent, respectively, for the years 2012-2017.

Speaking to NutritionInsight, Zchut explains that nutritional benefit and safety are the two most important factors driving the choice of formula in China.

“Much less importance is placed on price. The popularity of formula containing OPO reflects awareness in China of its clinically proven benefits for health and nutrition, including softer stools and better fat and calcium absorption. Perhaps most importantly, it helps babies sleep more and cry less,” Zchut says.

“Babies are valued particularly highly in China. This is partly supported by the Chinese culture where the child is regarded as a national resource, the person on whom the family will rely on when they grow old. It was also supported for many years by the single child policy. Even though the policy was recently relaxed, for many Chinese families the idea of having two children is still foreign.”

On top of this, Zchut notes that the country’s growing middle class is well educated and has disposable income, and with women joining the workforce, parents are looking for the best nutrition for their child.

“So you have a market where parents want the absolute best for their children, and actively seek out formula containing ingredients backed up by science. That’s had a major impact on the kind of products people are buying. In 2013, super-premium products accounted for 14 percent of the formula sold in Chinese baby specialty stores. By 2014 that had grown to 18 percent. OPO is the fastest growing premium ingredient in the Chinese formula market and a definite ‘must have’ for many parents,” he says.

Despite the growing opportunities for premium infant nutrition ingredients, a 2008 Chinese infant formula safety scandal has led to a re-examination of the complex supply chains that exist within international dairy trade and concerted efforts were made to ensure that risks are more minimized efficiently and contained in the future.

“The biggest challenge for companies marketing formula in China is regulation, especially now that the rules have been tightened. Companies applying for registration have to present clinical evidence to support the special ingredients they would like to add to their formula, and nutritional composition has to be listed in accordance with national safety standards. Exaggerated or non-scientific statements about health benefits are not allowed. In other words, if you’re going to succeed in the Chinese market, you have to prioritize scientific evidence and quality,” Zchut says.

“Consumers actively seek out formula that contains OPO, which they know offers many benefits that are substantiated by clinical studies. The more we have learned about the clinical benefits of OPO, the more demand has risen in China. At Advanced Lipids, we are leading much of the scientific research and innovation contributing to the success of OPO,” Zchut concludes.