You are in : All News > Predicting obesity? Low levels of a peptide hormone are linked to metabolic disease and weight gain

Predicting obesity? Low levels of a peptide hormone are linked to metabolic disease and weight gain

28 May 2019 --- Low levels of a circulating hormone called adropin can predict increased weight gain and metabolic dysregulation in a nonhuman primate model following a high-sugar diet. This is according to a collaborative report from Saint Louis University, (SLU) and the University of California, Davis School (UC Davis) of Veterinary Medicine in the US. Published in The Journal of Biological Chemistry, the study set out to understand how the body burns fuel. The researchers hope the findings will help develop new therapies for managing metabolic diseases.

“We were surprised with the strength of the associations between plasma adropin concentrations and plasma markers of liver lipoprotein metabolism and adiposity in rhesus monkeys. That this correlation appears to be shared at transcriptome and plasma level was also not anticipated. The finding that the adropin gene shares a very discrete pattern expression during the day with clusters of genes involved in metabolic processes and signaling in peripheral organs was surprising and fascinating. However, this result should be viewed with caution given the small sample size of the diurnal transcriptome atlas,” Andrew Butler, Ph.D., Professor of Pharmacology and Physiology at SLU, tells NutritionInsight.

Several years ago, Butler and his team discovered adropin, a peptide hormone that plays an important role in the regulation of lipid and glucose homeostasis. This means that adropin regulates whether the body burns glucose or fat.

In previous studies performed in mice, researchers found that low levels of the hormone observed in obese mice may contribute to diabetes and the associated reduced ability of the body to use glucose. They also found that young men with high adropin levels had lower body mass index (BMI) levels. Moreover, some studies indicated that low adropin levels are linked to biomarkers of insulin resistance. 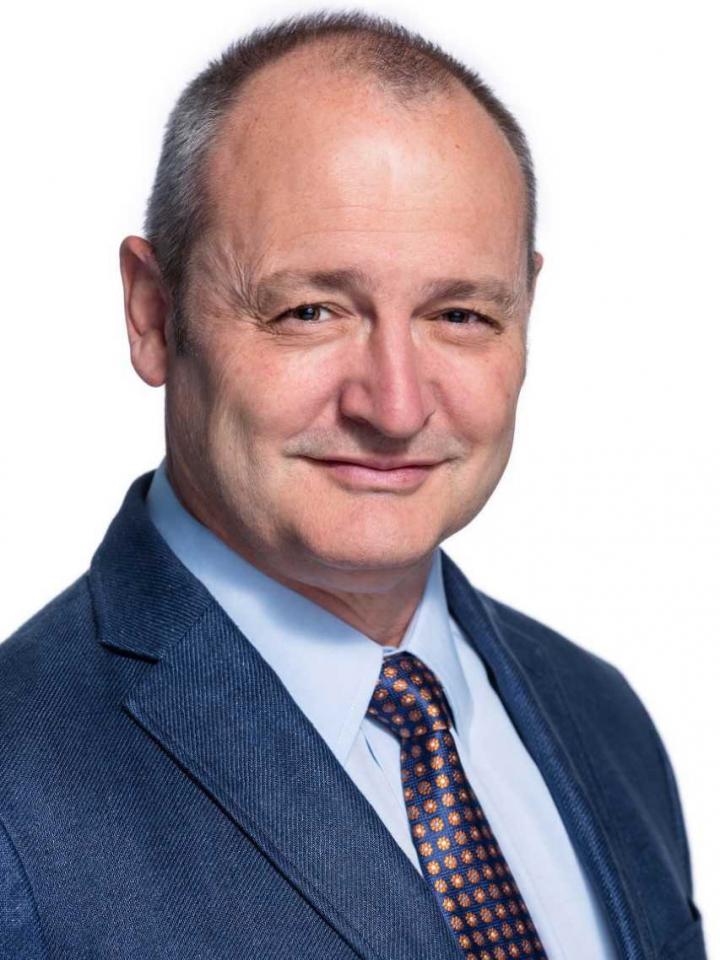 Click to EnlargeAndrew Butler, Ph.D., professor of pharmacology and physiology at Saint Louis University.
Credit:Saint Louis UniversityAvenues of research targeting obesity are important, as worldwide obesity has nearly tripled since 1975, according to data from the World Health Organization (WHO). In 2016, more than 1.9 billion adults, 18 years and older, were overweight and of these over 650 million were obese. Around 41 million children under the age of five were overweight or obese in 2016 and more than 340 million children and adolescents aged five-19 were overweight or obese.

They examined the plasma of 59 adult male rhesus macaques –  the best-known species of Old World monkeys – fed a high sugar diet. Overall, consumption of a fructose diet produced a 10 percent gain in body weight and increases of fasting levels of insulin. Essentially this indicates insulin resistance, which reduces glucose use and elevated fasting triglycerides, which in humans increases the risk of cardiovascular disease.

“Monkeys with low adropin may therefore not be oxidizing glucose as well, explaining their higher fat content as the glucose is converted to lipids instead of being used as a metabolic fuel,” Butler explains.

The researchers also examined a baboon transcriptome (genetic) data set to explore the expression of the adropin gene in a nonhuman primate. Adropin is encoded by the Energy Homeostasis Associated (ENHO) gene.

“Last year we reported that adropin appeared to be an output of the biological clock using mouse models and cultured human cells,” Butler says. “What we show in this paper is that the expression of the ENHO gene is higher in the daytime and lower at night in most primate tissues.” This is in line with the notion that adropin expression is controlled via “clock-related” mechanisms.

“To further get at what this might mean, data suggest that enhanced use of glucose as fuel happens at certain times of day,” Butler says. “At night time, the body relies on energy reserves stored as lipids in fat cells and in the daytime relies more on the carbohydrates coming in from the diet.”

Click to EnlargeThis could mean that stimulating adropin expression by our internal clocks may contribute to increasing the use of glucose as a metabolic fuel during the daytime. Other findings showed that adropin expression is co-regulated with clusters of genes involved in glucose and fat metabolism in the liver.

“From the metabolic disease perspective, we need to understand what adropin is doing in the liver, and to further explore whether it has a significant role in the regulation of liver carbohydrate and lipid metabolism. Another important question is what if anything plasma adropin concentrations are telling us about the expression of clusters of genes in key metabolic tissues,” Butler says.

Research notes the adverse health effects of obesity
The number of people who are either overweight or obese now outnumbers those with a healthy body weight by a ratio of two to one. More than one-third of US adults are obese and some of the lead causes of non-communicable disease’ deaths – such as stroke, diabetes and cancers – are obesity-related.

Studies have shown that processed foods rich in food additives, high sugar diets and a sedentary lifestyle contribute to the development of metabolic disease and obesity. For example, last month, research by the Harvard T.H. Chan School of Public Health showed that consumption of propionate, or propionic acid – a mold-preventing preservative – increases levels of hormones associated with obesity and diabetes.

In addition, a University of Chicago study, found that obese women are at a higher likelihood of developing triple-negative breast cancer (TNBC) – an aggressive type of breast cancer that is particularly difficult to treat.

Scientific research has linked also obesity to an array of negative brain health outcomes. A study published in Physiological Reports found that when a high-fat, high-sugar (HFS) diet that leads to obesity is paired with normal aging, it may contribute to the development of Alzheimer’s disease.

Recently, separate research from Sweden and the UK – both presented at this year’s European Congress on Obesity (ECO) in Glasgow, UK – found that obesity may increase the risk of developing anxiety and depression in children and adolescents.

04 Mar 2020 --- In light of World Obesity Day, industry experts are underscoring the significant role sweeteners have in tackling the growing epidemic. Globally, governments are... Read More