You are in : All News > Metabolic disruptor? Widely used preservative linked to obesity and diabetes, study finds 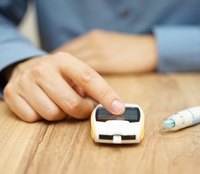 26 Apr 2019 --- Consumption of propionate, or propionic acid – a mold-preventing preservative widely used in baked goods, cheese, animal feeds and artificial flavorings – appears to increase levels of several hormones that are associated with obesity and diabetes. This is according to research by the Harvard T.H. Chan School of Public Health in collaboration with Brigham and Women’s Hospital and Sheba Medical Center in Israel. The findings have prompted the researchers to call on the US Food and Drug Administration (FDA) to further investigate the preservative and potential alternatives that could be used in food preparation. The report was published in the online journal Science Translational Medicine.

The study incorporates data from a randomized placebo-controlled trial in humans and mouse studies, which indicate that propionate can trigger a “cascade of metabolic events” that leads to insulin resistance and hyperinsulinemia – a condition marked by excessive levels of insulin. The findings also showed that in mice, chronic exposure to propionate resulted in weight gain and insulin resistance.

Where the effects of propionate consumption were found to dissipate after some time under controlled settings, the researchers have yet to evaluate the repercussions of long-term exposure to the substance. However, they do suspect a correlation between rising diabetes rates and the ubiquitous food ingredient.

“In the human study, we observed that the interference of propionate in normal post-meal metabolism lasted for about four hours. So, in this setting the effects are reversible,” Dr. Gökhan S. Hotamışlıgil, study author and Director of the Sabri Ülker Center for Nutrient, Genetic and Metabolic Research at Harvard Chan School, tells NutritionInsight.

More than 400 million people worldwide suffer from diabetes and the rate of incidence is projected to increase 40 percent by 2040 despite extensive efforts to curb the disease. The surging number of diabetes cases, as well as obesity, in the last 50 years indicate that environmental and dietary factors must be influencing the growth of this epidemic, the researchers note.

“One such factor [of surging diabetes rates] that warrants attention is the ingredients in common foods. We are exposed to hundreds of these chemicals on a daily basis, and most have not been tested in detail for their potential long-term metabolic effects,” says Amir Tirosh, Director of the Division of Endocrinology at Sheba Medical Center, and research fellow at Harvard Chan School.

“Understanding how ingredients in food affect the body’s metabolism at the molecular and cellular levels could help us develop simple but effective measures to tackle the dual epidemics of obesity and diabetes,” Dr. Hotamışlıgil adds.

Propionate deals the most damage in its additive form
Dr. Hotamışlıgil highlights that propionate does appear naturally in the body as a metabolite produced by the gut microbiome. In the experiments however, the researchers found that oral exposure to propionate results in a rapid exposure of the liver to this short chain fatty acid, resulting in a marked increase in glucose production.

“However, the outcomes in colonic exposure do not occur in the same manner. It means, that when produced locally in the colon, propionic acid may have different kinetics and different biological actions than when it is consumed, rather unnaturally, with food,” he adds.

Administered doses of propionate led to a “surge in hormones”
For this study, the researchers first administered doses of propionate to mice and found that it rapidly activated the sympathetic nervous system, which led to a “surge in hormones” – including glucagon, norepinephrine and a newly discovered gluconeogenic hormone called fatty acid-binding protein 4 (FABP4). In turn, this caused the mice to produce more glucose from their liver cells, leading to hyperglycemia – a defining trait of diabetes. Moreover, the researchers found that chronic treatment of mice with a dose of propionate equivalent to the amount typically consumed by humans led to significant weight gain, as well as insulin resistance.

To determine how the findings in mice may translate to humans, the researchers established a double-blinded, placebo-controlled study that included 14 healthy participants. The participants were randomized into two groups: one group received a meal containing one gram of propionate as an additive and the other was given a meal that contained a placebo. Blood samples were collected before the meal, within 15 minutes of eating, and every 30 minutes thereafter for four hours.

The researchers found that people who consumed the meal containing propionate had significant increases in norepinephrine as well as increases in glucagon and FABP4 soon after eating. The findings indicate that propionate may act as a “metabolic disruptor” that potentially increases the risk for diabetes and obesity in humans. The researchers noted that while the US Food and Drug Administration (FDA) generally recognizes propionate as safe, these new findings warrant further investigation into propionate and potential alternatives that could be used in food preparation.

“This was a proof-of-principle study that highlights the importance of propionate as a potential metabolic disruptor and its potential implications in humans in a small and short-term clinical study,” says Dr. Hotamışlıgil. “Our observations require validation in large-scale and longer term clinical studies in humans before we can conclude regarding a potential hazardous effect on public health and make an appropriate recommendation.”

05 Feb 2020 --- Formula companies have quadrupled their spending on toddler milk marketing in ten years, which often feature unsubstantiated claims. This is according to a paper... Read More

04 Feb 2020 --- With obesity being the biggest cause of cancer after smoking, nutrition can have a notable impact on cancer – and vice versa. To mark World Cancer Day,... Read More