You are in : All News > Plantcarb CEO: Pure amylose starch can alleviate diabetes and plastic pollution crises

03 Feb 2022 --- There is a “blue ocean” of opportunity in developing crops that contain pure amylose starch, with applications ranging from health ingredients to tackle the Type 2 diabetes epidemic to cost-effective bioplastics.

This is according to Jan Mousing, CEO of Plantcarb, who speaks to NutritionInsight about the Denmark-based start-up’s path to developing its proprietary form of barley, reverse-engineering a non-GMO variety, as well as upcoming growth plans.

Notably, the company – which was founded in 2019 as a spin-out of Aarhus University – is gearing up to raise investments from early next year, with a goal of going to market in two years.

“We are growing the crops in a controlled environment, as well as purifying the starch. That means that to upscale our vision, we need some relatively intensive investments. We are also doing R&D on all the interesting applications that you can make out of pure amylose,” explains Mousing.

He explains that while amylose already exists, Plantcarb wants to upscale the production. Currently, it tends to be used in terms of milligrams, but Plantcarb aims to supply it in kilograms.

“We will be able to supply this at a very attractive price compared to now. I’m certain that if we succeed with this endeavor, other businesses will emerge because it is a ‘blue ocean’ situation.” 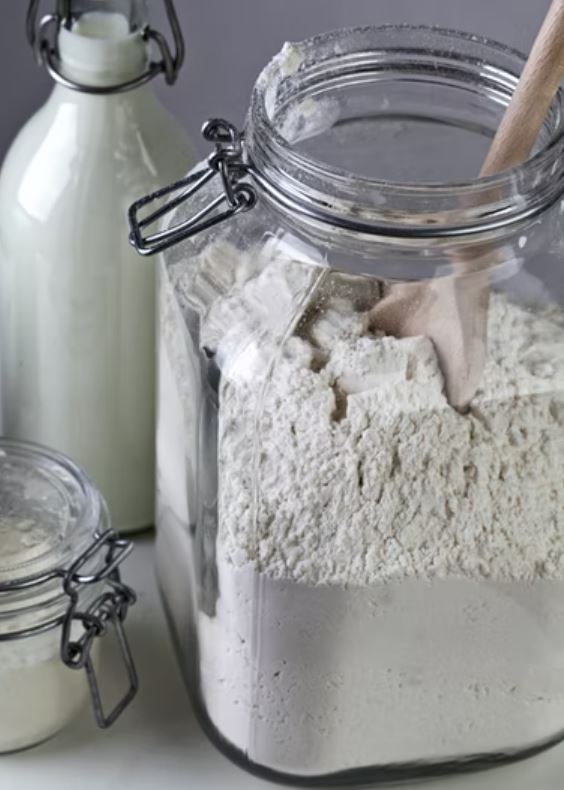 Many starches break down sugars too quickly, which makes blood sugars levels quickly increase to an unhealthy level.

Targeting the “good” starch
There is a major market for starch – the most common carbohydrate in the human diet, according to Plantcarb.

Starch contains two types of natural compounds: amylose and amylopectin. Amylopectin is linked with high glucose peaks in the blood, which can lead to Type 2 diabetes in the long term.

Therefore, Plantcarb has developed Hiamba, a 100% amylose flour. It is made from a grain based on an ancient variety barley, with a “remarkable” high yield and is resistant throughout the seasons.

Compared to other flours, the amylose is not broken down into sugars but converted into healthier short-chain fatty acids – thus helping prevent Type 2 diabetes.

Replacing traditional flours
The simplest application is to use the flour in traditional products like bread and bakery.

“This is already possible – there are flours out there with a high amylose content, such as that made from wheat and corn. However, there’s no 100% amylose that has been provided to the market.”

In this form, the amylose could be used anywhere any kind of starch is, such as condiments and confectionery. “In all these places, you can replace standard ingredients with our healthy starch.”

Strong enough for bicycles
The amylose can also be used as a raw material for extremely strong and bio-compostable plastic. According to Mousing, it is 100 times stronger than other starch-based bioplastics and has high tensile strength. “You can even build solid, compostable bicycles with it.”

The melting point is also considerably higher, which is ideal for injection molding and similar processes.

“In terms of packaging material applications, it can be used anywhere starch is already used. Most starches are already 25% amylose, so there’s no concerns or specific requirements.”

The material is also positioned as being a low-cost and eco-friendly alternative to plastics derived from fossil fuels.

“Once it’s exposed to nature, it disintegrates in a matter of weeks. It’s a really interesting raw material that is simply not out there at the moment,” adds Mousing.

Global bioplastic production is set to triple over the next five years, but pricing is often an issue. 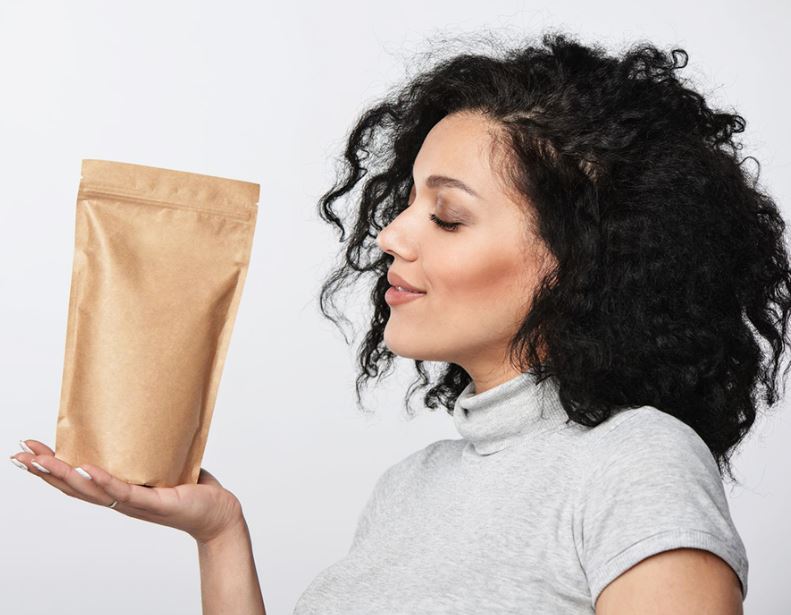 The amylose can also be used as a cost-effective bioplastic that is much stronger than other starch-based varieties.

GMO sentiments pose complications
Currently, Plantcarb’s crop is genetically modified, which makes it unfit for the European food market. Although GMOs in general are allowed in other regions like the US, Mousing explains that there is still “virtually no market” for GMO barley specifically.

“It is not commercially viable – the US is happy with GM corn and canola, but it does not accept GM wheat and barley. There are very strong opinions about this and strong lobby groups from those growing barley for malting,” says Mousing.

Therefore, Plantcarb is reverse engineering barley to create a non-GMO variety that can still produce 100% amylose.

“There are many steps to this. First, you make a genetic ‘Lego brick,’ which then you can start combining and putting together, which is the stage we’re at now. The whole process started that a couple of years ago, but it takes a lot of time because the plants need to grow, for example.”

He is confident that this can be achieved, spurred by the results of the GMO variety. “It is very stable and has been out there in a controlled environment for six to seven years. It behaves just like standard barley, and the taste is identical – it’s just the composition that is different.”

Seeking industry collaboration
Looking ahead, Plantcarb is now searching for companies that can test the amylose for application purposes across food and bioplastics. It is also looking for companies in the starch purification industry to come up with new ways to purify starch with shortcuts that require fewer resources.

Plantcarb is being supported by Dutch agrifoodtech accelerator StartLife, which has previously teamed up with investors like Pymwymic, Yili and Döhler Ventures.

“Plantcarb’s challenge now is to find their power as a platform technology and specify its application. Having said that, I believe it’s not a question if Plantcarb will become successful, but how fast,” says Carla van Heck, one of StartLife’s coaches.

Probiotics combined with healthy lifestyle may be a viable treatment for post-gestational diabetes, expert flag

Gnosis by Lesaffre study to test effect of vitamins K2, D3 and Empagliflozin on quality of life for diabetics

A new clinical trial aims to perform a large-scale investigation on the impact of combining the oral anti-diabetic medication Empagliflozin with vitamins D3 and K2. The... Read More