You are in : All News > Pink beverages beat clear for sports nutrition, finds placebo effect experiment 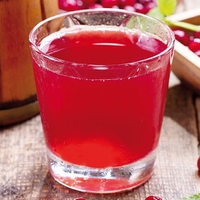 13 May 2021 --- The Centre for Nutraceuticals in the University of Westminster, UK, has found that adding pigments to beverages may lead to better athletic performance due to the placebo effect associated with drink color.

The data collected after the participants exercised reveals that those who had a pink drink – rather than a clear drink – ran an average distance of 212 m more and their mean speed had an increase of up to 4.4 percent. They also had an increase of the “feel good” hormone serotonin.

This is one of the first studies to test a correlation between athletic performance and consumers’ perceptions of color.

“The findings from our study combine the art of gastronomy with performance nutrition, as adding a pink colorant to an artificially sweetened solution not only enhanced the perception of sweetness, but also enhanced feelings of pleasure, self-selected running speed and distance covered during a run,” says Dr. Sanjoy Deb, a study author from the University of Westminster.

He tells NutritionInsight that the relationship between color and our psychological and physiological responses has long been known.

“In particular, the visual appearance of food has a significant impact on its palatability and enjoyment experienced when eating.”

“Sports beverages and supplements are typically assessed based on their ingredients, but we know that an individual’s beliefs and the placebo effect can have a considerable impact. With this research, I wanted to draw all this together to assess how our sensory perceptions of sports beverages can influence physical performance.”

Lowering the perceived exercise intensity
In the study, participants ran on a treadmill for 30 minutes at a self-selected consistent pace.

The color pink was chosen as the researchers deemed it to be associated with an increase in energy levels.

Previous research has shown that rinsing the mouth with carbohydrates may boost exercise efficiency by lowering the perceived exercise intensity. Exercise endurance is improved with the intake of a colorful beverage, the study concludes.

“Research is still in its infancy, but there are potential applications to other domains, including mental performance to making exercise feel more enjoyable for those who are just starting out. We hope to explore the various applications of F&B visuals on cognition, health and different sporting performances,” says Sanjoy.

Subliminal effects of visual cues
Sanjoy says that the influence of color on athletic performance has received interest previously, from its effect on an athlete’s sports gear to its subliminal impact on testosterone and muscular power.

“Similarly, the role of color in gastronomy has received widespread interest, with research published on how visual cues or color can affect subsequent flavor perception when eating and drinking.”

“The findings from our study combine the art of gastronomy with performance nutrition, as adding a pink colorant to an artificially sweetened solution not only enhanced the perception of sweetness, but also enhanced feelings of pleasure, self-selected running speed and distance covered during a run.”

The company previously stated that these colorless, unflavored protein-enriched beverages can improve health outcomes among the elderly, who stand to benefit from a higher intake of the macronutrient while staying hydrated.

In similar launches, FrieslandCampina Ingredients set in motion a concentrated protein gel said to be “a game changer” for athletic nutrition. It is formulated with the company’s Nutri Whey Isolate Clear.

Sanjoy also adds: “The potential for this research area can be huge for industry –  when thinking about new product development of functional foods and supplements, not only should we think about the specific ingredients but also how they can influence an individual’s sensory perceptions through visual appearance.”

“There needs to be more research on the effect of different colors and to determine what situations they would be best suited. To move this forward, we believe partnerships with industry are essential to maintain the scientific and practical value of the research.”