You are in : All News > Peanut skins boost milk chocolate’s health halo while slashing food waste 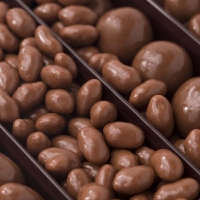 20 Aug 2020 --- Consumers seeking out the health benefits of dark chocolate while maintaining the sweetness and softness of milk varieties may one day be able to access just that. Following an investigation of over a decade, researchers have found that adding peanut skins can boost milk chocolate’s antioxidant properties while upcycling waste streams. Notably, these additions did not affect the texture or taste of the confection. This discovery presents a promising avenue for industry to tap into the healthy indulgence trend, as well as consumers’ increasing environmental concerns.

“This milk chocolate with peanut would appeal to anyone who prefers foods with more bioactivity. The cost of the peanut skin extract would be less than cocoa, so processors could use this material to create an equivalent product with less cocoa,” Dr. Lisa Dean, principal investigator and Research Food Technologist at the US Department of Agriculture (USDA), tells FoodIngredientsFirst.

The researchers used the phenolic compounds as a functional food ingredient in flavored coatings for peanuts. However, the extract could also be used in smoothies in that same way that powdered peanut butter is currently used. There has been interest in incorporating it into gummy candies as extracts from waste products such as fruit peels are used now, notes Dr. Dean.

While no allergens were detected in the phenolic powder made from the skins, the researchers note that products containing peanut skins should still be labeled as containing peanuts. Additionally, Dr. Dean has made a point to only use the ingredient in foods in which consumers would expect to find peanuts.

While the study received support and funding from the USDA Agricultural Research Service, Dr. Dean notes that Mars, Inc. owns patents on incorporating nuts skins (including peanuts) into foods. “However, USDA serves to do the basic research and transfer the technology to anyone interested in using it,” she adds. The study is currently being presented at the American Chemical Society (ACS) Fall 2020 Virtual Meeting & Expo.

Other potential uses include extending the shelf life of nut butters, which is set to be the topic of future investigation. The scientists also plan to further explore the use of peanut skins, coffee grounds and other waste products into additional foods. While commercial availability of their boosted chocolate is still a way off and subject to corporate patents, the researchers hope that their efforts will eventually lead to a better milk chocolate on supermarket shelves. 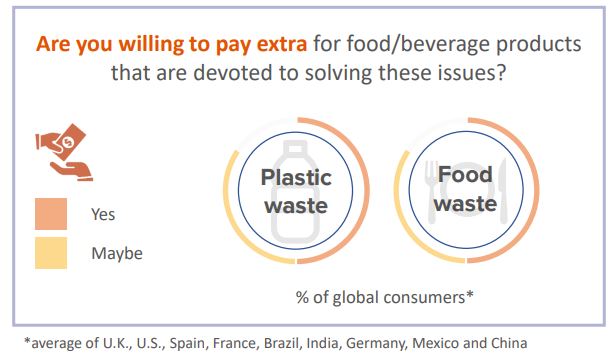 Click to EnlargeInnova Market Insights notes that many consumers are willing to pay more for products addressing food waste. Slashing waste
While dark chocolate already has high levels of phenolic compounds, which can provide antioxidant health benefits, milk chocolate has historically been missing out. However, the papery red skins of peanuts contain 15 percent phenolic compounds by weight. The researchers ground the skins into a powder and then extracted the phenolic compounds with 70 percent ethanol. The lignin and cellulose left behind can be used in animal feed as roughage.

This appeals to consumers who are increasingly aware of the impact of their purchasing behaviors on the environment, with food waste being a key concern. Echoing this sentiment,  “The Sustain Domain” was crowned as one of Innova Market Insights’ Top Ten Trends for 2020. In addition, a survey from the market researcher found that 65 percent of global consumers expected companies to invest in sustainability in 2018, rising to 87 percent in 2019.

Notably, around half of consumers are willing to pay extra for food and beverage products devoting to solving food waste, while approximately a third would consider it. This has had an impact on NPD, with researchers recently developing an inexpensive coating to protect fruits and vegetables that makes use of landfill-bound eggs.

Earlier this week, The Consumer Goods Forum also launched a CEO-led Coalition of Action on Food Waste, which saw 14 of the world’s largest retailers and manufacturers join forces. Meanwhile, the Australian government recently announced AU$4 million (US$2.8 million) in seed funding to create a new independent entity that will be responsible for driving food waste reduction.

Delivering on tasteClick to EnlargeMore than half of the taste testers preferred the 0.8 percent phenolic milk chocolate over the undosed control milk chocolate.
Following extraction, the phenolic compounds are combined with maltodextrin, a common food additive, to make it easier to incorporate into the final milk chocolate product. This also greatly reduces bitterness. Additionally, the researchers experimented with extracting the antioxidants from used coffee grounds and tea leaves. However, Dr. Dean notes that the polyphenols in peanut skins tend to be more polymerized than those in cocoa or tea.

Ultimately, at a level of 2.5 percent by weight of the extract added to milk chocolate, the chemical antioxidant activity was higher than the value reported in the literature for dark chocolate. The researchers also subjected the new confection to a trained sensory panel test, featuring chocolate squares with concentrations of phenolics ranging from 0.1 percent to 8.1 percent.

The taste-testers found that concentrations over 0.9 percent were detectable, but incorporating the phenolics at 0.8 percent resulted in a good compromise of a high level of bioactivity without sacrificing flavor or texture. In fact, more than half of the taste testers preferred the 0.8 percent phenolic milk chocolate over the undosed control milk chocolate. This sample had higher chemical antioxidant activity than most dark chocolates.

This development will no doubt appeal to consumers’ taste for better-for-you treats as they seek to maintain physical wellbeing as they juggle increasingly busy lives. The chocolate arena, in particular, has been a focus for activity as demands for clean label and healthy offerings are paradoxically rising at the same time as a growing appetite for indulgent, sumptuous products.

01 Mar 2021 --- Allergy guidelines encouraging infant peanut consumption may have reduced the risk of infant peanut allergies by up to 16 percent in Australia, according to a study... Read More

18 Feb 2021 --- The Hershey Company is conducting a multipronged strategy to lead the better-for-you chocolate category – a market worth an estimated US$1.3 billion or 6... Read More