You are in : All News > Out of this world investigation: Astronauts’ salt-regulating hormones differ in space 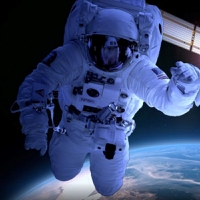 13 May 2020 --- Astronauts excrete less sodium in space than on land, which could have major implications for the heart health of future space travelers. This is according to the American Heart Association (AHA), whose journal, Circulation, has published a new study focusing on cardiac natriuretic peptides, a hormone that helps the body urinate out sodium. The researchers say their study was the first to measure these peptides in astronauts eating a high-sodium versus low-sodium diet in space and on Earth.

“While earlier studies suggested that central blood volume may be reduced with long-duration space travel, we did not expect such a substantial change. The regulation of the natriuretic peptide system, which is important for cardiovascular and renal function, has not been systematically tested in space. We were surprised to see a major reduction in natriuretic peptides,” Dr. Jens Jordan, study co-author and Head of Institute of Aerospace Medicine at the German Aerospace Center, tells NutritionInsight.

While in space, the astronauts excreted less sodium and their cardiac hormone levels were lower compared to when they were on Earth, regardless of which sodium diet they were on. It was found that although cardiac natriuretic peptide concentrations respond to changes in sodium intake, they are reset to lower levels. In the cosmonauts, blood volume levels also were lower in space than on Earth.

The researchers did encounter various obstacles owing to its galactic nature. Dr. Jordan notes that it is extremely challenging to conduct studies in space as there are few subjects and transport is difficult and expensive.

Major implications for research and drug development
Dr. Jordan further explains that the research was inspired by studies yielding novel concepts on how sodium chloride is handled in the body and how sodium affects many functions beyond fluid volume and blood pressure. For example, the researchers reasoned that changes in sodium handling in space – in addition to affecting blood pressure and the ability to stand following return to Earth – could have effects on bone metabolism.

“I think that the recognition that salt and salt-regulating hormones have many actions beyond blood pressure and volume control could have important implications for research and drug development,” he states. He also notes this could include the influences of sodium or natriuretic peptides on metabolic control or bone health.

“Astronauts on the news might look like they’re having a fun camping trip up there in their short sleeves and their temperature- and oxygen-controlled environment. However, a lot of changes actually do occur in their bodies. In the short course – six months or less – none of those changes are deleterious. But what are the long-term effects if we’re going to Mars for a three-year trip? What if humans start living in space for a long time?” ponders Dr. Michael Bungo, who is unaffiliated with this research. He is a cardiologist and former head of the Cardiovascular Laboratory at Houston’s NASA Johnson Space Center.

The researchers are now conducting studies on the influence that the natriuretic peptide system may have on glucose metabolism and how these mechanisms could be applied to patients with conditions including type 2 diabetes, obesity or hypertension. 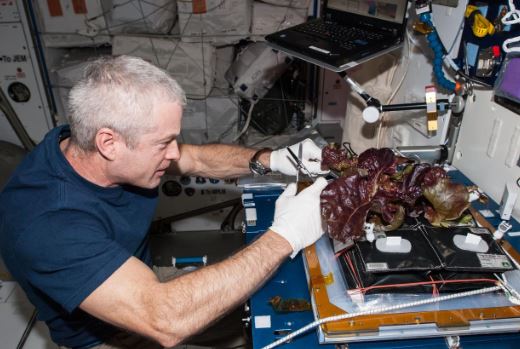 Click to EnlargeSpace can have a major nutritional impact, as also seen a separate experiment growing lettuce. (Source: NASA)Astronomical considerations
AHA points to past research investigating the risks that space travel can pose on human health, with effects noted on the brain, eyes and bones. However, space travel has a particularly noticeable impact on the cardiovascular system.

Without the pull of gravity, blood and water move into an astronaut’s upper body and head, making the face look puffy. The lack of gravity confuses the body into producing less blood and water, and that causes astronauts to become dehydrated when they return to Earth, according to AHA.

In March, astronauts in the International Space Station successfully cultivated red romaine lettuce, which was found to contain higher levels of certain nutrients – including sodium, phosphorus, sulfur and zinc – than Earth-grown varieties.

18 Jan 2021 --- The World Health Organization (WHO) has released a global laboratory protocol for measuring trans fats, or trans-fatty acids (TFA), in foods. It details a... Read More

22 Dec 2020 --- Omega 3 supplements do not raise cholesterol, according to US researchers. The findings dispel suggestions from a number of previous studies that show “bad... Read More

17 Dec 2020 --- BLS is drawing attention to a study finding D-Ribose and ubiquinol, a form of CoQ10, may positively impact mitochondrial function and help manage heart failure with... Read More