You are in : All News > Ongoing Study Reveals That Keratin-Derived Protein Plus Exercise Could Improve Type 2 Diabetes 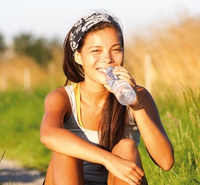 15 Aug 2016 --- Researchers behind the on-going study into whether a novel keratin-derived protein extract can enhance the benefits of exercise in people with type 2 diabetes, have announced that participants have shown meaningful improvements in the control of their diabetes.

The New Zealand researchers have also said participants have shown improvements in general health after taking part in the study.

Dr. Gram, Research officer at Massey University's College of Health explained, “One of our participants, who has now completed taking part in the study, says he is sleeping much better and he finds his alertness and concentration have improved.”

Gram added, “Another participant came on board at a time when her doctors wanted her to go on insulin treatment as her sugar levels had been increasing at an alarming rate. At completion of the study she experienced a massive drop.”

Four of the eight participants who have now completed the study no longer qualify to be considered type 2 diabetic, as their sugar level has dropped below 50.

Preliminary results from the study have been shown to Dr Nick Oscroft from Newtown Medical Centre in Wellington. He says patients have shown meaningful improvements in the control of their diabetes, as well as other measures of general health, “Speaking with those who have completed the study period, many have come out with a renewed sense of control over their long term condition and knowledge of how their body responds to exercise.”

Dr Gram says the reason for the beneficial effects might be caused by the unique amino acid and mineral composition of the protein, which may protect the body's tissues through anti-oxidant mechanisms.

The study is ongoing and the research team is currently looking for further participants to take part in the study.

07 Aug 2020 --- Chlorella vulgaris (chlorella) is pegged as a healthy, natural and sustainable superfood, which is in-demand during the COVID-19 period thanks to its... Read More

06 Aug 2020 --- Concern over COVID-19 has led to a rise in consumers’ stress levels and ultimately put a strain on overall brain health. In light of this, demands for... Read More

06 Aug 2020 --- Brain-focus baby snack brand Cerebelly has expanded its portfolio to 1,500 Target retailers throughout the US. Each Cerebelly baby food serving contains up to 18... Read More