You are in : All News > Nutrition industry “feels positive” about new EU rules for novel foods: survey 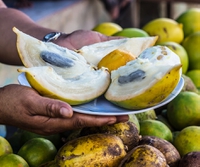 19 Dec 2017 --- According to research by the organizers of Vitafoods Europe, many people working in the nutrition industry feel positive about the EU’s new process for the approval of novel foods. However, experts are warning that there could be adverse implications for some companies’ intellectual property portfolios. The new regulations on novel foods, defined as anything without a significant history of consumption in the EU before 15 May 1997, come into force on 1 January 2018. For the first time, the approval system will be centralized, with applications submitted to the European Commission rather than individual member states.

There appears to be a degree of optimism about the new regime, the survey shows. A fifth (20 percent) of the 208 industry professionals surveyed say they think the new rules will have a positive impact. This was double the number who expected them to have a negative impact (10 percent).

More than a quarter of respondents (27 percent) said they had already taken action to prepare for the new rules, while 17 percent said they were now more likely to apply for novel foods status, compared with 12 percent who said they were less likely to do so.

Reforming the novel foods regulation is intended to streamline and speed up the application process. “The biggest problem with the old system was time,” says Liza Van Den Eede, Regulatory Affairs Director at Pen & Tec Consulting, who is presenting an update on the new process at Vitafoods Europe 2018.

“It took an average of three and a half years to get a novel food approval, and in some cases, it was five or even six. The better-defined deadlines in the new process, as well as the guidance from EFSA, should hopefully mean faster approvals. However, there are probably many companies that are pessimistic about the timescales based on experience with EFSA, since unforeseen supplementary information requests can slow down the process considerably,” she notes.

“On paper, this is a very nice process. It’s more streamlined, it’s clearer, and it should be faster. But like all legislation, the proof of the pudding is in the eating,” Patrick Coppens, Director of Scientific & Regulatory Affairs at Food Supplements Europe.

Another key change is that authorizations will be generic. This means that once a novel food is approved, it will in most cases be authorized for anyone to market.

“Of course, that’s not an incentive for companies to invest in a lot of safety investigations for the product,” says Coppens. “It will really depend on what companies can do to protect their intellectual property. If the return on investment is not certain, there will be some companies who don’t invest.”

“The new regulations certainly represent progress for traditional foods from third countries or for relatively simple products – exotic berries for example. But manufacturers of innovative synthetic or fermented ingredients who got authorization under the old regulation after investing heavily in research will be disappointed that their proprietary data is not respected in the way we had hoped. I’m also concerned that some products that should be subject to their own authorization might enter the EU market under a generic authorization. It remains to be seen how companies will take the responsibility to assess the status of their products.”

So could we see an increase in the number of applications for novel foods approval in 2018?

“It’s possible that a lot of companies have waited for the new regulations to kick in before submitting their applications,” says Dudek. “The definitions are clearer and progress never stops. It’s hard to predict, but I suspect the number of applications will increase.”

26 Jan 2021 --- Brexit has exacerbated uncertainty around Scotland’s hemp and CBD market, which could have major knock-on effects. Kyle Esplin, chair of the Scottish Hemp... Read More

09 Dec 2020 --- Kemin Industries has received approvals in the EU and Brazil, allowing its algae-sourced beta-glucan ingredient BetaVia Complete to be placed on both... Read More

20 Nov 2020 --- This week, Vitafoods Europe announced it will be hosted both physically and virtually in 2021. Amid the on-going pandemic, nutraceutical players catered to rising... Read More