You are in : All News > Nexira’s Cognivia may improve concentration and memory, reveal studies 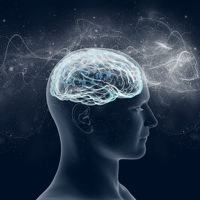 Sage has been known for its multiple health benefits and widely studied in the literature for cognitive performance benefits for centuries.

A boost for memory
This synergistic combination of Cognivia has been specifically developed for people wishing to improve their memory and concentration, such as e-gamers.

Cheryl Myers, chief of scientific affairs and education at EuroPharma, says: “Cognivia had a good human study showing improvement in working memory, face recall and other parameters of memory.”

Sage has long been known for its multiple health benefits.Cognivia has already demonstrated an acute and chronic effect on working memory on active healthy volunteers in a first clinical study.

The first clinical study published by Nutrients investigated the impact of the combination of Salvia lavandulifolia (Spanish sage) and Salvia officinalis (garden sage) on cognitive functions in humans with acute and chronic outcomes.

From five cognitive domains, which can be assessed through the Compass battery of tests used in the clinical study, a significant benefit of Cognivia was observed throughout working memory and accuracy task outcome measures.

Cognitive functions during physical activity
Sage supplementation has been shown to improve cognitive function in healthy individuals or patients. To date, no study has explored its relevance in the context of sporting performance.

This clinical study aimed to explore the acute effects of Cognivia on cognitive function in athletes performing a fatiguing cycling task.

Researchers concluded that the combination of Salvia varieties improved cognitive functions. The positive effects were obtained in fresh conditions and were maintained with fatigue.

New horizons for nootropics?Cognivia has already demonstrated an acute and chronic effect on working memory.
The cognitive health market and consumers’ perspective regarding the importance of mental health have both grown significantly over the past couple of years.

According to data from Innova Market Insights, nutritional cognition boosters are on the rise, as specific “nootropic” claims witnessed an average annual growth of 62% in both the dietary supplements and F&B market (Global, CAGR 2016-2020).

From children to older people, nootropics have a significant role to play on the cognition market, asserts Nexira.

The premiumization trend observed across industry is well poised to follow into the new year after Kyowa Hakko highlighted survey results showing 63% of supplement... Read More

A nutritional supplement with an added omega 3 fatty acid can improve cognition in severely malnourished children, according to a US study which says the findings can... Read More