You are in : All News > Misleading health claims? Some food labels are uncorrelated with actual nutritional quality, research finds 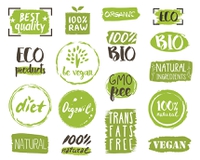 06 May 2019 --- There are four distinct ways that food brands claim to be “healthy” and these claims influence consumers’ expectations and choices for breakfast cereals, despite not being linked to the actual nutritional quality of the product. This is according to a new paper, titled Healthy Through Presence or Absence, Nature or Science? A Framework for Understanding Front-of-Package Food Claims. The authors are calling for more ethical labeling and stricter policy enforcement from regulators on misleading packaging claims.

Across four studies, Pierre Chandon, the L’Oréal Chaired Professor of Marketing, Innovation and Creativity at INSEAD (Institut Européen d'Administration des Affaires) and the paper’s co-authors developed and tested a classification of front-of-pack claims. They also established the disconnect between the nutritional profile and the front-of-pack claims on breakfast cereals and milk products, and how the types of claim predict consumers’ choices between different foods with or without food claims. In the 633 breakfast cereals included in one of their studies, 460 had a health or nutrition claim on the package.

The researchers suggest that marketing departments that care about ethics in organizations would do well to heed the findings of the research so that they do not inadvertently mislead consumers. This framework can help consumer researchers, public policy makers and marketing practitioners to better predict consumers’ perceptions of health claims and their subsequent food choices.

“Our work showing different inferences made about taste and health (and further, the different interpretations of health) based on claims that are more scientific or natural or positive or negative underscore the challenges in presenting the right number of and set of claims, as some consumers will be more attracted to products they see as “healthier” whereas other consumer will not. The manufacturer must do all they can to communicate information that is true and not misleading. And sometimes this might mean going the extra mile by providing insights about what a claim doesn’t mean (for example, low cholesterol does not mean low fat, lower sugar does not mean lower calorie, and so on),” Chandon tells PackagingInsights.

These claims influence perceptions, even when there is no link to actual nutritional quality.

Although there was no link between the type of claim and overall nutrition quality for breakfast cereals, consumers expected the type of claim to be a strong predictor of the healthiness, taste and dieting properties of the products. None of the claims the researchers surveyed explicitly said that the product would make people healthier (or help them lose weight or stay thin), yet consumers interpreted these claims as such. And their perceptions influenced their choices.

One study gave participants one of three goals – healthy eating, indulgent eating or weight-loss – to see how the type of claim helps predict consumers’ choices between different foods with or without food claims. Consumers who have a goal to lose or maintain weight strongly prefer claims that remove negatives (“low fat”) unlike those who are interested in healthy eating or eating for enjoyment who favor nature-based claims.

“To our surprise, the correlation between the type of ‘healthy’ claim made and the actual nutritional quality of the breakfast cereal was almost zero (0.04), to be precise,” says Chandon.

As people move away from nutrition-based to nature-based approaches to “healthy” eating, so do food claims.

“This should raise alarm bells for regulators,” notes Chandon. “The first principle of regulating marketing claims is to ensure messages are accurate, but policymakers need to go further. Marketing claims must not only be accurate; they should also not be misleading in such a way that consumers expect benefits that a product does not deliver.”

“It’s clear that consumer trust in the food industry is decreasing, just like trust in government and other institutions is also decreasing. It is actually somewhat ironic because companies are now more transparent than before (as can be seen from Coca-Cola’s decision to divulge the list of research projects that they have financed) and more careful about their claims. We should also underscore that companies are shifting from science-based claims to nature-based claims as a response to changing consumer attitudes,” Chandon tells PackagingInsights.

The importance of how the nutritional content of foods is communicated via labels to consumers has come under the spotlight in recent years, especially when seemingly healthy products are uncovered as containing high levels of sugar or salt.

Earlier this year, a 4-year EU-funded research project, CLYMBOL – Role of Health-related Claims and Symbols in Consumer Behavior found that health and nutrition messaging on packaging should be as simple as possible, as well as scientifically substantiated.

Research such as CLYMBOL is useful due to the confusion around health and nutrition claims. According to a study from the University of Surrey, published in Nutrients, consumers often have pre-determined beliefs about nutrients and their relationship with health outcomes, which can lead to label misinterpretations. The researchers suggest that policymakers should consider better educating consumers so that they can understand and respond appropriately to claims in the marketplace.

Research supported by Seed Health has investigated a new approach to innovating probiotic and synbiotic compositions via gene sequencing and vitamin B12... Read More

Science “not yet there” for personalized gut health guidance, argues InsideTracker

The science is not yet developed enough to personalize nutrition based on gut microbiome testing, a new analysis of current research has concluded. It was led by... Read More

Plant-based diets may lower the risk of prostate cancer and erectile dysfunction, according to three new studies presented by the American Urological Association (AUA)... Read More