You are in : All News > Microbiome holds potential for treating milk allergy, mice study finds

16 Jan 2019 --- Gut microbes from healthy infant donors transplanted into mice prevented allergic reactions to milk, while gut microbes from infant donors with milk allergies failed to do the same, according to a Chicago University study. Supported by the US National Institutes of Health (NIH) and published in Nature Medicine, the study findings suggest that gut microbes can significantly affect allergic responses to foods.

The researchers found that infants who are allergic to milk have different compositions of gut microbes compared to non-allergic infants. Previous studies have revealed that certain microbes are linked to lower risk of food allergy development, leading the researchers to further examine if gut microbes of infants without milk allergies could work protectively against milk allergy.

Allergy to cow’s milk should not be confused with lactose intolerance, as the latter is not a food allergy, according to the US National Institute of Allergy and Infectious Diseases. Intolerance to a food product means the host has an abnormal response to it, such as uncomfortable gas build up, but a food allergy denotes a severe and sometimes life-threatening reaction of the immune system to the food. 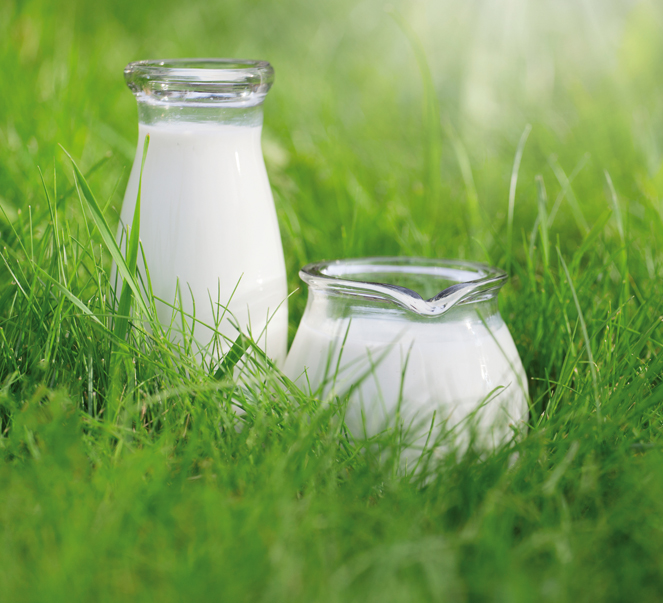 Click to EnlargeIn the study, gut microbes from eight human infant donors were transplanted into groups of mice sensitized to milk protein, meaning the mice’s immune systems created allergic antibodies to milk. The researchers later exposed the mice, who received no microbes or received microbes from infants with milk allergy, to milk. These mice experienced anaphylaxis, a potentially life-threatening allergic reaction.

However, repeating the process with mice who received microbes from non-allergic infants resulted in this group showing no reactions to milk.

Further analysis of the infant donors’ stool samples revealed many differences between the allergic and non-allergic to milk groups. The mice treated with microbes from healthy infants harbored a family of microbes that is touted as shielding against the development of food allergies.

The researchers found that one particular microbe, Anaerostipes caccae, prevented the development of milk allergy when transplanted alone into groups of mice. Then they sampled cells from the mice’s gut linings, where food allergies in mice and humans develop.

The study revealed that mice who received microbes from non-allergic infants expressed different genes compared to those that did not, suggesting that microbes residing in the gut impact the host’s immune system. The study concludes that intestinal microbes play a critical role in regulating allergic responses to food and suggest that further research could lead to microbiome-modifying therapies to prevent or treat food allergy.

Allergy to cow’s milk is globally the most common food allergy in infants and young children. About 2.5 percent of children under three years old are allergic to milk. Nearly all infants who develop an allergy to milk do so in their first year of life.

Food allergies are an increasing concern for consumers and a recent cross-sectional study survey published in JAMA Network Open, revealed that almost one in five US adults believes that they have food allergies, despite data showing that one in ten actually has one.

27 Jan 2020 --- Following a string of recent takeovers, Nestlé has entered into an asset purchase agreement with Allergan to acquire the gastrointestinal medications Zenpep... Read More