You are in : All News > Mibelle Biochemistry debuts upcycled coffee skin and natural retinol alternative for plant-based skincare 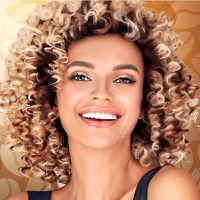 07 Apr 2022 --- With an eye on scaling closed loop and natural plant-based solutions for the beauty industry, cosmetic ingredients supplier Mibelle Biochemistry is spotlighting its upcycled coffee silverskin SLVR’Coffee for moisturization alongside its NovoRetin, a natural alternative to retinol sourced from the Greek islands.

“All people are familiar with coffee, but not silverskin. We are the first company to introduce silver skin extract to cosmetics.” Dr. Franziska Wandrey, head of research at Mibelle Biochemistry, tells PersonalCareInsights at the Global in-cosmetics show.

SLVR’Coffee and NovoRetin were showcased at the Global in-cosmetics, Paris, where the company won the Silver Green Award for MelanoGray at the show. The awarded item is known for anti-hair graying properties and is sustainably derived from upcycled peel paste from organic Chios mandarins. It is described to stimulate melanin and reduce the gray hair ratio by 21.6%.

Utilizing silverskin for moisturization
Silverskin is the outermost skin of roasted coffee beans that is upcycled using a supercritical CO2 extraction process.

“We thought why not use this and do something meaningful out of it because most of it is just dumped or burned for now. So we do a CO2 extract from it to extract the lipophilic components,” Wandrey adds.

She continues: “we use this extract to improve skin barrier and for skin moisturization. So it’s great for body care. We have a study in the wintertime on dry legs. It’s a problem for a lot of people.”

“We saw a nice effect already after 14 days on skin moisturization.”

Upcycled plant-powered beauty
Wandrey explains that the company carried out molecular analysis on the components of SLVR’Coffee. 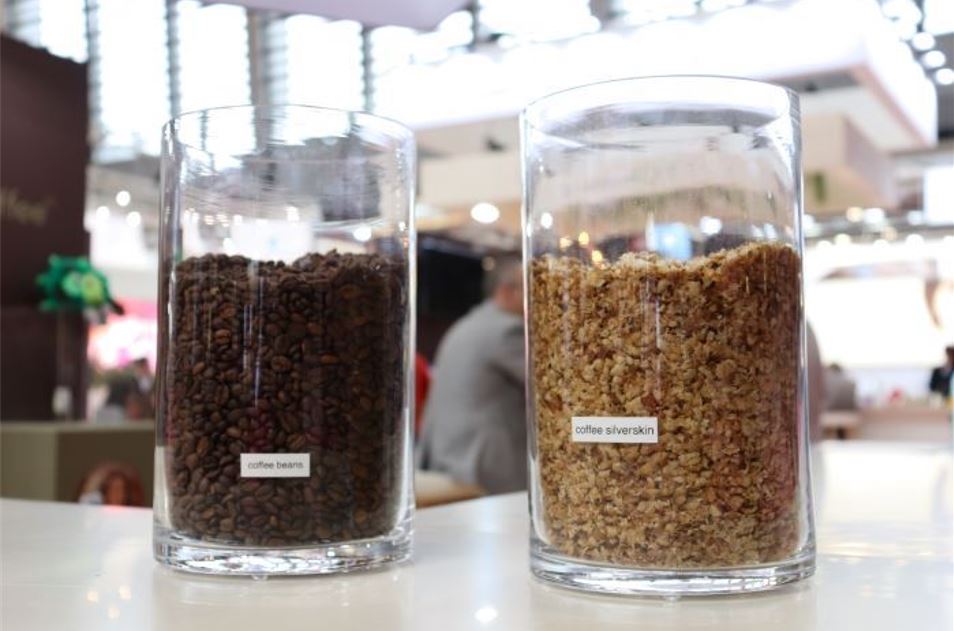 Coffee silverskin is the innermost layer of the coffee cherry surrounding the coffee beans.

“We found many interesting components that are related to coffee. There are two molecules called kahweol and cafestol. These have been shown in the literature to be beneficial for cells, and that’s why we went into exploring its effects on whole skin protection and skin barrier activity.”

SLVR’Coffee follows a “biomimetic concept” that protects the epidermis from internal and external stressors, including transepidermal water loss. This results in hydrated skin.

Retinol alternative sourced from Greek islands
Commenting on the potential for NovoRetin, Wandrey explains: “Retinol has some drawbacks. It’s not easy to formulate. It’s not very stable and presents some problems. The active molecule retinoic acid is not even allowed in cosmetics.”

“So we have a plant-based solution that is based on mastic,” she highlights. “It’s a resin from a tree that grows on a Greek island, and it’s sustainably harvested there.”

“Nanoemulsion is a very new mechanism that is being used in cosmetics for the first time and is inspired by the medical field.”

NovoRetin encourages the boost of the skin’s natural retinol activity from within, Mibelle Biochemistry claims.

“We make it available and water-soluble for cosmetics by formulating it in nanoemulsion,” adds Wandrey.

Honing in on enzymes
Wandrey explains that NovoRetin targets enzymes within the skin that degrade the naturally produced retinoic acid in the skin. The enzymes are problematic as they prevent the benefits of retinoic acid from affecting the skin.

“By inhibiting the enzyme that does this, we can keep our endogenous natural levels of retinoic acid active without adding retinol from the outside.” 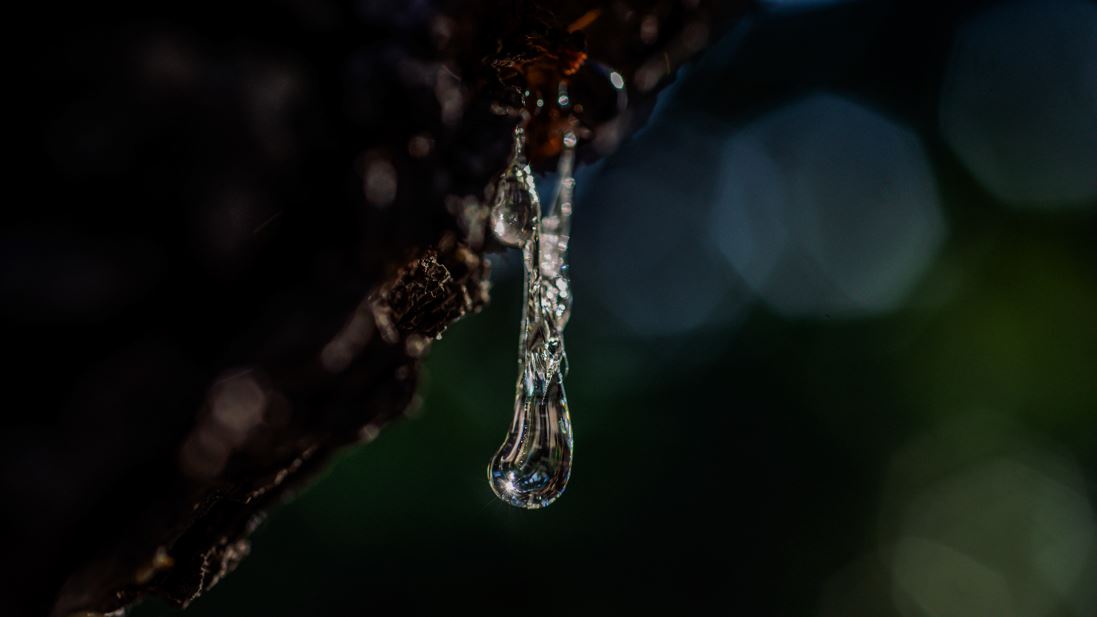 NovoRetin encourages the boost of the skin’s natural retinol activity from within.

“You could also use NovoRetin as a booster in retinol formulations to make them more efficient. Retinol that is applied topically gets degraded in the skin. We can stop this or even prolong the efficacy,” suggests Wandrey.

In-vitro test results
Wandrey says the company carried out in-vitro tests to prove that the enzyme that degrades retinoic acid can be inhibited. Additionally, clinical studies were carried out on multiple skin types.

“We did separate in vitro tests, first to show that we can inhibit this enzyme that degrades retinoic acid, but we also did many clinical studies on different skin types,” says Wandrey.

“We did it on Caucasian and Asian skins in different countries because retinol has two main activities. One is anti-aging, and one is anti-skin impurities. We have clinical studies for both.”

“That’s all the retinoid-like effect. But we even have more because of the properties of the mastic resin – we also have an immediate effect,” explains Wandrey.

“So when you apply 2% of the active ingredient once, within 30 minutes, we see a significant wrinkle reduction in the crow’s feet area. The original-like effect will be after 28 days because the skin takes some time.”

By Venya Patel reporting from the show floor of in-cosmetics 2022 in Paris, France

Global provider of botanical ingredients for dietary supplements Monteloeder is expanding its Eternalyoung ingredient to the Chinese market and showcasing it at... Read More

DSM has joined a coalition to help Nigerian food producers fortify foods at effective levels in a new pilot program. The collaboration will oversee the development... Read More

Garden of Life is expanding its line of beet supplements to support anti-aging, liver function, heart health as well as skin and nail health. The supplements are... Read More