You are in : All News > Maternal fluoride exposure: A danger to children’s IQ? Experts remain skeptical

20 Aug 2019 --- Fluoride exposure during pregnancy is associated with lower IQ scores in children aged 3 to 4 years in a prospective birth cohort study published in JAMA Pediatrics, a medical journal of the American Medical Association. This study examined whether exposure to fluoride during pregnancy was associated with IQ scores in children in a Canadian birth cohort in which 40 percent of the sample was supplied with fluoridated municipal water. Experts in the field, however, have spoken out against the findings of the study, calling for discretion when reviewing its results.

For decades, the JAMA Pediatrics researchers note that community water fluoridation has been used to prevent tooth decay. Water fluoridation is supplied to about 66 percent of US residents, 38 percent of Canadian residents and 3 percent of European residents. In fluoridated communities, fluoride from water and beverages made with tap water makes up 60 to 80 percent of daily fluoride intake in adolescents and adults.

The prospective, multicenter birth cohort study used information from the Maternal-Infant Research on Environmental Chemicals cohort. The study examined children who were born between 2008 and 2012, 41 percent of whom lived in communities supplied with fluoridated municipal water. The study sample included 601 mother-child pairs recruited from six major cities in Canada, where children were between ages three and four years at testing. Data were analyzed between March 2017 and January 2019.

The study assessed samples maternal urinary fluoride (MUF) from 512 pregnant women, averaged across 3 trimesters, as well as self-reported maternal daily fluoride intake from water and beverage consumption available for 400 pregnant women. In conjunction, the IQ of child subjects was assessed at ages three to four years using the Wechsler Primary and Preschool Scale of Intelligence-III. Multiple linear regression analyses were used to examine covariate-adjusted associations between each fluoride exposure measure and IQ score.

Of 512 mother-child pairs, the mean age of participating mothers was 32.3 years. Women living in areas with fluoridated tap water compared with non-fluoridated water were noted as having significantly higher mean MUF concentrations and fluoride intake levels per day. Meanwhile, children had mean Full Scale IQ scores of 107.16. A 1-mg/L increase in MUF was associated with a 4.49-point lower IQ score in boys, but there was no statistically significant association with IQ scores in girls. A 1-mg higher daily intake of fluoride among pregnant women was associated with a 3.66 lower IQ score in both boys and girls.

Rebuttals from the scientific community
Commenting on the study, experts in the field have maintained a degree of skepticism, while pointing out certain fallacies in the JAMA Pediatrics study. 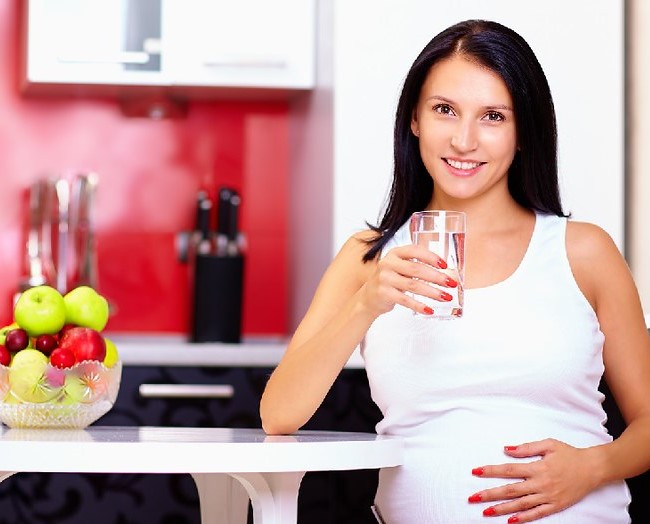 Click to EnlargeExperts have pointed out fallacies in the JAMA Pedriatics study.

“First, the claim that maternal fluoride exposure is associated with a decrease in IQ of children is false,” explains Professor Thom Baguley, Professor of Experimental Psychology, Nottingham Trent University, UK. “This finding was non-significant, but not reported in the abstract. They did observe a decrease for male children and a slight increase in IQ (but non-significant) for girls. This is an example of subgroup analysis – which is frowned upon in these kinds of studies. This is because it is nearly always possible to identify some subgroup that shows an effect if the data is noisy.”

A further issue is that the estimate of the decrease in IQ for male offspring is infeasibility large – at four to five IQ points, Baguley points out. “This level of average deficit would be readily detectable in previous studies and is likely a reflection of bias or very noisy data (the interval estimate here is very wide). As high fluoride areas are not randomly assigned, there are also countless uncontrolled confounders. While they did correct for a limited set of covariates, the overall effect was non-significant with and without covariates. In summary, it is not correct to imply that the data here show evidence of a link between maternal fluoride exposure and IQ. The average change in IQ is not statistically significant.”

Meanwhile, Dr. Oliver Jones, Associate Professor of Analytical Chemistry, RMIT University, Australia, elaborates that while the theme of this study may sound frightening (hinting that high fluoride may affect children’s intelligence), there are several factors that should be kept in mind when reading it.

“There are also a number of potential confounding factors including the fact that the water intake was self-reported and, as the authors admit, some of the methods used are not validated. One observed association also only seems to occur in boys and not girls but no explanation is given as to why this should be the case,” he points out.

Professor Kevin McConway, Emeritus Professor of Applied Statistics at The Open University, UK, adds: “This question would need to be researched in a lot more detail, in my view, before any clear conclusions can be drawn. I think that there are far too many questions to be answered before pregnant women reduce their fluoride intakes, or public health authorities change their advice or policies.”

“The reduction in average IQ scores in young children, associated with higher fluoride intake during their mothers’ pregnancies, is really fairly small, and there are reasons to doubt whether the reduction is entirely caused by fluoride intake anyway,” concludes McConway.

05 Dec 2019 --- New research indicates that expectant mothers may not be receiving sufficiently adequate nutrition during preconception and pregnancy. This is according to an... Read More

14 Nov 2019 --- Processed foods, accounting for more than half of an average US consumer’s daily calories, are linked to lower measures of cardiovascular health, while... Read More

“Mind the gap”: IADSA underlines importance of omega 3 and folic acid in first 1,000 days of life

13 Nov 2019 --- Many pregnant women and babies do not have adequate intakes of omega 3 and folic acid, highlighting how further education is necessary to fill the gap between... Read More

08 Nov 2019 --- Allergy symptoms can range anywhere from annoying to painful to deadly. Therefore, industry is called upon to seek out the best methods to prevent allergies and... Read More