You are in : All News > Lonza reopens Chinese facilities as companies wave off coronavirus threat 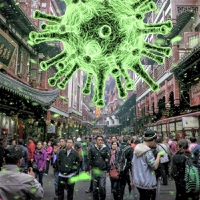 07 Feb 2020 --- As the coronavirus continues its spread – both within China and around the world – it is taking a serious toll on the nutrition and personal care industries as supply chains and customers feel the threat. Nonetheless, many companies remain optimistic that the epidemic will pass quickly, leaving them relatively unscathed. Lonza has resumed production at the majority of its Chinese facilities, which had remained shut earlier this week. Meanwhile, L’Oréal has acknowledged that the epidemic will have a “temporary impact” on the beauty market in China, but expects that consumption will bounce back.

“The slightly extended shutdown of an L-Carnitine plant is not affecting customer supply as we have sufficient stock outside China to meet current demand. Going forward, we expect there to be some disruption to logistics and customs, for example, but at this stage, it is difficult to gauge the extent of potential impact. Shipments into and out of the People’s Republic of China, have been minimized due to government restrictions. Logistics are expected to begin normalizing the week of February 10, subject to local policies,” a Lonza spokesperson tells NutritionInsight.

The Switzerland-based company had been investing in China, most recently with a new facility to support companies developing therapeutic proteins – from preclinical to launch phases. Currently, Lonza has four production sites in the country, one of which is still under construction.

Many production facilities had already been closed for Chinese New Year.Regionality within China
One of the production plants is the aforementioned L-Carnitine plant in Nansha, Guangdong, which is set to reopen on Monday. A site in Suzhou resumed operations for capsule manufacturing on January 30, following government approval. Meanwhile, a Nansha site received government approval to restart operations for small molecule API on February 4. Crucially, none of these facilities are in the Hubei Province, the location in which the coronavirus was originally detected.

As the facilities had already been closed for the Chinese New Year holiday period, Lonza made the decision to extend the closure into this week, pending further guidance from local authorities. Additionally, the company has some continuous operations in other facilities that were not shut down over the holiday period and thus have remained open over this week.

“We are diligently monitoring developments related to the outbreak and are in close contact with local and regional authorities as well as our staff and customers. As a responsible employer, we have taken measures to protect our employees and any third parties visiting our sites in China. Measures include temperature checks and the provision of disinfectants and personal protection devices, such as face masks. We are also extending the provision of masks to family members,” the spokesperson adds.

Other companies maintain confidence
Farlong Pharmaceutical, a US-based herbal ingredient and supplement company, is also confident of its supply chain. “Our plant is unique to the South West region of China. Currently, the coronavirus outbreak is under control in that part of the country. Farlong is a vertically integrated supplier with its own plantations, manufacturers and distributors, and we are doing what we can to help with the situation by donating herb products, protective materials and money. We hope the situation will improve quickly,” Jing Struve, Executive Director of Farlong Pharmaceutical, tells NutritionInsight.

The company has recently completed a three-year clinical trial to determine the effects of its NotoGinseng, which revealed that the extract’s supplementation has a positive influence on reducing the risk of cardiovascular disease.

Meanwhile, Jean-Paul Agon, Chairman and CEO of L’Oréal, has stated that “the coming weeks will certainly be challenging for the people of China in their battle against the coronavirus epidemic and we want to convey our deepest solidarity with them. We are, of course, fully supportive and united with our Chinese teams, and are carefully monitoring the situation. We trust the Chinese authorities to take effective and appropriate measures to best contain this epidemic.”

He continues that the disease will have a temporary impact on the beauty market in the region and, therefore, on its business in China and Travel Retail Asia, even if it is too early to assess. However, the company also anticipates that after a period of disturbance, consumption resumes stronger than before.

“Therefore, at this stage, and assuming that this epidemic follows a similar pattern, we are confident in our capacity this year again to outperform the beauty market and achieve another year of growth in both sales and profits,” adds Agon.

A broader pictureFactories and companies in many cities and provinces were told to halt operations until at least February 9.
The coronavirus first emerged before Chinese New Year, when over 600 million people travel home to celebrate the major holiday. Nuherbs, a major supplier of traditional Chinese medicine (TCM) herbs to the US market, highlights that this means that Chinese industrial production in January and February usually dips by around 20 percent. Therefore, many companies plan in advance around this holiday.

Nonetheless, logistics this year have been complicated by the quarantine of Wuhan and 15 other cities. Additionally, factories and companies in many cities and provinces were told to halt operations until at least February 9. Assuming that a further extension of the holiday isn’t imposed, it may still take up to a week for factories to restart productions as many workers will need to travel back to where they work, after having been stranded in their hometowns.

The timing of the coronavirus is further complicated by the US-China trade war, which had already seen some companies shaken. While some companies purchased more ingredients in advance of the tariffs, or perhaps before they were raised, others did not, preferring to wait to see if those extra costs went away.

Indeed, in late January, the American Herbal Products Association (AHPA) noted that US companies may wish to delay imports until February 14. This is when lower rates come into effect following a partial US-China trade agreement that will reduce tariffs on some imported Chinese goods used by US supplement and food companies.

The company notes that as it had anticipated the Chinese New Year shutdown, it recently received material and has enough stock on hand. It also made commitments to farmers last fall to acquire herbs that meet its standards, and this material was processed to Nuherbs’ specifications immediately after harvest. It is now ready and waiting to be shipped, once this situation passes.

Other companies in the food and beverage space have also been hit, with Carlsberg noting that sales may be affected by the closure of entertainment spots and dining outlets across China. Starbucks, Nestlé and Cargill have all also taken action.

DSM unveiled two endeavors this week that will enhance its dietary supplement distribution abilities in North America and expand production of its methane-reducing feed... Read More