You are in : All News > Keto or fasting may be beneficial for stress resilience in muscle stem cells, study reveals

Keto or fasting may be beneficial for stress resilience in muscle stem cells, study reveals

09 Jun 2022 --- Muscle stem cells have proven to be more resilient to stress when fasting or following a ketogenic diet, a mouse study published in Cell Metabolism reveals. In the analysis, muscle stem cells appeared to enter a deep resting state.

While fasting was found to make muscle stem cells more resilient to stress – nutrient deprivation, cell-damaging chemical exposure and radiation – it was found to slow down the process of injury repair.

Although the study focused on muscle stem cells and was tested on mice, it is believed the findings are “applicable to other tissue types throughout the body.”

“As we age, we experience slower and less complete healing of our tissues. We wanted to understand what controls that regenerative ability and how fasting impacts this process. We found that fasting induces resilience in muscle stem cells to survive during deprivation and are available to repair muscle when nutrients are again available,” says Thomas Rando, professor of neurology and neurological sciences at Stanford University. 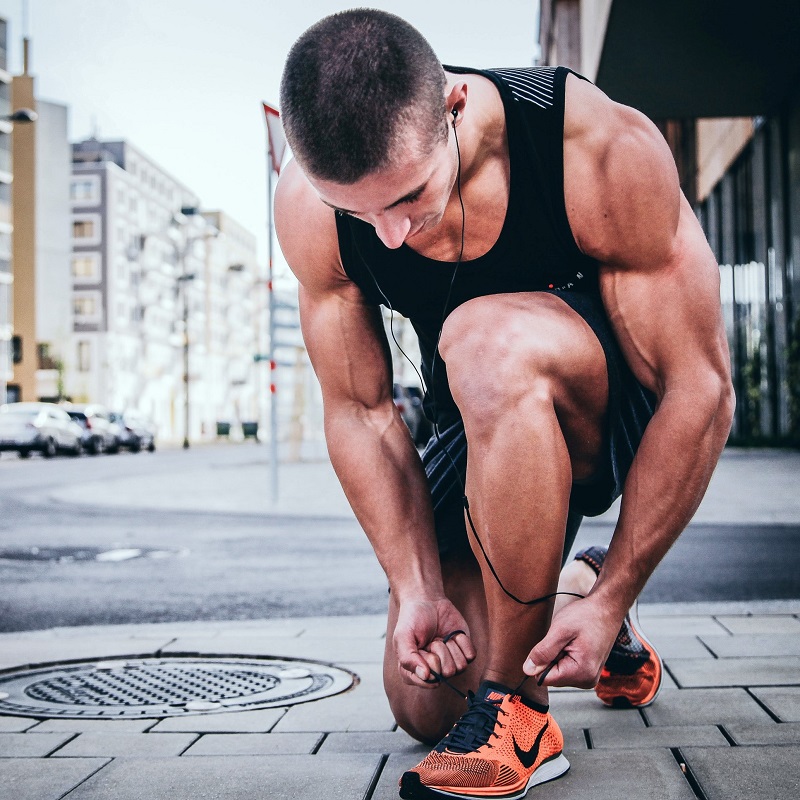 Entering a ketosis state was found to have more potential than just fat burning.Fasting and keto
The ketogenic diet is high in fats and protein while low in carbohydrates and no added sugar. The aim is to reach a ketosis state – a process where the body does not have enough energy to burn, resulting in fat burn due to increased metabolism.

The Stanford University researchers explored how the body responds in times of periods of food deprivation, giving insights into the effects of aging and the ability to repair and regenerate damaged tissue in the body.

Their study investigated the effects of fasting on muscle regeneration. It reported that fasting slows down muscle repair. However, it has been previously known that a ketogenic diet does promote deep relaxation of muscle stem cells.

The rising popularity of the keto diet is well evidenced, with it being more described as a lifestyle rather than a diet.

Negative and positive effects
The fasting mice in the study showed to be less able than other mice to regenerate muscle growth after fasting between one to two and a half days. Their lowered regenerative capability lasted up to three days after the end of the fast, and after a week, they gained back the weight they lost during the experiment.

The study found that the muscle stem cells from the fasting mice were smaller and less rapidly divided than the control group, yet more resilient. They survived better in challenging conditions, such as nutrient deprivation, cell-damaging chemical exposure and radiation. They could also be transplanted into animals better than those muscle stem cells from the non-fasting mice.

“Usually, most laboratory-grown muscle stem cells die when transplanted. But these cells are in a deep resting state we call ketone-induced deep quiescence that allows them to withstand many kinds of stress,” Rando notes.

Results of fasting showed lowered muscle regeneration levels, yet a higher resilience toward several challenges.However, the non-fasting muscle stem cells were instead treated with beta-hydroxybutyrate – a ketone body – which resulted in the same characteristics as the fasting animals.

Additional comparison was made between old and young animals by treating them with ketone bodies. The older group showed that the aged muscle stems grew more poorly than in the younger group. Both groups showed increased survival in muscle stem cells.

Further research required
Periodic fasting has increased in popularity as a diet trend, being an alternative to entering a calorie deficit.

Several previous studies on lab animals have shown overall health benefits of being in a calorie deficit state, such as an extended lifespan expectancy. However, it is difficult to translate into humans as it is complex to achieve over a more extended period.

It has been noted that the effects of intermittent fasting on tissue aging and regeneration lack studies, according to the researchers.

“Cells evolved to exist in times of abundance and in times of deprivation. They had to be able to survive when food was not readily available,” highlights Rando.

“Ketone bodies arise when the body uses fat for energy, but they also push stem cells into a quiescent state that protects them during deprivation. They are protected from environmental stress in this state, but they are also less able to regenerate damaged tissue.”

A study published in Nature Communications by the Buck Institute for research on aging has revealed a relationship between dietary restrictions, eye health, circadian... Read More