You are in : All News > Jennewein sues Nestlé Nutrition on HMO-related patent infringement within Germany 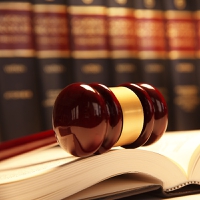 15 Jan 2020 --- Jennewein Biotechnologie has filed a patent infringement suit with the regional court in Mannheim in Germany, against Nestlé Nutrition and its holding company Nestlé Deutschland. Nestlé offers its infant formula Beba Supreme for sale in Germany, which Jennewein claims contains two specific human milk oligosaccharides (HMOs) produced by a protected process. NutritionInsight spoke with Nestlé Nutrition, who noted that it has “not received any official notification on this matter,” and is, therefore, not in a position to comment on it.

When informed of Nestlé’s response of being unaware of the move, Jennewein’s patent attorney, Dr. Andreas Hübel confirmed that they have not yet received any response. Hübel also tells NutritionInsight that in Germany, the court forwards the suit to the defendant. “If Jennewein Biotechnologie prevails, Nestlé will be mandated by the court to remove the products from the shelves.”

As Nestlé offers its infant food containing HMOs in countries other than Germany, Jennewein is currently investigating measures against the assumed infringement of its corresponding foreign patents through Nestlé’s manufacturing of products such as Illuma, SMA, NAN and Gerber Good Start.

“The asserted patents provide protection for processes of purifying a neutral HMO from a fermentation broth in an industrial scale. This is achieved In an economically feasible manner to obtain the neutral HMO in a purity that renders said neutral HMO suitable for human consumption. This also allows it to meet the specifications given in the approval of regulatory authorities such as the US Food and Drug Administration (FDA) and the European Food Safety Authority (EFSA) for use of fermentatively produced HMOs,” Hübel explains.

“The patented process involves a set of process steps including separation of the microbial cells which produce the neutral HMO during fermentation, ion exchange treatment of the cell-free fermentation broth and further process steps. Given that the scope of a process patent extends to the product obtained by said process, a neutral HMO produced by using the process of the patent also infringes,” he adds.

Last year, Jennewein made some significant growth moves and, in this spirit, protecting its patented formulations is important to the company. For example, Jennewein and Inner Mongolia Yili Industrial Group (Yili Group), China’s leading dairy company, signed a Memorandum of Understanding on research into infant microbiome and HMOs. Their goal is to develop an infant formula and dairy products specifically tailored to the Chinese market – the largest global market for baby food.

Under the agreement, Jennewein Biotechnologie will provide the HMOs and contribute expertise in HMO and microbiome research, while Yili Group will complement “the fruitful cooperation with their extensive and deep knowledge about human milk composition and the microbiome, in particular in the Chinese population, and their expertise in the development of infant formula and dairy products for the Chinese market,” Dr. Hue-Tran Hornig-Do, who handles the Scientific Communication for Jennewein, told NutritionInsight at the time.

The company also published the results of its “Growth and Tolerance” study, a clinical trial first launched in July 2018. The study set out to investigate how HMOs affect the development of the intestinal microbiome and whether there is a link between HMOs in breast milk and the intestinal microbiome of children. The results revealed that fortifying infant food with HMOs is suitable for babies, alleviating a key concern for mothers who cannot or do not wish to breastfeed their children.

Danone to export specialty infant formula to supply-strapped US

As the US continues to grapple with infant formula shortages, the Food and Drug Administration (FDA) announces that Netherlands-based Danone will be shipping products... Read More

This week in nutrition news, BASF reported solid earnings within its Nutrition & Care division, which increased by 30.9 % to €2.1 billion (US$2.14 billion).... Read More