You are in : All News > Ingestible Skincare Going Mainstream, Consumer Study Shows 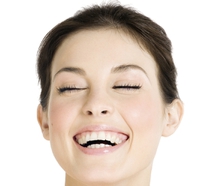 03 May 2017 --- Ingestible skincare is on its way into the mainstream, with millennials particularly likely to embrace the category, research by global carotenoid supplier Lycored has shown. Two-thirds of the surveyed consumers say they see the concept of taking a supplement for skincare as normal. Moreover, millennials are more likely to have used an ingestible skincare product than older age groups, indicating a shift in attitudes over time.

Lycored’s supplement-ready carotenoid blend Lycoderm, which promotes healthy, resilient skin, will be showcased at Vitafoods Europe next week. Ahead of the event, the company surveyed 480 British and French consumers. Two-thirds (66%) agreed with the statement “The idea of taking a supplement for skin health or beauty is normal.” Only 14% said the idea was “not normal.” Over four in ten (43%) consumers in the millennial age group (18-35) said they had used an oral product to benefit their skin health at some point. This compared with 39% of 36-49 year olds, 23% of those aged between 50 and 69, and 14% of those aged 70 or over.

The survey, carried out in March 2017, included 480 consumers (240 in France and 240 in the UK) who had purchased a skincare product (e.g. moisturizer, cream, lotion, pill or supplement for beauty or skin health) over the past 12 months.

Lycored also explored barriers to the category. Among respondents who had never taken a pill or supplement for skincare, 46% said the main reason was that “It seems to make more sense to apply a product to my skin.” The second most commonly cited reason was “I wasn’t aware I could achieve the same skincare benefits by taking a pill or capsule” (32%). These barriers were least likely to be cited by the millennials who were surveyed, suggesting that awareness of the potential of ingestible skincare is highest among younger consumers.

In related news, the findings of a skin health study, funded by Lycored, support the increasing evidence of photo-protection by oral supplementation with carotenoids. The findings build upon a growing body of research explaining the role antioxidants play in human skin health and overall protection against solar radiation. Specifically, the paper sheds light on a particular niche within this field of research: how Lycopene-Rich Tomato Nutrition Complex (TNC) and lutein can protect against UVA/B- and UVA1 radiation at a molecular level.

The study was conducted by the Leibniz Research Institute for Environmental Medicine, and published in the British Journal of Dermatology.

"Lycored prides itself in securing clinically-backed findings on the efficacy of ingredients that go into each of our formulations, and this study supports this core value; demonstrating the vital skin co-protection benefits of natural lycopene from lycopene-rich tomatoes and lutein from Marigold flowers," says Golan Raz, Vice President of Health and Nutrition at Lycored.

The article, titled: “Molecular evidence that oral supplementation with lycopene or lutein protects human skin against ultraviolet radiation: Results from a double-blinded, placebo-controlled, cross-over study,” can be accessed online at British Journal of Dermatology.

Zev Ziegler, Head of Global Brand & Marketing Health at Lycored, says: “Ingestible skincare – once seen as a niche category – is rapidly heading for the mainstream. Consumers, particularly those under the age of 35, are increasingly recognizing the benefits of supplementation for healthy, resilient skin. There’s a very clear generational shift in favor of ingestible skincare, and with further work to inform consumers we can achieve even more.”

Over the past year, Lycored has engaged in a campaign to make the ingestible skincare category more mainstream by challenging traditional attitudes to beauty. The company’s “#rethinkbeautiful” initiative has achieved significant results in consumer-facing media and on social media, with over 400,000 views for its Beauty is What you Make it film.

Natural colorings are a must for any food and beverage manufacturer but they can be difficult to work with, since they sometimes produce inconsistent results. With our Tomat-O-Red® and Lyc-O-Beta® natural red, orange and yellow colorings, you can be confident of achieving the authentic appearance you desire in your products time after time. Tomat-O-Red® is created using tomato derived lycopene and offers a more technically sound red coloring alternative to unstable beetroot and anthocyanins, and also carmine, which is not vegetarian-friendly. Lyc-O-Beta® is sourced from Blakeslea trispora, a beta-carotene-rich, allergen-free natural fungus cultivated by Lycored. Both color ranges are available in liquid form and Lyc-O-Beta® is also available as a water-soluble powder. They are approved for use as food colorants in the EU, US, Japan and Australia. They are also certified Kosher and Halal, non-GMO, vegetarian and are heat, light and pH stable.

Great taste is what keeps consumers coming back for more – and it’s within easy reach with Lycored’s portfolio of ingredients for natural taste and texture improvement, all of which qualify for a simple foodstuff declaration on the label – just ‘tomato’. Within the range, SANTE offers a balanced roundness, intensity and lingering flavour in almost any food application, while our new Dry Tomato Pulp combines an authentically fresh and vibrant red color with a stable texture for red sauces (including pasta sauces), ketchups and soups. Our Lyco-Fibers are an excellent way to naturally modify pulpiness, viscosity and mouthfeel, with declarable fiber content, in sauces, soups and meat products.

For Lycored, nutrition isn’t complicated – it’s natural. It all just starts with a seed – our seed. At the heart of our business is our hero ingredient, Lyc-O-Mato®, a patented tomato extract that’s rich in lycopene and a range of other phytonutrients, including phytoene, phytofluene, beta-carotene, tocopherols and phytosterols. Scientific research has shown that the phytonutrient complex in Lyc-O-Mato™ works in synergy with the natural lycopene to offer powerful antioxidant activity and health benefits.

Lycored also offers nearly 400 fully approved active ingredients suitable for use in pre-mixes. They can enhance the nutritional profile of products and create new positioning opportunities across a range of sectors, including infant formula, dairy, bakery and other staple foods. We’ll create a bespoke pre-mix formulation for your product from our extensive portfolio of vitamins, minerals, botanicals and other functional ingredients, all of which come from trusted and traceable sources. We’ll also ensure encapsulation and delivery methods are optimised for your application, so you can be confident that your end-product will perform just as intended.

At Lycored we’re proud to say that we know where all of our ingredients come from. They’re carefully grown on lush farms, where our farmers let nature work its magic. After harvesting, we apply gentle processing techniques to extract the active compounds from the raw material, which we use to create our unique and natural ingredient formulations. But we don’t just supply ingredients. We also like to share our expertise and work closely with our customers to support them in using our ingredients to create great products that will really resonate with consumers.

Contact us today to find out more about the fantastic potential of Lycored’s natural ingredients. Discover the World of Heart + Soil. http://www.lycored.com

19 Feb 2020 --- Bisphenol A (BPA)-free plastic products could negatively affect both a mother’s placenta and potentially the development of a baby’s brain. This is the... Read More