You are in : All News > Infant formula: DuPont and Inbiose gain EU regulatory approval of human milk oligosaccharide ingredient 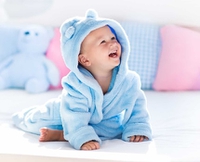 28 Mar 2018 --- DuPont Nutrition & Health and Inbiose NV have gained regulatory approval of their first human milk oligosaccharide (HMO) ingredient for infant formula in the European market. Evidence suggests that HMOs benefit the health of developing infants by supporting digestive, immune and cognitive development. While human milk remains the gold standard for nourishing a baby’s growth, not every mother is able to breastfeed; the large-scale production of HMOs brings infant formula an important step closer to human milk, DuPont reports.

HMOs are the third-most abundant solid component in human milk, after fat and lactose, and until now these complex carbohydrates represented the largest compositional gap between human milk and infant formula. There are more than 100 HMOs found in human breast milk, with 2’-fucosyllactose (2’-FL) being the most abundant.

HMOs, complex carbohydrates found in breast milk, are an important breakthrough innovation in infant formula, developing a product with more of the health benefits associated with human milk. They are believed to exert numerous important physiological functions, including facilitating the establishment of a healthy microbiota, blocking the attachment of pathogens and promoting immune-system development.

In 2016, Inbiose and DuPont Nutrition & Health (DuPont) announced a joint development and licensing agreement for the exclusive rights to produce and commercialize 2’-FL and other selected fucosylated HMOs for food applications.

“After many years of critical research and significant investment, we are delighted to see the first of our range of human milk oligosaccharides becoming commercially available, thus addressing a major gap in the nutritional composition of infant formula,” says Prof. Wim Soetaert, Inbiose executive chairman. “Thanks to our successful collaboration with DuPont, our first HMO is now commercialized, with many others to come.”

“The substantial equivalence dossier for 2’-FL received EU Novel Food approval in December 2017,” said Paul Tenning, regulatory affairs manager, EMEA, for DuPont, “and we are excited to be able to bring this important new ingredient for infants and children into the European market.”

2’-fucosyllactose, which will be marketed by DuPont under the brand name CARE4U, is already approved for use in dietary supplements, with potential applications related to digestion and immune health.

Until recently, complex carbohydrates such as HMOs were not available in larger quantities from extractive sources (e.g., cow’s milk), and the few that could be chemically synthesized were prohibitively expensive.

Inbiose developed a proprietary platform technology to produce specialty carbohydrates such as HMOs. This fermentation-based production method has now been developed to industrial levels, allowing the large-scale production of 2’-FL that is fully identical to the 2’-FL HMO found in human milk.

“Our competency lies in the rapid development of cost-effective production methods for specialty carbohydrates,” says Joeri Beauprez, Inbiose CSO. “Through our platform technology, we will continue to excel in the production of such ingredients, making these ingredients and their health benefits available to society at large.”

“We will be the leading supplier of HMOs for infant nutrition and beyond,” says Steen Lyck, Global Business Development leader for DuPont. “Our unique experience and capabilities give DuPont the ability to leverage synergies with multiple HMOs and probiotics; 2’-FL is just the beginning.”

The DuPont Logo is a trademark of DuPont de Nemours, Inc., or its affiliates.

Research by Morinaga Milk has unveiled the order in which Bifidobacterium species reach an infant’s gut has an impact on the way human milk oligosaccharides (HMOs)... Read More

During an “uncertain macroeconomic environment” Chr. Hansen reports a 17% organic growth to date from the start of the year for the health and nutrition... Read More

Ripples of innovation across the lactosphere are being generated by new food technology advancements, which include a new superfood sourced from discarded bovine... Read More