You are in : All News > Heparin medication found to promote food intake and weight gain 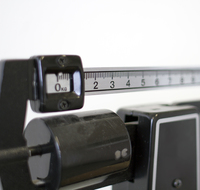 07 Sep 2017 --- Heparin, a medication widely used to prevent blood clotting, is named after and mimics the naturally occurring anticoagulant in the body. However, research published this week in Cell Reports shows that heparin also has a different role as a promoter of food intake and body weight increase in animal models. These results suggest that heparin could potentially be used in drugs regulating appetite and weight control.

“I hope that our work [will] stimulate more clinical studies to carefully examine and validate the effects of heparin on food intake in humans, and future applications of this medicine to treat eating-related conditions should be based on results from these clinical studies,” co-corresponding author Dr. Yong Xu, Associate Professor of Pediatrics at Baylor College of Medicine, tells NutritionInsight.

“Our earlier studies showed that serum heparin levels in mice increased significantly during starvation. These encouraged us to explore a potential role of heparin in feeding control,” co-corresponding author Dr. Gang Shu, Professor in the College of Animal Science at South China Agricultural University, says of the study.

“In addition to its role as an anticoagulant, heparin, which is normally produced by the body, has been known to affect other biological functions. In this study, we are among the first groups to investigate heparin's potential role in regulating the body's energy balance,” Xu adds.

Interestingly, “we also demonstrated that heparin activates AgRP neurons by competing with insulin for binding to the insulin receptor,” says Shu.

“Insulin and heparin have opposite effects on AgRP neurons,” Xu explains. “Insulin treatment suppresses AgRP neuron firing of electrical impulses and expression of AgRP neuropeptides. We found that heparin competes with and prevents insulin from binding to insulin receptors on AgRP neurons.”

Although this study was conducted in animal models, it has potential implications for human patients because the medication heparin is widely used in clinical settings to prevent blood clotting. The results raise awareness about a new effect of heparin that can potentially affect how the body regulates appetite.

In addition, the Baylor College of Medicine press release notes that the study suggests that heparin could potentially be a target for treating eating disorders, including overeating, a leading cause of obesity in most of the world.