You are in : All News > Gut-boosting plant-based diet may promote heart health in women

19 Feb 2020 --- Adhering to a plant-based diet over animal products may counteract unfavorable microbes known to increase risk of heart disease. This is according to a new study by the Tulane University Obesity Research Center in New Orleans, published in the Journal of the American College of Cardiology. The findings from the ten year study provide further evidence of the role of certain gut microbes may play as a biomarker for heart disease and strengthen the case for intervention of the microbiome in heart disease prevention.

The body’s gut microbiota is comprised of a series of microbes that play an important role in our metabolism, nutrient absorption, energy levels and immune response. A gut-microbiota related metabolite known as trimethylamine N-oxide (TMAO) is produced when gut bacteria digests nutrients commonly found in animal products such as red meat. It has been connected to increased heart attack and coronary heart disease (CHD) risk. Maintaining a vegan or vegetarian diet has been found to reduce the amount of TMAO produced in the body, according to the researchers.

“Diet is one of the most important modifiable risk factors to control TMAO levels in the body,” says Lu Qi, MD, Director of the Tulane University Obesity Research Center and senior author for the study.

“No previous prospective cohort study has addressed whether long-term changes in TMAO are associated with CHD, and whether dietary intakes can modify these associations. Our findings show that decreasing TMAO levels may contribute to reducing the risk of CHD, and suggest that gut-microbiomes may be new areas to explore in heart disease prevention,” Qi adds. 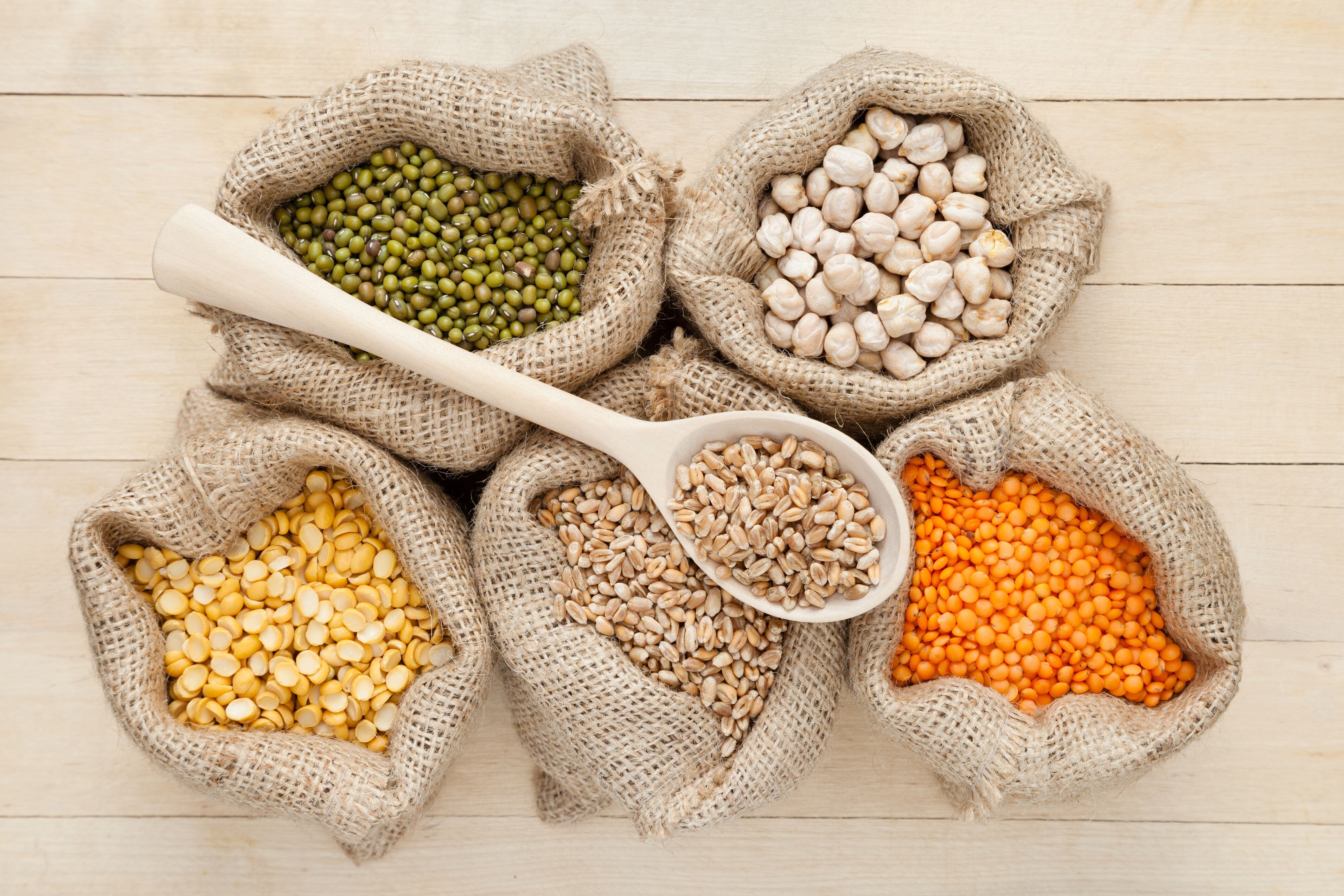 Click to EnlargeProtein derived from pea, lentil and chickpea are taking off as the plant-based trend gains steam. The study authors examined 760 women in the Nurses’ Health Study, a prospective cohort study of 121,701 female registered nurses aged 30 to 55 years old. Women were asked to report data on dietary patterns, smoking habits and physical activity, plus other demographic data and provide two blood samples taken at Cleveland Clinic, ten years apart. The researchers measured plasma concentrations of TMAO from the first collection to the second blood collection. After adjusting for participants with available plasma TMAO levels at both collections, there were 380 cases of CHD and 380 demographically matched-control participants without CHD chosen by the researchers included in the analysis.

The risk of CHD was calculated by changes in TMAO levels in the body throughout the follow-up period. Assessing TMAO levels relies on diet and nutrient intake; the researchers investigated how diet quality modifies the association between TMAO and CHD. Women who developed CHD had higher concentrations of TMAO levels, higher BMI, family history of heart attack and did not follow a healthy diet including higher intake of vegetables and lower intake of animal products. Women with the largest increases in TMAO levels across the study had a 67 percent higher risk of CHD.

The study authors found no differences in TMAO levels between the CHD and control participants at the first blood sample collection. TMAO levels examined in the second blood sample collection taken 10 years later were significantly higher the participants with CHD. Every increase in TMAO was associated with a 23 percent increase in CHD risk. This association remained after controlling for demographic, diet and lifestyle factors, confirming the link between higher TMAO levels and CHD risk.

“The results should encourage us to continue to advocate for a more widespread adoption of healthy eating patterns,” says Paul Heidenreich, MD, MS, Professor of Medicine at the Stanford University School of Medicine, in response to the study.

Meet Harvey and Harvetta: The virtual humans shaking up personalization

29 May 2020 --- FrieslandCampina Ingredients is launching Biotis GOS, a galactooligosaccharide prebiotic, along with a health benefits platform, which is also called Biotis. The... Read More

28 May 2020 --- Human milk oligosaccharides (HMOs) may inhibit the binding of noroviruses to human receptors, according to recent results from Jennewein Biotechnology’s... Read More