You are in : All News > Guarana extract offers gut microbiome and antioxidant efficacies, research discovers 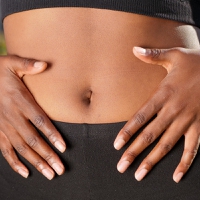 10 May 2022 --- The extract from the seeds of guarana (Paullinia cupana), offers nutraceutical potential to support healthy gut microbiota, according to new research. Guarana seed extract was also shown to have “high antioxidant capacity.”

The findings could impact how guarana is used in future gut health and healthy aging formulations, according to its researchers, who say the study is “one of the first of its kind”.

“In recent years, it has become obvious that the microbiota have an impact on the health status of the host, including the aging process. The differences in gut microbiota composition between elderly and younger populations have been extensively proven,” the researchers highlight.

“However, it is yet unknown if these differences are just the consequences of the changes in host physiology and diet, or if microbes could actually accelerate the aging of the host.

Guarana berry is a key ingredient in the popular Brazilian soft drink, Guaraná Antarctica.“The high capacity of guarana in scavenging free radicals was also patent in vivo, given that the activity of two of the major antioxidant enzymes was significantly lower when the worms were exposed to the guarana extract.”

“However, the antioxidant and life-extending effects did not correlate in terms of the extract concentration,” they note.

“We hypothesized that guarana might have extended the worm lifespan, not only due to its antioxidant capacity but also by reducing the folate production of E. coli. Indeed, we found out that it significantly reduces the production of 5-methyl THF-glu3 and 5/10-formyl THF-glu3.”

Full of caffeine and polyphenols
The guarana seed extract was found to contain caffeine, which is naturally present in guarana in high amounts.

“On the other hand, the phenolic compounds found – catechin, epicatechin and A-type procyanidin dimer – are also often detected in guarana, despite its content possibly varying, depending on the geographical location of the plant,” say the study authors.

According to the study authors, the results were as expected: “It is not surprising that the radical scavenging capacity of the extract was so high, given the known hydrogen and electron-donating ability of polyphenols.”

E. coli metabolism
The study was conducted by preparing an ethanoic extract from guarana seeds and assessing its antioxidant capacity in vitro utilizing a 2.2-diphenyl-1-picrylhydrazyl assay, which is a stable free radical and colorimetric tool to detect free radical scavengers. The extract was studied in vivo using Caenorhabditis elegans (C. elegans), or roundworms.

This may indicate the effects of guarana on the worms worked partly through modifications on E. coli metabolism.

However, the study authors caution: “With the current data, we cannot give categorical assurance that the effect observed in the animals fed with dead E. coli is due exclusively to the antioxidant effect of the extract or corresponds to the net benefit of its antioxidant effect in the model.”

Future studies to explore this are planned.

A placebo-controlled study, published in Frontiers on Nutrition, has uncovered the impact of cranberries on visual memory function for an older age group. The results... Read More

Gnubiotics Sciences and ADM team up for feline and canine nutrition

Algalif and Divi’s Nutraceuticals team up for astaxanthin beadlets launch