You are in : All News > Green protein boost: INCJ and Mitsubishi Corp. invest over US$15m in microalgae protein maker 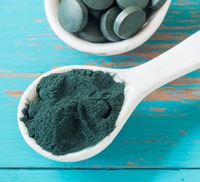 23 May 2018 --- Innovation Network Corporation of Japan (INCJ) and Mitsubishi Corp. (MC) have announced a joint investment in microalgae company Tavelmout through the acceptance of a third-party allocation of shares by Tavelmout. The total investment amounts to 1.7 billion yen (US$15.47 million), evenly split between INCJ and MC. Through their participation in Tavelmout, a company aiming to mass produce and popularize spirulina, MC and INCJ are seeking to contribute to the diversification of sustainable protein sources.

Tavelmout is a bio-venture company established in 2014 by the Chitose Group, a group of biotech companies “devoted to leave next generations a sustainable environment.” After this capital increase, INCJ and MC will join Tavelmout as new shareholders, each with 31.43 percent ownership of the company. Tavelmout plans to utilize the funds raised towards the construction of a new production site in Brunei. Construction of the new factory is expected to be completed in the summer of 2019.

Algae can grow by photosynthesis alone, and due to its high productivity per unit area, is attracting attention as a vital protein source. Spirulina, with a particularly high protein content (over 65 percent  on a dry weight basis) and nutritional value, is rich in vitamins, minerals and fibers.

“Compared to other general protein sources, Tavelmout (Fresh Spirulina) contains a greater amount of proteins per dry biomass basis. For instance, the protein content of soybeans, one of the most popular protein source, is approximately 30-35 percent (of its mass), whereas more than 65 percent of Tavelmout’s dry mass is protein,” Yu Deguchi, Group Communication Division Manager for Chitose, tells NutritionInsight.

“The nutritional value of proteins in spirulina is quite ideal as shown in a high amino acid score (determined by composition of essential amino acid among amino acids comprising the protein, as a standard to measure the value of the protein as a nutrition) of 86 and  PDCAAS value of 0.91,” he adds.

As the global population grows and dietary habits change in accordance with economic development in emerging countries, worldwide protein demand is expected to increase substantially in the future. There are forecasts of growing food demand exceeding supply, with imbalances occurring as early as 2030.

In addition to technologies of strain development and mass cultivation accumulated by the Chitose Group for organisms including microbes, microalgal cells and animal cells, Tavelmout has developed a technology to process spirulina biomass, and has succeeded in developing a “Raw Spirulina” product that, according to the company, makes full use of the characteristics of Spirulina - highly rich in protein and nutrients.

As for cultivation, in addition to the open-pond system commonly used for cultivation of microalgae, a novel, economically feasible, and scalable closed flat panel photobioreactor (PBR, an apparatus to cultivate photosynthetic organisms including microalgae) system has been developed. Protein productivity using the present PBR system is about 20 times higher than that of soybeans, Chitose reports.

The all-natural brain health supplement BioPQQ, manufactured by Mitsubishi Gas Chemical, is to be added to the EU’s Approved List of Novel Foods, enabling the... Read More