You are in : All News > Good Nutrition Could Mitigate Stressed Caused Health Conditions 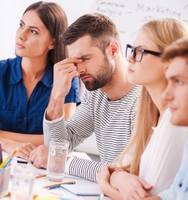 28 Nov 2016 --- Health conditions caused by growing up in stressful situations could be mitigated by good childhood nutrition, according to a recent study from the University of Amsterdam.

The research conducted by neuroscientists and biomedical scientists suggests that severe stress in early childhood (human examples are abuse and neglect or war trauma) results in impaired brain development and health issues later in life.

For example, people exposed to early-life stress have a higher risk of developing depression, anxiety disorders and other diseases such as obesity, and on average have a lower IQ and a less effective memory.

Previous research conducted by neuroscientists Eva Naninck, Paul Lucassen and Aniko Korosi revealed that stress during early development also permanently changes the brain in mice. This current study conducted by the same group demonstrates that supplementing the nutrition of the mother during this early period can mitigate the harmful consequences of this early-life stress later on.

“The fact that nutrients can influence impaired brain development deriving from stress in early childhood is hopeful,” says Korosi.

“It enables us to look in a targeted way for nutritional interventions for children who are growing up in stressful circumstances, for example babies that have to undergo long-term hospital stays.”

To induce stress in young mice, the researchers gave mother mice only a limited amount of material with which to build their nests.

As a result, their care for their young changed, and they left the nest more often in order to look for nesting material.

Mothers in the control group who had plenty of nesting material at their disposal, on the other hand, stayed in the nest with their young for much longer periods of time.

The researchers gave half of the stressed mother mice a dietary supplement containing various nutrients which the body is unable to produce on its own, such as vitamins B6, B9 (folic acid) and B12 and the functionally related aminoacid, methionine. The researchers found an increased hormonal stress response and reduced methionine levels in the brains of those young mice whose mothers were stressed, but were not given the nutritional supplement.

In addition, these mice had an impaired memory as adults; they were less able to remember locations and objects.

The young of stressed mothers that were given supplemented nutrition were more similar to conspecifics growing up under normal circumstances.

They had higher methionine levels in the brain and a lower hormonal stress response when young, and as adults they performed better on several memory tasks than the early-stress exposed mice whose mothers did not receive a nutritional supplement.

The researchers emphasise that this explorative study was unable to fully explain precisely how the stress system and metabolism work together in this early period and in brain development. It is unclear whether the impaired development is due to the fact that stress-exposed mothers produce less nutritious milk, or if the problem lies with absorption in the body or brain of the young mice, which may also experience stress as result of the mother’s unpredictable behaviour.

However, according to Naninck the results are still valuable.

“Scientists tend to view metabolism and stress as unrelated systems, but we have demonstrated that in fact they work together in early brain programming.”

“We hope that our insights can contribute to new nutrition strategies to mitigate the lasting effects of a seriously disturbed childhood.”

Before this kind of nutritional intervention can be used in people, it first has to be established whether human mothers and babies under serious stress, experience similar disturbances to mice.

Currently, the group’s first step is to investigate whether the nutritional content of human breast milk also changes under stress.EndFragment

Integrating quinoa as part of a regular diet may prevent the development of Type II diabetes because it helps control glucose changes, according to a study coming out of... Read More

Increased temperatures can worsen nutritional intake, according to a 15 year study across five West African countries. The findings reveal a link between heat exposure,... Read More