You are in : All News > General Mills reduces salt, ramps up nutrient content across categories 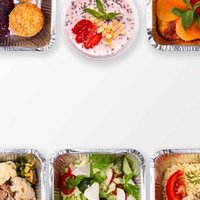 In addition to reducing sodium, General Mills has also gradually continued to improve the nutrient density of its products by increasing whole grain, fiber, vitamins and minerals across food groups.

“We focused our sodium reduction efforts on the products categories where we could make the greatest impact, which demonstrates our commitment to the overarching goal of reducing American dietary sodium intake,” a company spokesperson tells NutritionInsight.  “Over the years, General Mills has taken a gradual approach to sodium reduction using small, incremental steps to introduce the changes gradually, giving people time to adapt their palates to the lower sodium. Reducing sodium is complex and the same approach does not work across categories, or even in different products in the same category.”

Taking out the “baddies” and adding in the “goodies” has been a key nutritional theme of 2019. The company also notes that it has made significant sodium reductions in many other categories that were not officially part of its commitment, including frozen breakfast products, dessert mixes, grain snacks and frozen appetizers.

“We are making clear progress in becoming a more consumer-connected General Mills as evidenced by our continued work and commitment to sodium reduction,” says Tom Hockenberry, Senior Director of General Mills’ Innovation, Technology & Quality team. “As we continue on this journey, we have actively invested – and will continue to do so – in developing the advanced technical solutions that will be required to achieve additional sodium reductions.”

Reformulation drives NPD
Taking out the “baddies” and adding in the “goodies” has been a key nutritional theme of 2019. Regulatory pressure has placed pressure on the food industry to reduce components such as salt and sugar. In September, The World Hypertension League and an assortment of health bodies released a statement that called for a more hard-hitting approach to dietary salt reduction. Additionally, a Lancet study highlighted the need for reformulation to lead to less salt and more fiber, since one in five deaths globally is linked to poor diet.

A 2019 Innova consumer survey covering the UK, US, Spain, France, Brazil, Germany, Mexico and China found that “low/no sugar” is currently leading over “low fat” and “low calorie” as the claim most influencing purchasing decision. At the same time, however, interest is moving from changing a single micronutrient element toward more balanced and complete concept of health.

By Laxmi Haigh and Katherine Durrell

Amid concerns the UK government will scrap recently-introduced health and nutrition policies, researchers are increasingly worried the country is losing its focus on... Read More