You are in : All News > Fucose sugar may help prevent liver cancer from spreading 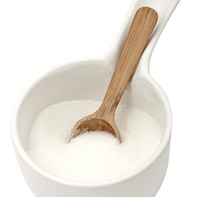 13 Oct 2017 --- Researchers at the RIKEN Global Research Cluster in Japan have discovered a way in which fucose sugar can prevent the spread of cancer in the liver. Published in the journal Cell Chemical Biology, the study details how treatment with a modified fucose sugar can disrupt a biological pathway, which in turn blocks hepatoma – cancer cells in the liver – from invading healthy liver cells.

Many important biological functions depend on a process called glycosylation, which is the attachment of sugars to other molecules such as proteins, lipids, or other sugars. When the sugar fucose (Fuc) is attached to a chain of sugars called glycans, they are said to be fucosylated.

One such disease is liver cancer, in which hepatoma are known to have excessive levels of fucosylated glycans. The RIKEN team reasoned that treatment targeting fucosylation in these cells might be effective in treating cancer.

Strategy for fucosylation
Biological pathways are chains of events in which a series of molecules interact with each other step by step, usually with the help of enzymes. In this case, several events transform glucose into a compound called GDP-fucose. An enzyme then detaches fucose from GDP and joins it to a glycan.

One way to inhibit this type of biological signaling process is to introduce molecular analogs – molecules that are similar to those needed in the chain of interactions.

The team at RIKEN used this strategy and compared the effects of two fucose analogs on fucosylation. Using several different types of cells, they found that one of them, 6-Alk-Fuc, virtually abolished all cellular fucosylation.

The next step was to determine how fucosylation was blocked. Experiments showed that the analog did not prevent the transfer of fucose from GDP-fucose to glycans, indicating that fucosylation itself was not affected.

The team reasoned that the effect must occur earlier in the chain of events. Additional experiments showed that 6-Alk-Fuc blocked GDP-mannose from becoming GDP-fucose.

As Kizuka explains: “The analog competed with GDP-mannose for attention from the enzyme FX, which prevented fucose from being made from GDP-fucose, making it impossible for downstream fucosylation to occur.”

With this knowledge in hand, the team was able to test whether the 6-Alk-Fuc has the potential to treat liver cancer. Using several cell lines of a hematoma that had excessive levels of fucosylated glycans, the team found that the analog was able to prevent healthy extracellular matrix from being invaded by the hepatoma, and was able to suppress migration of some hepatoma cell lines.

However, while it suppressed invasion, the treatment did not suppress hepatoma proliferation, meaning that the number of cancer cells continued to increase, even though they could not harm the healthy cells.

Kizuka says that the invasion-suppressive properties of this fucose analog make it a potentially promising treatment for suppressing cancer metastasis in Fuc-high cancers such as those found in the liver.

Investigation of 400,000 app users links some supplements with reduced COVID-19 infections in women

20 Apr 2021 --- Women taking certain supplements are less likely to test positive for SARS-CoV-2, the virus responsible for COVID-19 infection, according to an analysis of over... Read More

12 Apr 2021 --- Nestlé Research has linked a specific blend of myo-inositol (a type of sugar), probiotics, riboflavin, zinc and vitamins D, B6 and B12 to the decreased... Read More

22 Feb 2021 --- A new global study reveals that many refined-flour foods are associated with a higher risk of major cardiovascular disease, stroke and early death when compared to... Read More