You are in : All News > Fried foods linked to increased heart disease and stroke risk in global meta-analysis

19 Jan 2021 --- A new global meta-analysis links fried-food intake to a heightened risk of major heart disease and stroke. However, experts have warned that conclusions cannot be drawn due to wide study variation and other confounding factors.

The analysis was based on 19 studies published since April 2020, involving 562,445 participants and 36,727 major cardiovascular events, such as a heart attack or stroke.

These risks increased by 3 percent, 2 percent and 12 percent, respectively, in tandem with each additional 114 g (4 oz) weekly serving of fried foods.

Questioning the outcome
Critics of the study agree that avoiding fried foods is in line with the current understanding of what constitutes a healthy diet. 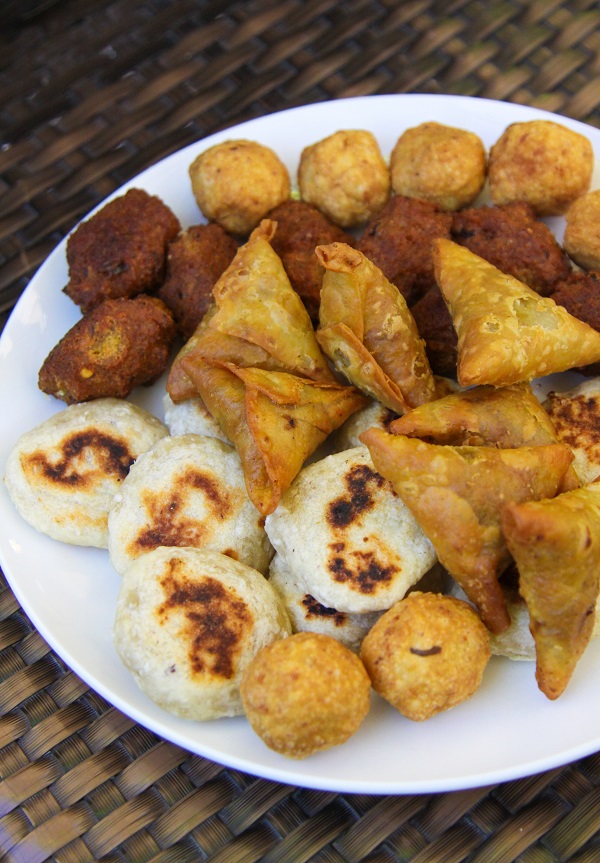 Click to EnlargeFried foods in the meta-analysis varied considerably in composition.“We know that frying food can degrade its nutritional value, generate trans-fats which are known to be harmful, as well as increasing the calorie content of the food, all of which eventually lead to processes that can cause heart disease,” says Riyaz Patel, professor of cardiology and consultant cardiologist at the Institute of Cardiovascular Science, who was not involved in the study.

“However, as this study only shows an association, it cannot say for sure that eating fried food itself causes heart disease.”

No correlation with death
Researchers also assessed the potential link between fried food consumption and increased risk of death.

Data was pooled from six studies involving 754,873 participants and 85,906 deaths over an average monitoring period of 9.5 years.

No associations were found for deaths, from cardiovascular disease or from any cause, but this might be because of the relatively small numbers involved, say the researchers.

Recognized limitations of the study
The design of the studies, when pooled together, varies considerably, caution the researchers. The studies also all relied on memory – factors that should be taken into consideration when interpreting the results.

“The participants were asked to say how often they ate certain food types, and how many servings they ate in a week or a month or some other period. It can involve people having to think back, possibly over as long as a year, about their eating habits. So there might be issues of inaccurate recall, as the researchers acknowledge,” says Kevin McConway, emeritus professor of applied statistics at the Open University in the UK, and who was not involved in the study.

Moreover, McConway points out that participants are unlikely to have self-reported accurate weight measurements of their food. This suggests that the increased 114 g of fried food associated with greater risk can produce a false sense of accuracy.

Click to EnlargeSocioeconomic and other confounding factors were not taken into account in this global meta-analysis.Types of fried foods in question
Several of the studies included in the analysis looked at only one type of fried food, such as fried fish, potatoes or snacks, rather than total fried food intake, which may have underestimated the associations found, suggest the researchers.

Furthermore, the researchers write that it isn’t clear how fried foods might influence the development of cardiovascular disease.

“There is a big difference between different types of fried foods, and it is unlikely that they all have the same impact on health,” warns Gunter Kuhnle, professor of nutrition and food science at the University of Reading, who was not involved in the study.

“Moreover, fried foods can be very different in different countries and regions – fish & chips, fish fry and pescaíto frito are quite different from each other,” he says.

Common confounders
Lastly, as a purely observational study, there are many lifestyle factors and variables that are not accounted for.

“High degrees of fried food consumption will go together with less favorable socioeconomic circumstances and patterns of health-related behaviors, such as smoking,” George Davey Smith, professor of clinical epidemiology at the University of Bristol, and who was not involved in the study.

While the study authors did not make adjustments for socioeconomic conditions or other confounding factors, they do acknowledge that fried foods tend to be served in an unhealthy context.

UK salt reduction program could save £1.64B, say researchers

22 Feb 2021 --- A new global study reveals that many refined-flour foods are associated with a higher risk of major cardiovascular disease, stroke and early death when compared to... Read More

19 Feb 2021 --- This week in nutrition news, Lallemand Health Solutions published a research review into connections between the gut microbiome and protection against viral... Read More

10 Feb 2021 --- Cholesterol from egg consumption increases the risk of cardiovascular disease (CVD) and death in the US, according to a population-based study published in PLOS... Read More